World Series 2020: Schedule and Predictions for Rays vs. Dodgers... 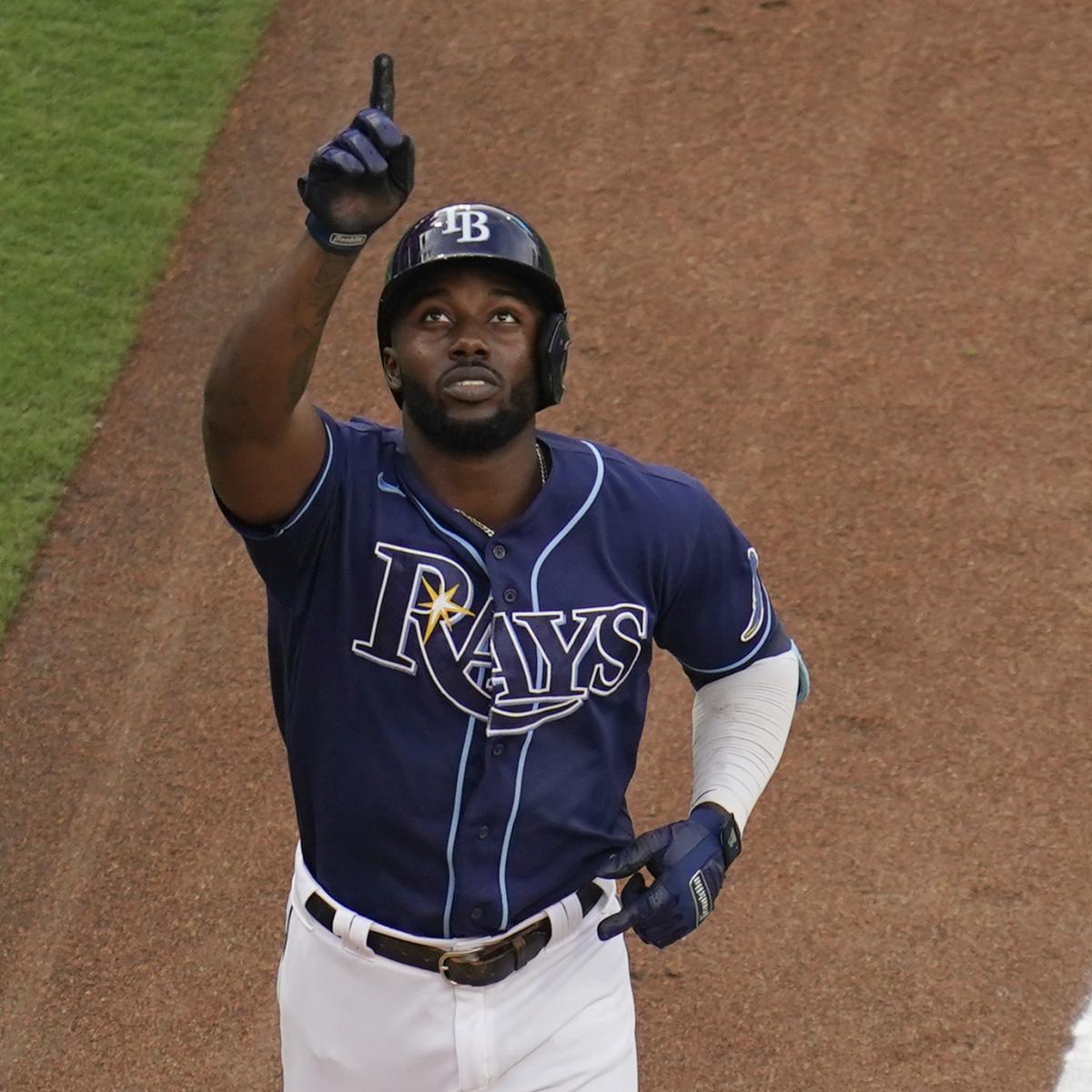 For the first time ever, the Tampa Bay Rays and the Los Angeles Dodgers will meet in the World Series when the 2020 Fall Classic begins Tuesday.

The entire series will be played at Globe Life Field in Arlington, Texas, because of the COVID-19 pandemic, although a limited number of fans will be allowed to attend and provide some semblance of the atmosphere that the event would normally have.

Here is the full schedule for the 2020 Fall Classic, along with the keys to victory for each team and predictions for who will come out on top.

Depth is the Rays’ biggest strength, both in terms of hitting and pitching, and they will need it to shine through in order to win their first World Series.

They don’t boast much star power in their lineup, but a star has been born thus far in the playoffs, as outfielder Randy Arozarena is hitting .382 with seven home runs and 10 RBI. That included a two-run home run in Game 7 of the ALCS:

Tampa would love for the ALCS MVP to continue his hot hitting, but manager Kevin Cash could use more production from the rest of his lineup as well.

Manuel Margot, Ji-Man Choi and Mike Zunino have performed well at the plate, but the Rays would benefit from the likes of Austin Meadows, Yandy Diaz, Brandon Lowe, Willy Adames and Kevin Kiermaier breaking out of their slumps.

The Rays have a big advantage in big-game pitching when they have Charlie Morton on the mound, as he improved to 4-0 in winner-take-all playoff games during his career by winning Game 7 against Houston.

Nick Anderson was nearly unhittable during the regular season, but the Rays’ best reliever has a 4.66 ERA in the playoffs, and he will need to make some strides if they are going to win the World Series as well.

After posting the best record in Major League Baseball this season at 43-17, the Dodgers may be in line to finally break through and win a championship after losing in the World Series in both 2017 and 2018.

The biggest key to victory for L.A. may be the play of shortstop Corey Seager, who was dominant in the seven-game series win over the Braves and is hitting .310 with six home runs and 15 RBI in this postseason.

The 26-year-old had no shortage of huge hits for the Dodgers in the NLCS, including his home run in Game 6 to get them off to the hot start they needed:

While Seager has been playing arguably the best baseball of his career, the rest of the lineup has left something to be desired.

Outfielder Mookie Betts has been getting on base, but his run production hasn’t been as a significant as expected. Cody Bellinger’s playoff struggles have largely continued as well, and the likes of Justin Turner and Max Muncy have been fairly inconsistent.

Bellinger did get on track in Game 7 against the Braves, though, with what turned out to be the game-winning home run in the seventh inning:

Like the Rays, the Dodgers have a ton of offensive depth but only a handful of players who have been living up to expectations.

From a pitching perspective, Walker Buehler has been the workhorse with a 1.89 ERA in four starts and 29 strikeouts over 19 innings.

Dodgers manager Dave Roberts needs that to continue, but he could also use some vintage performances from Clayton Kershaw.

The 32-year-old is a three-time National League Cy Young Award winner, but he isn’t known for his clutch showings in the playoffs. He can ditch the negative perception of not being a playoff pitcher by coming through in the World Series and finally guiding his team to a title.

Also, closer Kenley Jansen struggled through the beginning part of the playoffs, but he settled in during the NLCS, and it will be huge for the Dodgers’ chances if he can maintain that rhythm.

This year’s World Series is among the most evenly matched in recent memory, and it has the makings of a series that will go the distance just as the ALCS and NLCS both did.

Playoff series often come down to pitching, and the Rays have the advantage in that regard. Morton has essentially been unhittable in this postseason, Snell won the AL Cy Young two years ago and Glasnow has electric stuff.

Tampa also has a relentless lineup that doesn’t allow opposing pitchers to take a rest, as even the bottom part of the lineup produces.

Assuming at least one of the Rays’ struggling hitters steps up and makes the lineup even deeper, they will celebrate their first World Series in team history.