Sorry Jerry Jones: It’s Going to Get Worse for Mike... 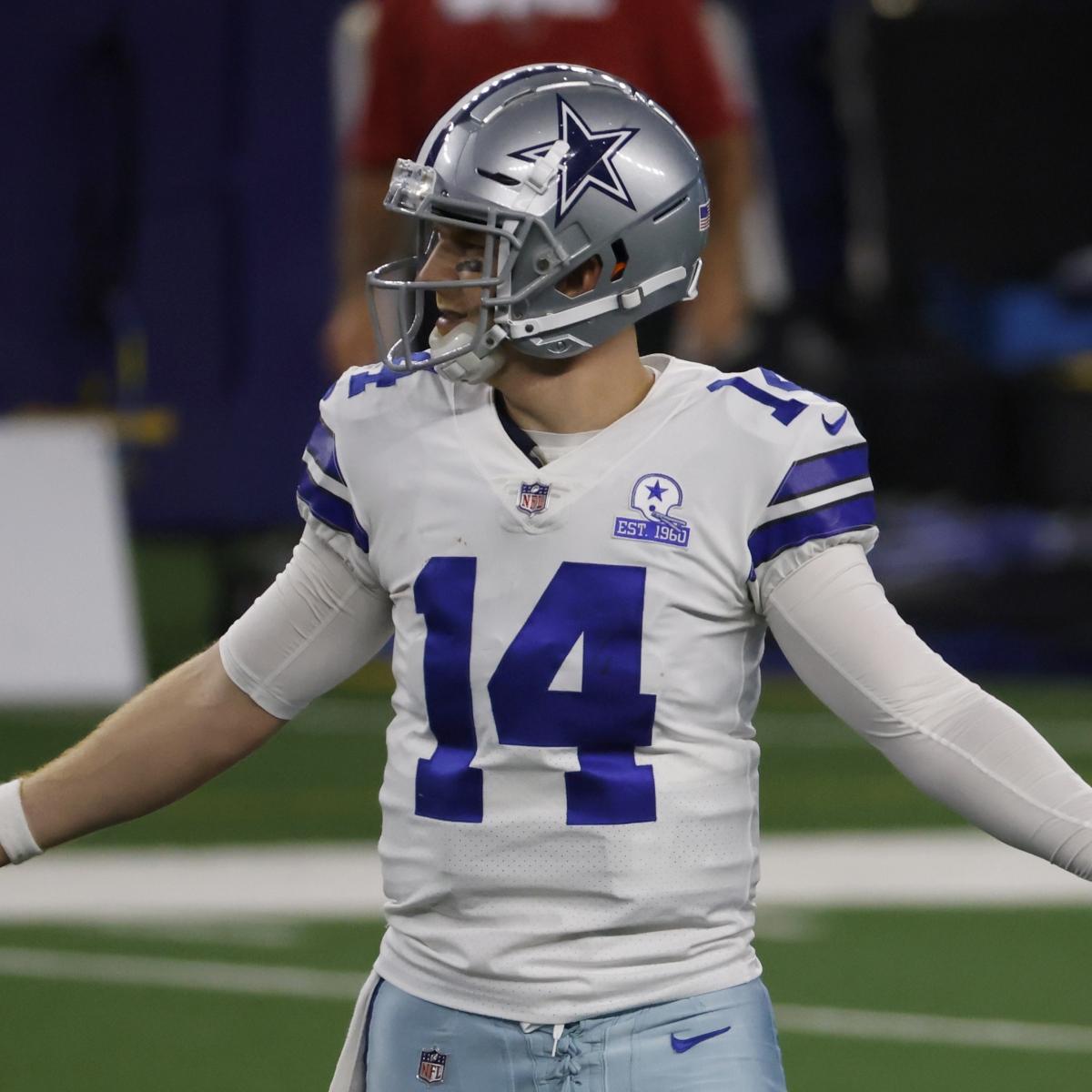 Andy Dalton didn’t have a clue, and that wasn’t even the worst part about the Dallas Cowboys‘ 38-10 loss Monday to the Arizona Cardinals.

Little to no positives can be taken from the Cowboys’ latest effort, and a new hope isn’t forthcoming. Dallas is a bad football team with massive roster and execution concerns. The only reason its season still matters is because it plays in the NFL‘s worst division. Even so, there’s no reason to expect improved play anytime soon.

Let’s start at quarterback. The backup-turned-starter didn’t have a chance against the Cardinals for multiple reasons, but those will become clear in a moment. The thought that the Cowboys offense would continue as it had through the first five games was folly.

“We don’t see things changing much. I feel like we can just run this offense,” Dalton told reporters Friday. “I’ve been in a lot of different systems and kind of been through it all, so I like everything that we’re doing, and my job is to keep this thing exactly how Dak had it. Dak was playing really well, and we don’t feel like we want there to be any drop-off since he’s not going to be in there.”

Yes, the Cowboys have exciting pieces at the skill positions. But a strong foundation always led them, dating back to their glory years.

As good as Prescott, Ezekiel Elliott and any wide receiver on the roster is, Dallas’ strength was in the trenches with one of the best offensive lines in the league over the past decade. This incarnation is a shadow compared to what it was.

Center Travis Frederick retired this offseason. His replacement, Joe Looney, has a sprained MCL. Tackles Tyron Smith and La’el Collins are on injured reserve. To make matters worse, the Cowboys ruled right guard Zack Martin out of Monday’s game after he suffered a concussion.

Much of the blame will fall on the quarterback, because that’s how the league and media tend to work. But Dalton was under fire all night. Arizona sacked him three times, hit him eight times and defended seven passes. The Cardinals didn’t have to worry about the vertical passing attack since it was non-existent because of the Cowboys’ protection issues. Instead, Vance Joseph’s crew pinned their ears back, stopped the running game, got after the quarterback and had a secondary ready to drive on the football.

That Dalton would step into a bad situation and lead the offense to a safe place like Rick Grimes simply wasn’t going to happen.

“You can never take for granted the presence and the command of Dak Prescott. It was definitely noticeable,” head coach Mike McCarthy said of a practice last week. “Frankly, it hit me from the practice structure when I went out to the quarterback school, not having him there with the two quarterbacks. But you have to turn the page on all injury situations. I think we were so fortunate and blessed to have Andy Dalton. Andy has such a great way about him. It’s a different leadership style.”

No one should deny what Dalton has done throughout his career. He was a long-term starter with plenty of experience to front a fully capable unit. But the Cowboys aren’t capable anywhere at the moment, aside from wide receiver—which is the least important position because they can’t protect the quarterback.

Even three-time Pro Bowl running back Ezekiel Elliott struggled through one of the worst games of his career with two fumbles and 49 yards on 12 carries. He now has five fumbles in his last five games.

The Cowboys own a minus-12 turnover differential, per the Football Database.

“We’re the worst in the league at taking care of the football,” McCarthy told reporters. “… It’s frustrating to see the pattern here in five of the six games this year.”

The Cowboys have nowhere to turn on offense.

The situation became so bad for Dallas that Arizona tried to run out the clock late in the fourth quarter by simply slamming Kenyan Drake into the middle of the line—only for him to pop free for a 69-yard scoring romp.

The Cowboys can’t handle the run and have been gashed all season. The linebackers have taken a significant step back. The secondary is no longer led by Kris Richard, who had a scheme better suited to maximize the group’s skill set.

Owner Jerry Jones emphasized hiring a head coach and coaching staff who could elevate an already talented roster. One side of the ball had failed them through the first five weeks of play. Now, the other side is heading that way.

“We didn’t play very well on offense, defense or special teams. Most importantly, I didn’t coach very well,” McCarthy said. “I have a continuing issue with ball security on my football team.”

But a miracle can still occur. Despite everything, the Cowboys still lead the NFC East with a 2-4 record. With that in mind, the possibility of a turnaround isn’t very good.

Some might point to an easier schedule in the coming weeks. While that’s certainly true, what happens when the Cowboys start losing to their division rivals? Don’t expect Dallas to sweep through upcoming meetings with the Washington Football Team and Philadelphia Eagles before ending the season with the Eagles and New York Giants. The Cowboys almost certainly won’t be able to handle the Pittsburgh Steelers, Baltimore Ravens or San Francisco 49ers.

As their setup continues to crumble, foundational cracks will appear. Dalton’s inability to orchestrate the offense at a competent level will come under fire. Elliott’s production could wane. The offensive line won’t get much better. The same can be said of the defense. Then, the onus will fall on the head coach. For all of Jason Garrett’s faults, he had only one losing season during his 10-year tenure.

These things can bleed into the offseason, when contract negotiations with Prescott will be renewed. Major investments will be needed to reinforce the roster. Dallas doesn’t exactly have the financial wiggle room to make that happen.

The plight of America’s Team can be summed up with a cliche: Hope for the best, but expect the worst.