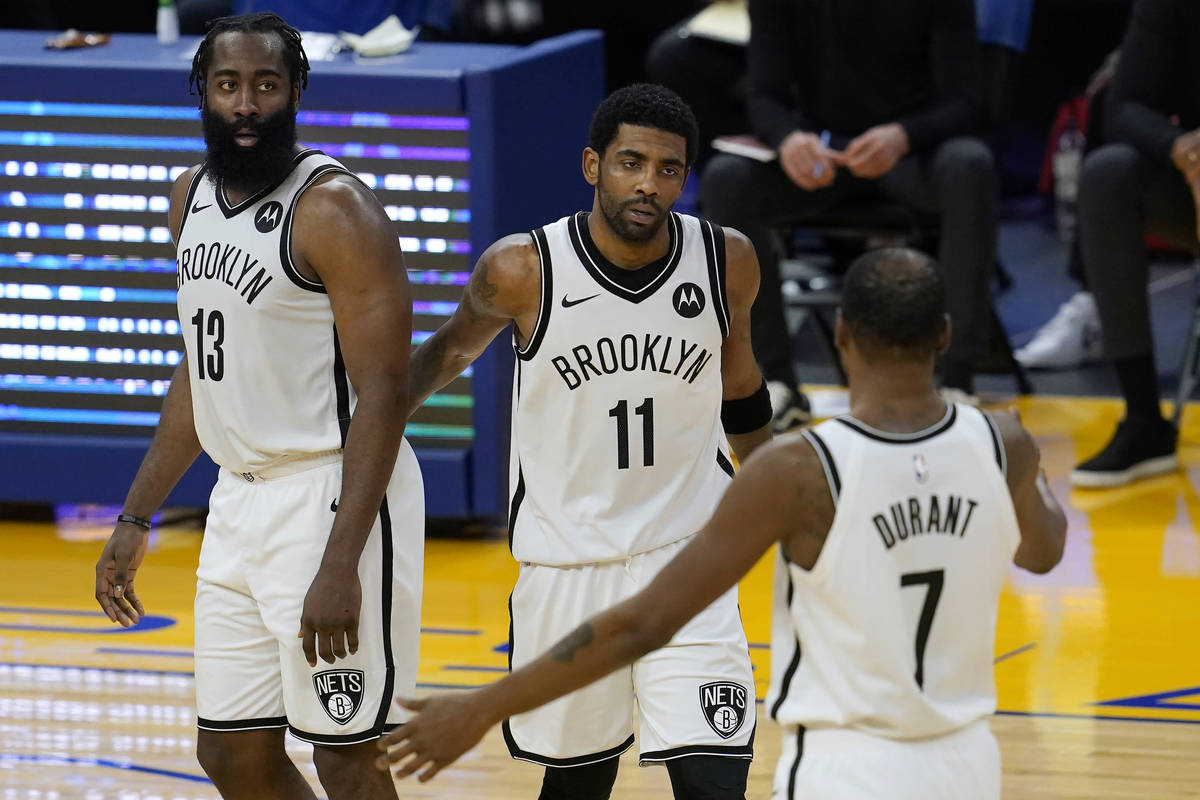 The Westgate sportsbook installed Brooklyn as the 3-1 favorite to win the 2022 NBA championship and made the Lakers the +450 second choice.

The Westgate sportsbook installed Brooklyn as the 3-1 favorite to win the 2022 NBA championship and made the Lakers the +450 second choice.

Injuries limited Brooklyn’s Big Three of Kevin Durant, Kyrie Irving and James Harden to only 14 games together this season before the NBA title favorite was eliminated in the second round of the playoffs.

The Westgate expects the Nets and Lakers to return to health next season and regain their top form. The sportsbook installed Brooklyn as the 3-1 favorite to win the 2022 NBA championship and made LA the +450 second choice.

“Both teams had health concerns and weren’t 100 percent this past season,” Westgate vice president of risk Jeff Sherman said. “We’re putting these up based on them having healthy teams next year and how people will look to bet them.”

The Golden State Warriors are the 8-1 third choice to win their fourth NBA title in eight years and every other team is 10-1 or higher.

“We went with the Warriors next because Klay Thompson is supposed to return to give them Thompson, (Steph) Curry and (Draymond) Green,” Sherman said. “They’ll have maneuverability because of (Andrew) Wiggins’ expensive contract and some top draft picks. They could put an attractive package together and get a decent veteran player back.

“I expect them to be aggressive. The Curry-and-Thompson window is closing rather than opening.”

The Milwaukee Bucks and LA Clippers are each 10-1, followed by the Phoenix Suns, Philadelphia 76ers and Utah Jazz at 20-1.

“Right now, we’re getting the most bets on the Suns at 20-1,” Sherman said. “I’m sure people are saying they’re the favorite in the Finals and you can get them at 20-1 next year. But our thought process is to look at the path they took to get there.”

Sherman noted that each of the Suns’ playoff opponents were missing one of their stars.

The Nuggets, Atlanta Hawks and Miami Heat are each 30-1, followed by the Portland Trail Blazers and Dallas Mavericks at 40-1.

“The other team getting some traction is the Mavericks,” Sherman said. “I’m sure they’ll be aggressive in getting somebody to pair with Luka (Doncic). (Kristaps) Porzingis isn’t the answer.”