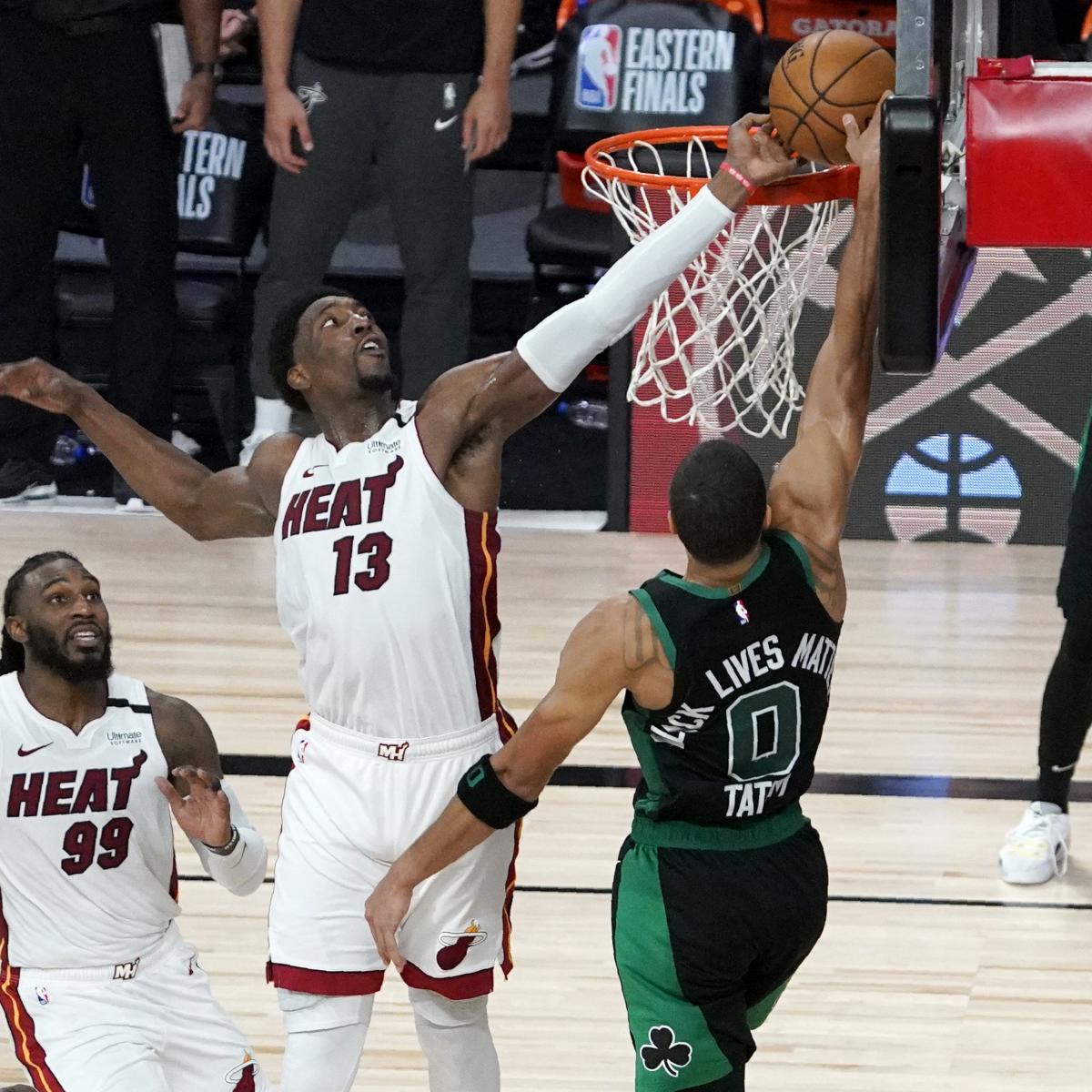 Whether it’s described as an epic collapse by the highly favored Los Angeles Clippers or the most unlikely comeback in NBA history on the part of the underdog Denver Nuggets, the Western Conference Finals matchup for the 2020 playoffs are now officially set.

Thanks to a blowout 104-89 Game 7 win, Denver overcame a 3-1 deficit to upset L.A. and thwart what was billed to be the “Battle of Los Angeles” between LeBron James and Kawhi Leonard.

Now, James and co-star Anthony Davis will take on the red hot duo of Nikola Jokic and Jamal Murray.

Game 1 between the Mile High squad and the last team standing from the City of Angels will take place on Friday, Sept. 18.

But as exciting as the series will be, there’s likely to be a lot of discussion about the matchup that wasn’t between the Clippers and the Lakers and what lies ahead for the future for the former.

Meanwhile, the Miami Heat took Game 1 in their series with the Boston Celtics on a game-saving block by Bam Adebayo.

The denial at the rim was so impressive, it brought out the hyperbole from Magic Johnson.

Miami is for real.

And it cemented that sentiment on Tuesday night with a 117-114 Game 1 win over Boston.

There are a lot of reasons why the Heat are as good as not advertised, but one sticks out the most: Jimmy Butler.

Known as a hard-nosed leader with a penchant for defense and closing out games in the fourth quarter, Jimmy Buckets has more than validated his status as Miami’s franchise player.

Going back to last summer, while the league waited with bated breath for information on where the 2019 Finals MVP would sign, little attention was paid to Butler’s free agency.

There were arguments about his being a max player, and he’d been on two teams in two years with a couple of well-known dustups on each.

Still, the Heat knew he was their man and acquired the five-time All-Star in a sign-and-trade with the Philadelphia 76ers, causing a seismic shift for both franchises.

Philadelphia was bounced from the playoffs in the first round, and Miami finds itself in the Eastern Conference Finals for the first time since 2014.

Now Playoff Jimmy and his band of brothers are playing with the kind of cohesion rarely seen in today’s NBA. Miami has ball handlers, it has defenders, it has shooters and, of course, it has a reliable closer.

The Celtics have quite the challenge on their hands in the Heat, but they do have a formidable team of their own.

They lost the first matchup in the waning moments, so they’ll be able to look at the film and find a way to bounce back for Game 2.

That said, this is still Miami’s series to lose.

Can the Nuggets Keep Their Glass Slippers On?

When it comes to Denver’s surprising run this postseason, Murray said it best.

“All y’all better start giving this team some damn respect,” he told reporters after dropping 40 points in Game 7 to eliminate the Clippers and advance to the Western Conference Finals.

Thanks to Murray and Jokic, who added a triple-double (16 points, 22 rebounds and 13 assists), the Nuggets will face the Lakers in the WCF for the first time since 2009, when the marquee matchup was Carmelo Anthony vs. Kobe Bryant.

To say no one saw this coming would be an understatement.

Most analysts predicted that Denver would be going home and that the last two teams standing would duke it out for bragging rights as the best team in L.A.

But here they are, ready to rumble. Murray and Jokic made sure of that.

The sound of @BeMore27 closing the door on another 3-1 series comeback. https://t.co/pn4qChoMZm

But what now? On paper, the matchup appears to be one of youth vs. experience, especially when it comes to James.

No one on the Nuggets roster has even won a championship, while the Lakers have six players that have won a title.

Still, Denver has shown the kind of mettle that could make L.A.’s experience null and void.

According to Stat Muse, the Nuggets have managed to advance in these playoffs despite having a point differential of -21. That means that no lead is safe when facing them.

Look for the Lakers to get out early and have their way in the paint. Jokic isn’t known for his rim-protecting ability, so Davis will be the high man for the Purple and Gold, while it will be up to James to control the tempo and get everyone involved.

The key matchup will be whoever is assigned to cover Murray. He’s shown that he can peel off a ridiculous amount of points from all over the court, so Lakers head coach Frank Vogel will have to find a way to contain him if they want to win.

This is going to be a long series, but look for L.A. to take Game 1.