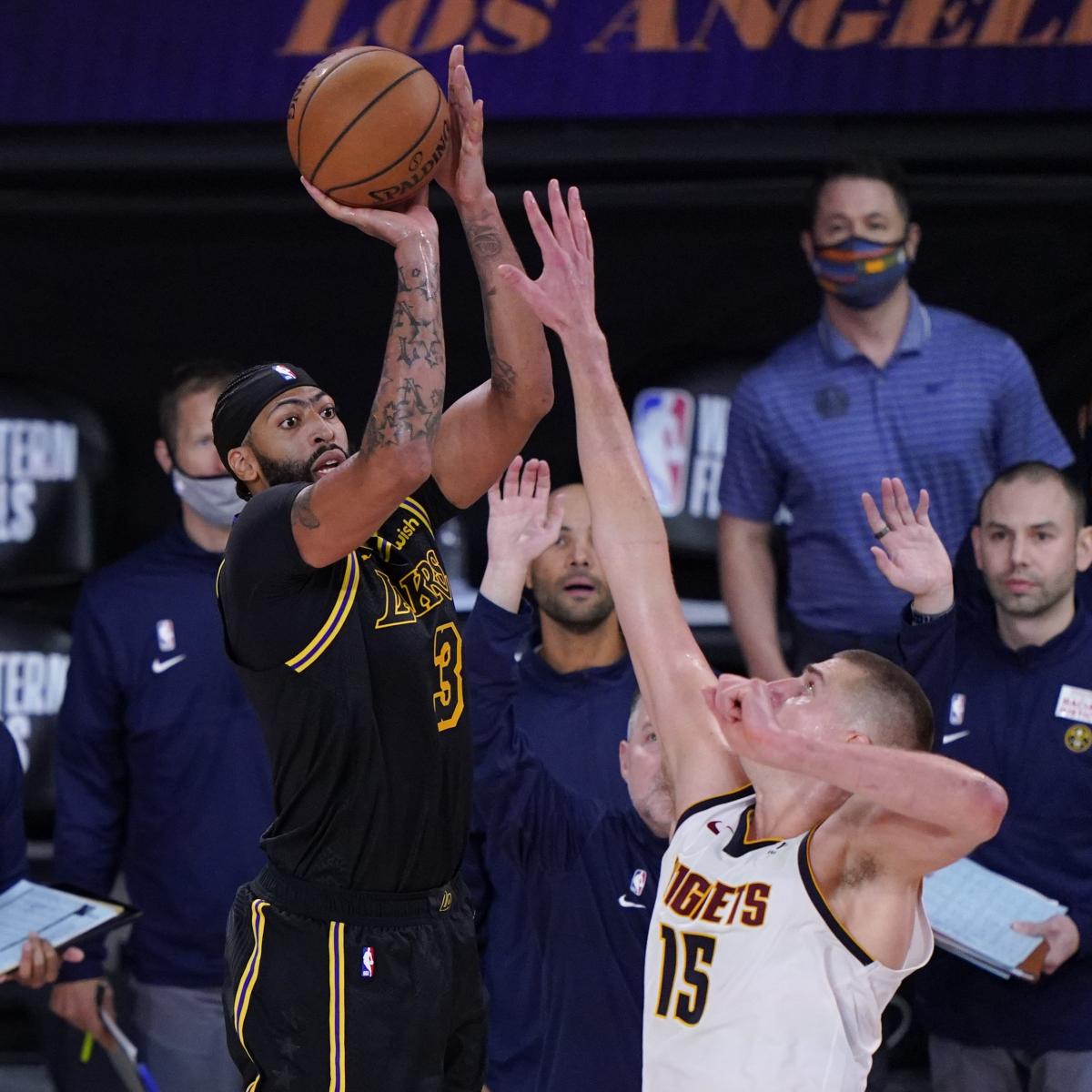 If the 2020 NBA playoffs were a full-on dinner at a posh restaurant, it’s almost that time in the evening for the appetizers to be put away.

On the menu for the main course is a hot, sizzling, juicy NBA Finals.

But first, only four teams in the Eastern and Western Conference remain, with both the Miami Heat and the Los Angeles Lakers with two wins each under their belts to lead their series over the Boston Celtics and Denver Nuggets, respectively.

The Celtics were able to win Game 3 on Saturday after losing two straight, and the Nuggets will be hoping to do the same on Tuesday night.

Can Denver steal Game 3 to make this a series?

Fans will have to tune in to see.

Here’s how to watch the game and a quick look at the latest odds, per DraftKings Sportsbook.

No. 1 Los Angeles Lakers vs. No. 3 Denver Nuggets

Was the game-winning three-pointer to beat the Nuggets 105-103 at the buzzer the coming-out party for Anthony Davis?

The very notion that a top-five player in the league would be having the biggest moment of his career in Year 8 seems absurd, but that’s where Davis finds himself in his first postseason as a Laker.

“It’s for sure the biggest shot of my career,” Davis told Ben Golliver of the Washington Post. “When I left (New Orleans) I just wanted to compete for a championship. I know moments like this come with it. Especially being in LA, the biggest market in basketball.”

Davis’ Kobe Bryant-esque shot to call game was indeed one for the books, but it was proof that Denver had a chance to win the game down the stretch and so will likely hope that momentum carries over to Game 3.

“The only thing you can talk about tonight is we were in the game,” Denver coach Michael Malone told ESPN’s Ohm Youngmisuk. “They had to rely on a great shot by a great player to beat us at the buzzer. But as long as we’re putting ourselves in position to win games, that’s all you can ask for.

“One thing I know about our group, even though we are disappointed, frustrated, angry, we’ll use that motivation to come out and try to take Game 3.”

Nikola Jokic and Jamal Murray took care of business in Game 2, but for the Nuggets to turn things around, they’ll need better performances from Paul Millsap, who only finished with six points, and Gary Harris, who added three.

Granted, both players are the team’s defensive specialists and average just eight points per game in this year’s postseason—they still need to step it up on the offensive end.