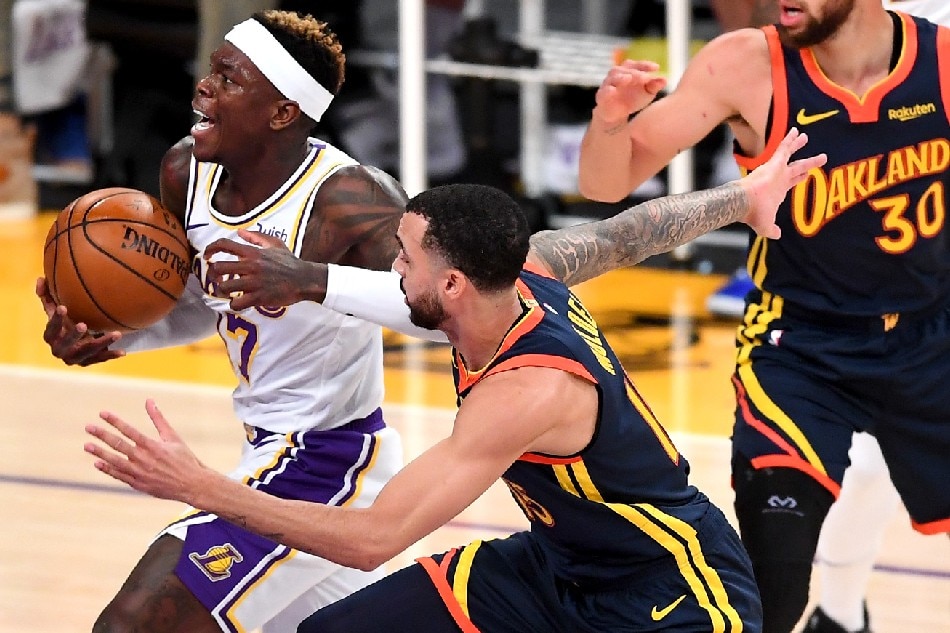 James, who also had six rebounds, hit 7 of 12 shots, including 3 of 5 3-pointers in a season-low 24 minutes. He and the Lakers’ starters rested the entire fourth quarter.

Stephen Curry, who entered the game averaging 29.9 points per game, managed just 16 points, seven assists and three steals as the Warriors had their three-game winning streak end. Curry misfired on five of the seven 3-pointers he attempted.

The Warriors lost Draymond Green late in the second quarter with a left ankle sprain. Green, who recorded a career-high 19 assists in Friday’s win over the Charlotte Hornets, finished with six points and two assists in 13 minutes.

The Lakers, who led by as much as 35 points, blew the contest open in the first half. They grabbed a 29-point halftime lead and kept Golden State at bay in the second half.

James drilled a deep 3-pointer to put Los Angeles up 73-44 at the break.

The Lakers outshot the Warriors 51.2 percent to 39.5 percent in the first half. They also had the edge in 3-point shooting, converting 9 of 20 to 4-17 for the Warriors before intermission.