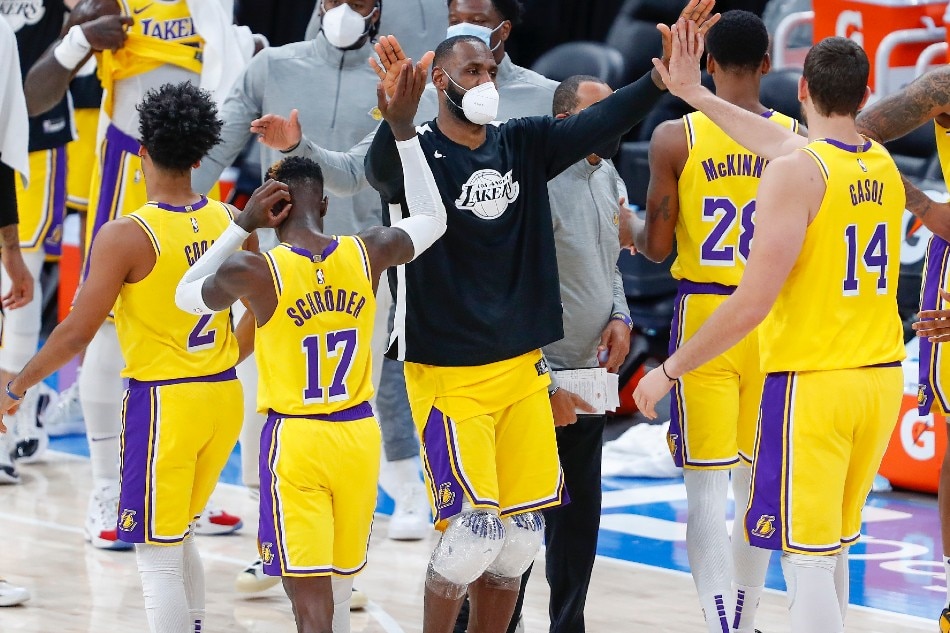 LeBron James scored 26 points to lift the Los Angeles Lakers to a 128-99 road win over the Oklahoma City Thunder on Wednesday.

The Lakers improved to 7-0 on the road for the first time in franchise history.

During the last three games, Los Angeles has trailed for just 11 seconds. Wednesday, the Lakers led from wire-to-wire.

James hit a season-high five 3-pointers, including a pair to fuel an 18-2 run early in the third quarter to put the game out of reach.

After going 5 of 14 from the floor in the first half, James was much more efficient in the third, hitting both of his 3-point tries and going 4 of 6 from the floor overall to help the Lakers extend their lead.

A bit earlier in the game, it didn’t look like the game would be competitive at all in the second half.

But by halftime, Oklahoma City had closed the deficit to 12, as the Lakers shot 1-for-8 to close the half.

Anthony Davis’ status for the game was questionable after suffering a jammed toe a day earlier in Houston.

But Davis got off to a hot start, scoring 12 of his 18 points in the first quarter.

Dennis Schroder, playing his first game in Oklahoma City since being traded to the Lakers in the offseason after two seasons with the Thunder, was 4 of 12 for 14 points with five rebounds and five assists.

The Lakers hit 17 shots from 3-point range in the win, shooting 45.9 percent from beyond the arc.

The Thunder have lost all five home games this season, their worst start at home since 2007. The franchise, in their final season in Seattle, started 0-7 at home that season.

Hamidou Diallo hit a buzzer-beater from about 75 feet out to close the third quarter.

The Thunder’s Darius Bazley left the game midway through the third quarter with a right ankle sprain.