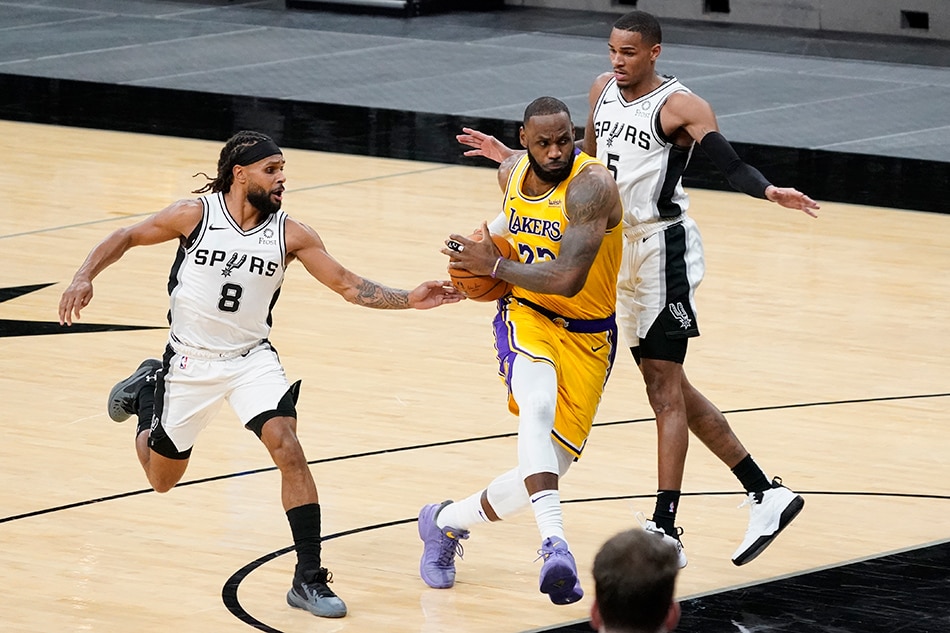 LeBron James scored 26 points, including two key baskets down the stretch, to lead the visiting Los Angeles Lakers to a 121-107 victory over the San Antonio Spurs on Wednesday.

On his 36th birthday, James scored in double figures for the 1,000th consecutive game, expanding his NBA-record streak. He added eight assists and five rebounds.

The Lakers took charge in the first quarter and never let San Antonio back in the game, forging as much as an 92-74 advantage late in the third period.

The Spurs cut the deficit to 10 points heading into the final quarter and to eight points in the final three minutes. However, San Antonio could not get any closer as James and Anthony Davis hit big shots to close out the win.

Dennis Schroder scored 21 points for Los Angeles, Davis hit for 20, Wesley Matthews had 18 and Kentavious Caldwell-Pope and Montrezl Harrell contributed 10 each for the Lakers. Harrell grabbed a game-high nine rebounds.

The Lakers played without guard Alex Caruso for the second straight game under the NBA’s health protocols. He is the first Los Angeles player to miss a regular-season game because of COVID-19.

Dejounte Murray led all scorers with 29 points and added seven rebounds and seven assists for the Spurs. DeMar DeRozan scored 23, Patty Mills had 12 and Lonnie Walker IV pitched in 11 points for San Antonio, which was without center LaMarcus Aldridge (sore left knee).

The Lakers shrugged off an uneven beginning and roared to a 10-point lead before taking a 35-27 advantage after the first quarter.

Los Angeles’ lead grew to as many as 13 points in the second quarter, and the Lakers led 63-53 at halftime. James paced Los Angeles with 17 first-half points while Davis added 12 and Schroder scored 11 points over the first 24 minutes.

DeRozan’s 13 points led San Antonio in the half. The Spurs had just two offensive rebounds before halftime.