NBA Draft 2020: Breaking Down the Latest Buzz from Expert... 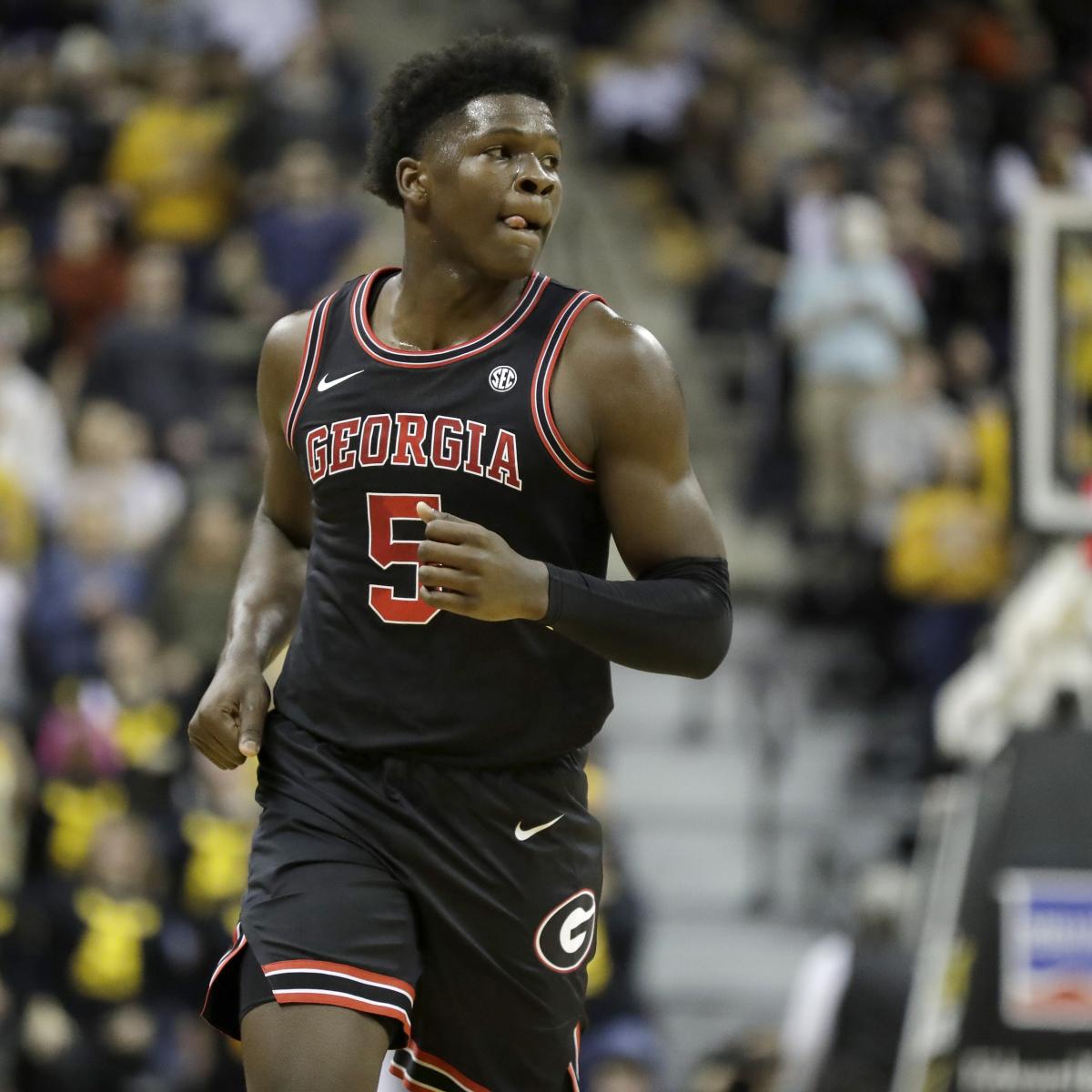 
The mock draft world is ramping up with less than a month remaining before the 2020 NBA talent grab.

The closer the event gets, the more insight we gain into franchise plans and prospect stocks. It isn’t always easy to differentiate between smoke screens and legitimate opinions, but any information is worth exploring.

The latest buzz includes a top prospect somehow moving up and potential draft plans for a pair of clubs selecting inside the top five. Let’s dig in.

The pendulum had swung away from James Wiseman since he suffered as last summer’s top recruit, per 247Sports, but it’s headed back in the big man’s direction.

For a simple reason, too. Teams are getting a closer view of the 7’1″ center, and his combination of size, athleticism and ceiling is hard to ignore.

“Having talked to sources who have seen Wiseman work out in Miami, there is some real enthusiasm about his play,” The Athletic’s Sam Vecenie reported. “He’s looked dominant in workouts and in the runs with other high-level NBA draft prospects.”

Wiseman’s length and bounce should make him an impact defender and finisher right out of the gate. The opportunities for him to power up his face-up game and expand his offensive range give him tantalizing upside. At times, his position among the top three prospects (with LaMelo Ball and Anthony Edwards) has felt the most tenuous, but now Wiseman could be the biggest lock to land among the first three selections.

The Golden State Warriors have been publicly pulled a thousand different directions with their draft plans, no doubt because of a desire to mask their intentions with the No. 2 pick (and perhaps pump up its trade value).

The latest has them leaning away from a player many regard as the top prospect in this draft.

If that’s how the Warriors really feel, that might provide some insight into their draft-night plans. While their roster has a clear opening for Wiseman at center, they could also carve out a massive role for a two-way wing. Perhaps this suggests they don’t see Edwards becoming that, at least not in time to significantly increase their odds of making a title run during the remainder of Stephen Curry‘s prime.

There are reasons to question the strength of the Chicago Bulls’ roster, but offensive firepower shouldn’t be one of them. Zach LaVine is a walking bucket, Lauri Markkanen is a matchup problem, Coby White sometimes resembles Super Mario with a star boost and Wendell Carter Jr. has shown flashes of a far-reaching skill set.

So, how in the world did this group finish this past season ranked 27th in scoring and 29th in offensive efficiency? Some might answer that question with a jab at former coach Jim Boylen’s approach, but the bigger issue has been the lack of a ball-mover.

After landing 23rd in assists and 26th in assist-to-turnover ratio, Chicago is eager to find a floor general.

“League sources say the Bulls are likely targeting a lead playmaker in the draft,” The Ringer’s Kevin O’Connor reported.

Luckily, Chicago should have options at the No. 4 pick. There’s a chance LaMelo Ball, Tyrese Haliburton and Killian Hayes might all be on the board there, and any of the three would immediately perk up this passing attack.