Montrezl Harrell On Fit With The Lakers ’We Play Basketball... 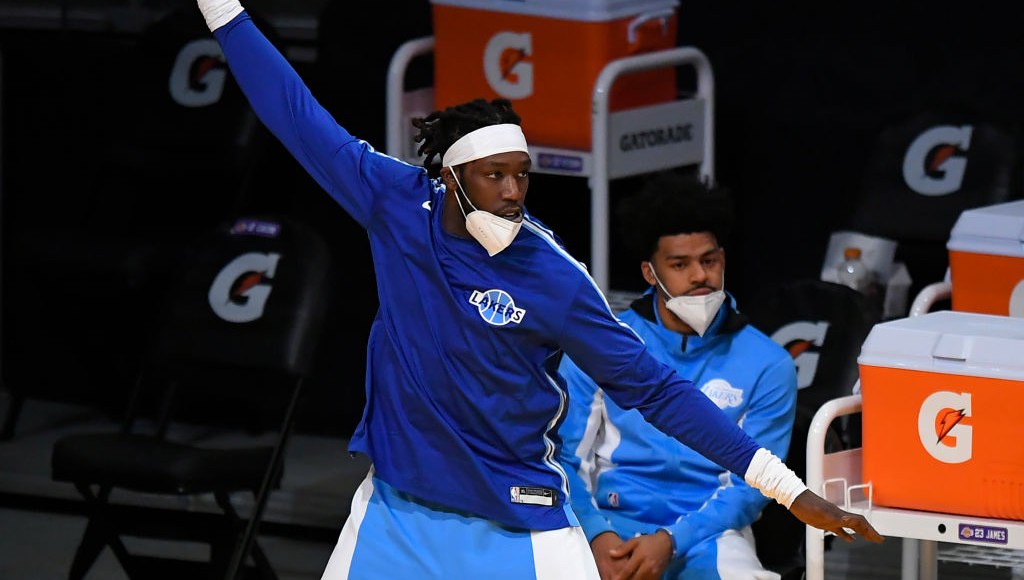 After winning the Sixth Man of the Year award in 2019-20, Montrezl Harrell struggled mightily in the NBA’s Orlando bubble. Fortunately, Harrell looks to be back to his old ways as the 2020-21 season begins, contributing 12.9 points and 7.6 rebounds per game in the first seven contests for his new team, the Los Angeles Lakers. However, Harrell’s free agency didn’t necessarily go according to plan and, since leaving the L. A. Clippers, he hasn’t been shy about making a few quips about his former employer.

That theme popped up again this week in speaking to Kyle Goon of the Orange County Register, with Harrell speaking about the Lakers’ “free-flowing” attack and throwing in the phrase “we play basketball over here” when referencing his new team.

“It’s really just being able to just play my game and just not being kind of told and sit on, ‘You always got to be this, this or this,’” Harrell said. “It’s kind of been the system I’ve kind of been playing in for a while. It’s got to be threes, layups or let’s get free throws. But that’s not like that over here. They play to the style of everybody’s game and we’re not looking at anybody that, ‘You have to do this, you got to do that,’ man. We play basketball over here. It’s free-flowing game.”

It has to be noted that, again, Harrell played extremely well with the Clippers, particularly when paired with Lou Williams on what was a potent second unit. That context makes these particular statements interesting to say the least, simply because it’s not as if Harrell didn’t find significant success in his previous stop in that role he was asked to play.

At the same time, it is natural for a player to not be overjoyed when a previous team lets him go and to find solace with his new group. This time around, it probably also helps that the Lakers are the betting favorites to win the 2020-21 title, and Harrell can thrive in a role built for him alongside LeBron James and Anthony Davis.