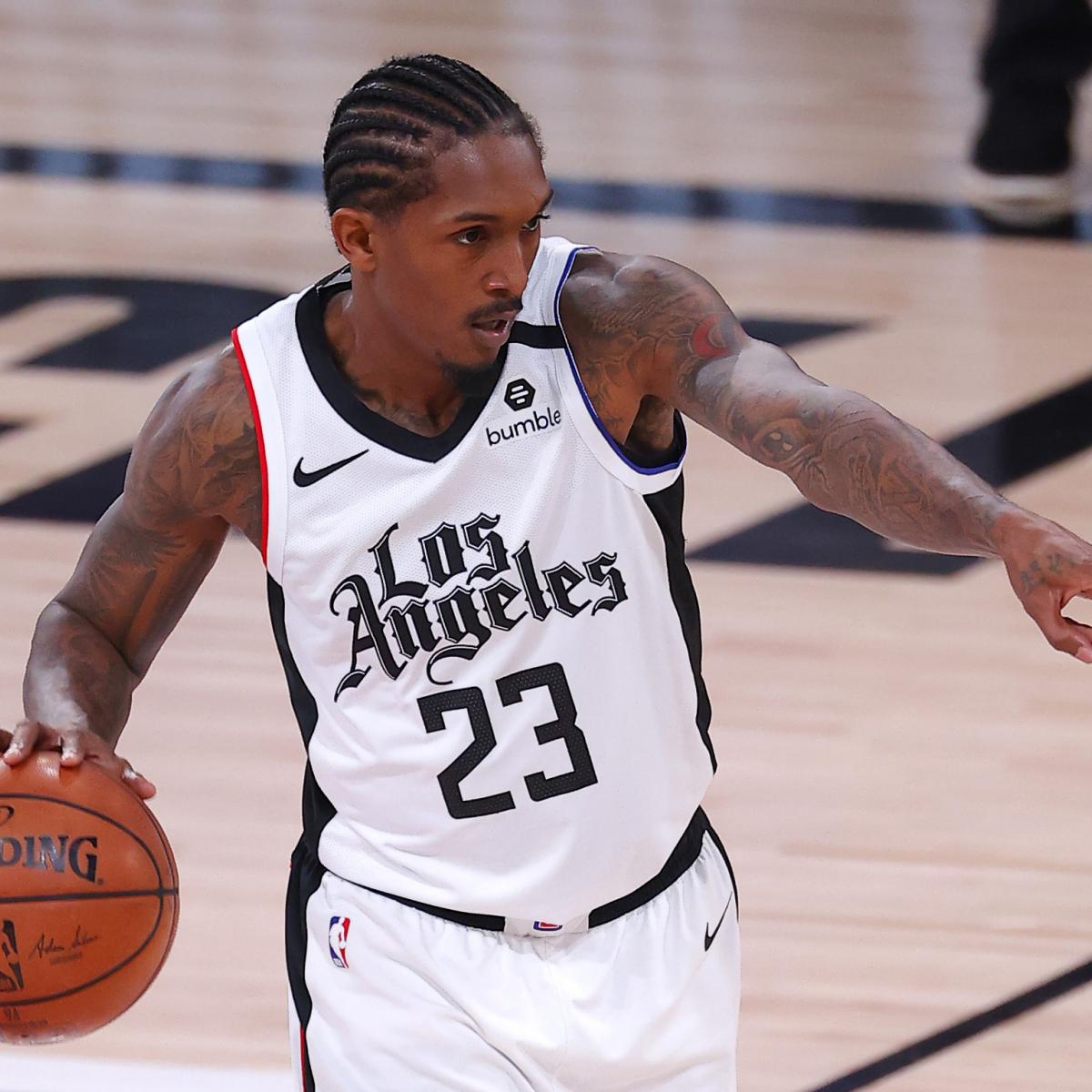 Los Angeles Clippers guard Lou Williams denied a report from Jovan Buha and Joe Vardon of The Athletic that he, Patrick Beverley and Montrezl Harrell were upset that teammate Kawhi Leonard was allowed to control his load management.

“Dawg, I don’t even know what bristle mean,” Williams wrote. “Lol @jovanbuha where ya’ll get that from? Out ya source.”

Lou Will denies report that he was “bristled” by Kawhi’s load management https://t.co/JVrWuIvtAh

The line that Williams took umbrage toward can be found within a larger section from Buha and Vardon discussing Leonard’s reported star treatment:

“In Los Angeles, there is an unquestioned, A-1 superstar in Leonard. His presence both instantly made the Clippers a title contender and also eventually ruffled the feathers of some teammates because of the preferential treatment showed to him from top to bottom.

“Players like Beverley, Montrezl Harrell and Lou Williams—Clippers bedrocks before the arrival of Leonard and George—bristled when Leonard was permitted to take games off to manage his body and to live in San Diego, which often led to him being late for team flights, league sources said. The team also allowed Leonard to dictate to Rivers when he could be pulled from games, among other things. Lue was on Rivers’ bench for all of this, but the Clippers were Rivers’ show.”

Murmurs of issues behind the scenes for the 2019-20 Clippers are nothing new. Of note, Chris Haynes of Yahoo Sports dropped news on Sept. 16 outlining some reported problems:

“The Clippers are arguably the most talented team from top to bottom, but their chemistry was among the worst of the bubble teams,” Haynes wrote. “They could never find the relaxed calm to persevere and perform.”

Haynes also reported that Harrell and Paul George had a “heated verbal exchange” during a timeout in Game 2 of the Western Conference semifinals versus the Denver Nuggets.

Furthermore, Buha and Sam Amick of The Athletic reported the Clippers’ chemistry problems in January.

L.A. finished with a 49-23 record and a No. 2 seed in the Western Conference playoffs but blew a 3-1 Western Conference semifinals lead against Denver. The Clips and head coach Doc Rivers parted ways after the season, and Tyronn Lue has since taken over.