LeBron James Posts Tribute to Kobe Bryant on IG After... 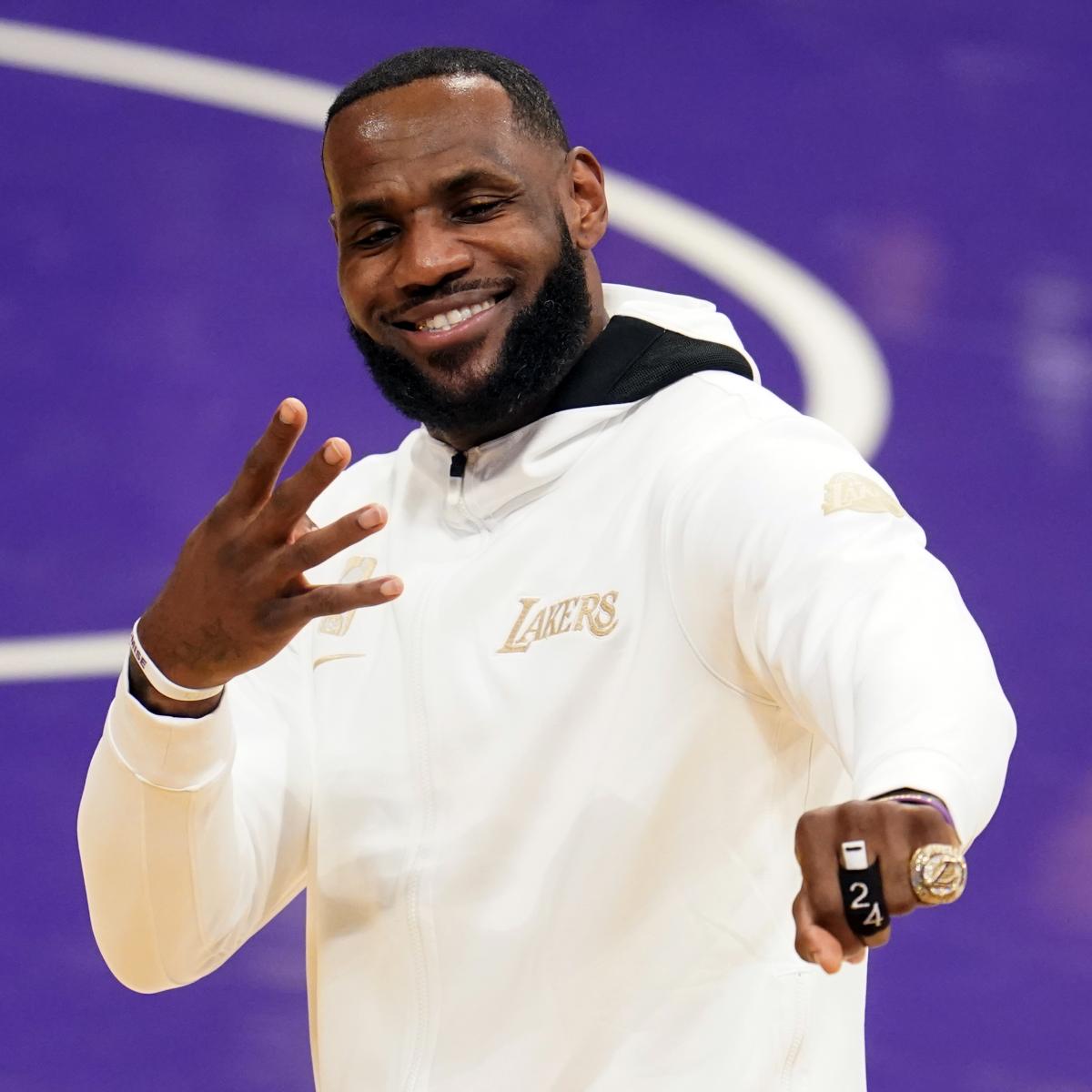 James dedicated a message on Instagram to Bryant on Wednesday:

Lakers players and staff received their rings prior to tipoff of Tuesday’s game against the Los Angeles Clippers.

The pregame ceremony included a tribute to Bryant. Per USA Today’s Mark Medina, the custom-made rings included “a mamba snake behind the players’ number as well as a removable top that shows all the Lakers’ retired jerseys.”

Bryant’s Nos. 8 and 24 were retired by the Lakers during a December 2017 game against the Golden State Warriors.

James led the Lakers to the 17th championship in franchise history last season. He was named NBA Finals MVP for the fourth time in his career, second-most all-time behind Michael Jordan’s six.