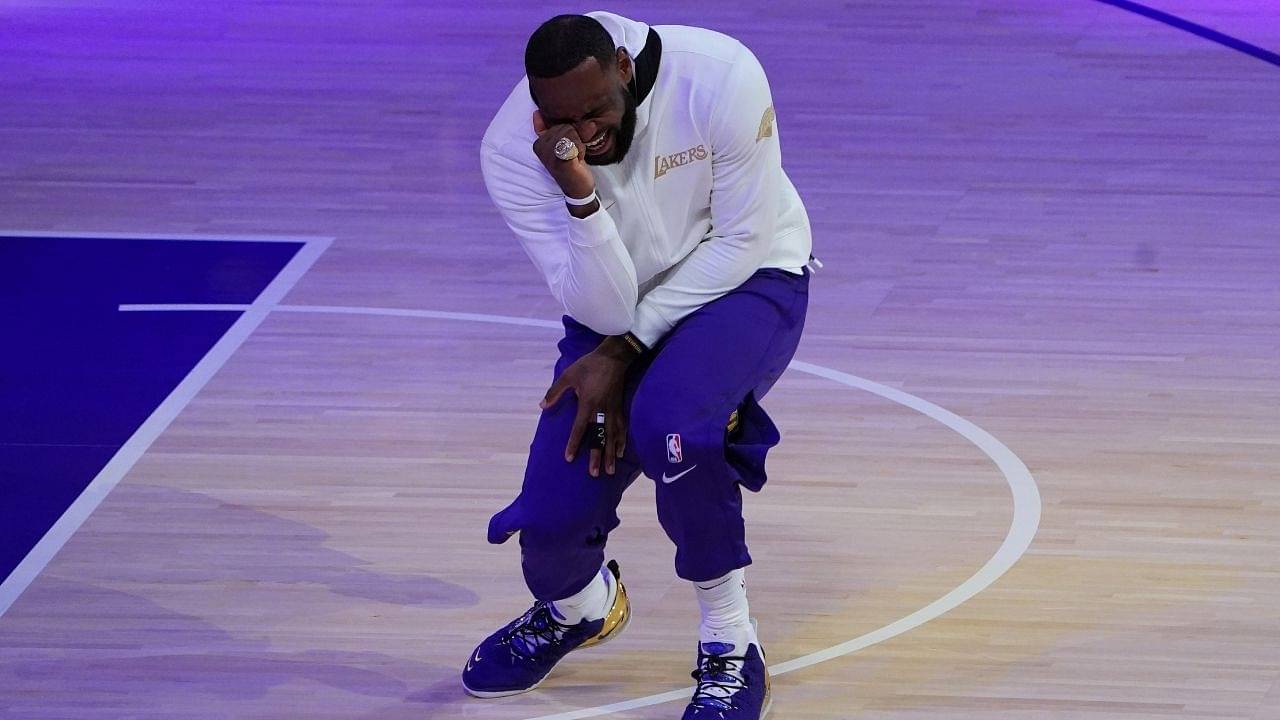 LeBron James led the Lakers to 2 wins over in the past 3 days over San Antonio. NBA TV showed a graphic comparing James to the Spurs over 17 seasons.

Shaq may call himself the “Most Dominant Ever”, but even he pales in comparison to James. The 36-year-old has made 16 All-NBA teams, including the First Team 13 times.

The Spurs won their second of five NBA championships just before LeBron was drafted by the Cleveland Cavaliers. They hold a winning record against James in the Finals with wins in 2007 and 2014. Yet, James still has more championships than the Spurs have since 2003.

A graphic depicting a comparison of the last 17 seasons was telecast by NBA TV last night. James reposted it on Instagram:

“My homie from the crib sent this to me just now. Man I have no words!! The Spurs are the staple and blueprint of winning in our league since even before I entered the league. #TrulyBlessed #ThekidfromAKRON #KingMe”

It comes as no surprise that the Lakers beat the Spurs through a late dagger from James. With the scores tied at 103 apiece, Kuzma was able to obtain a tip-in layup. Shortly after, James knocked down a sweet shot from the post to make it a two-possession game.

James has a chance to overtake the Spurs in both win percentage and total wins this season. It would be no surprise at all if the retooled Lakers are able to take home another relatively dominant championship.