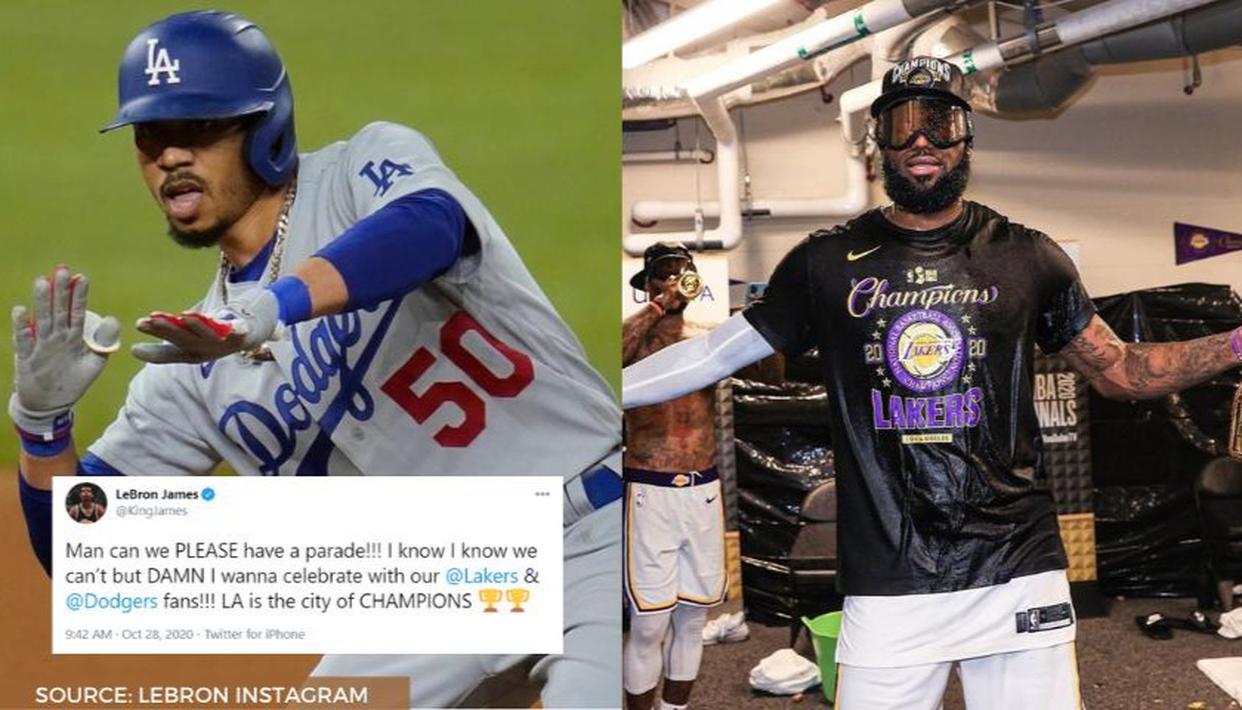 
Thirty-two years ago, the Los Angeles Lakers and Dodgers won championships the same year. Now, after COVID-19-affected seasons, both franchises won again – together. While the Lakers previously won a decade ago, the Dodgers had to wait for three decades to win the World Series again. James, who had promised to lead the Lakers to a championship while continuing Kobe Bryant’s legacy, was ecstatic about the Dodgers’ win over the Tampa Bay Rays in Game 6 this week.

Man can we PLEASE have a parade!!! I know I know we can’t but DAMN I wanna celebrate with our @Lakers & @Dodgers fans!!! LA is the city of CHAMPIONS 🏆🏆

Oh and yeah Put some RESPECT ON @ClaytonKersh22 name!! Now and FOREVER!!

James expressed his excitement on both Twitter and Instagram. He tweeted a series of messages to the team, mentioning some players as well. “PARADE PARADE PARADE!!!” James wrote, before mentioning masks and safety. The 35-year-old NBA star was visibly sad about not being able to have a parade, calling LA the “city of champions”.

James’ Instagram stories went viral on Twitter, as the four-time-NBA champion was extremely hyped up for the win. James shared videos of his TV screen, which was capturing the Dodgers’ celebrations. He not only shared stories but also could be heard yelling through the screen. Fans shared the video online, ready to celebrate the rare double-victory, agreeing that LA is indeed the city of champions now.

Mookie Betts, who was playing his first year with the Dodgers, was one of the reasons why LA was able to clinch their 3-1 Game 6 win. Betts, who won his second World Series, helped put the Dodgers 2-1 up after beating first baseman Ji-Man Choi’s throw in a 3.2-second sprint. His homer in the eighth innings gave their team the needed edge to win the game. James praised Betts in his tweets, stating that the 28-year-old was worth every penny.