“LeBron James doesn’t get along with Kyle Kuzma”: Colin Cowherd... 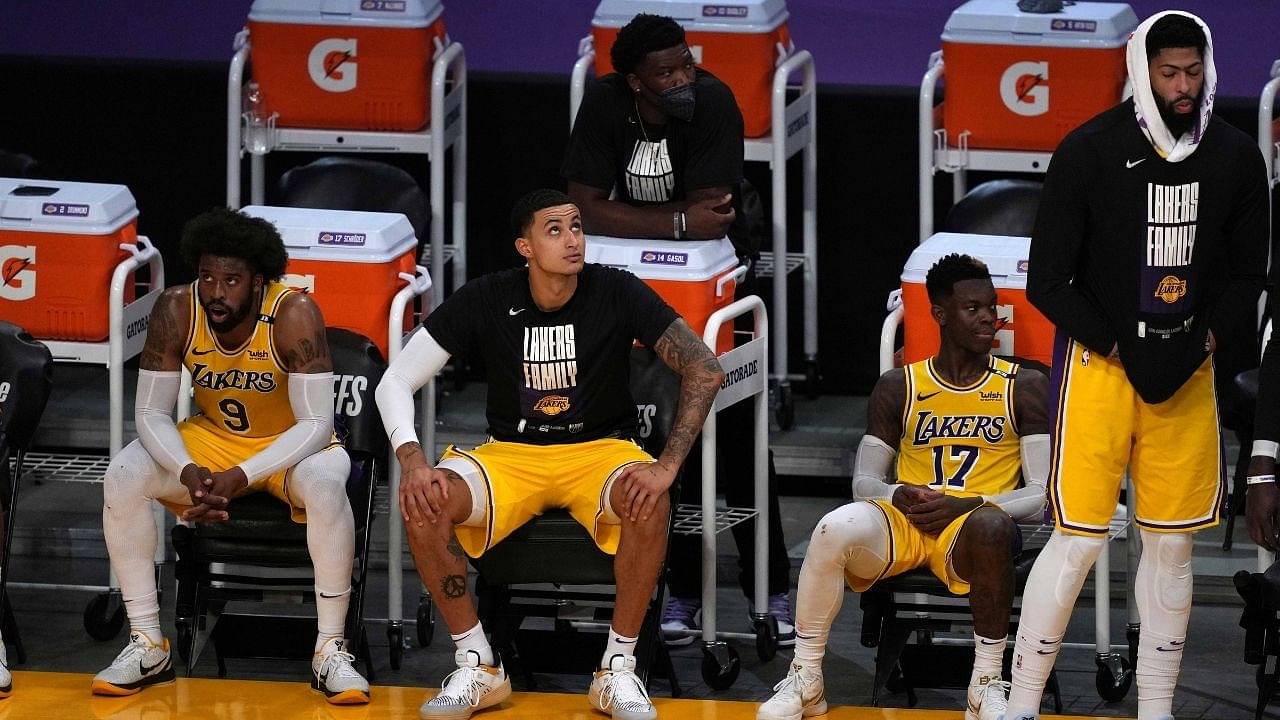 Colin Cowherd addresses the rumours surrounding Kyle Kuzma and reveals how the Los Angeles Lakers would be looking to trade him this offseason.

At the start of the 2020-2021 season, the Los Angeles Lakers looked strong enough to defend their title. With the legendary pairing of LeBron James and Anthony Davis, along with a few vital roles like Denis Schroder, Montrezl Harrell, Kyle Kuzma, KCP and more, the Lakers were strong title contenders. But how the mighty have fallen. The team which were seeming to be the favourites to win their 18th-ever title had barely made it to the playoffs.

Finishing with a subpar 7th seed, and fighting a tough battle against the Golden State Warriors, LAL made the postseason, only to get knocked out of the first round of the playoffs by the Phoenix Suns.

Absolutely, injuries were the biggest reason for the Lakers’ debacle this season. With AD and LBJ, sidelined for 36 and 27 games respectively, LAL had a fall in the standings.

With the All-Stars sitting out, Kyle Kuzma was one of the players who was expected to rise up. However, Kuz was unable to do so and ended up averaging only 12.9 points, 6.1 rebounds and 1.9 assists in the 68 games he played this year.

With the Lakers having such an unexpectedly poor season, a few changes in the team roster is inevitable. And with speculations of Damian Lillard demanding a trade from Portland, LAL will hope to have a shot at him, trading away a few players.

With Kuzma having a 3-year $39 million contract and his falling out with LBJ, it might be in the best interest of the Lakers to trade their 6-foot-10 player, who has failed to rise up on several occasions over the course of his stint with LAL.

“The Lakers think they have a shot at him [Lillard]. That’s sort of Los Angeles delusion. The Los Angeles Lakers have players, KCP is a solid player, hot and cold, not what Portland wants. Kyle Kuzma — LeBron doesn’t get along with him.”

“They’d love to move him, he’s kind of expensive. It’s not the kind of contract you can’t move. But it’s not necessarily team-friendly considering he disappears in big spots for the Lakers.”

Kuzma, himself might know about his future in Los Angeles. However, what’s done is done. What the 25-year-old can do now, is working hard on his game over the course of this offseason. And come out strong next year for whatever team he ends up for.