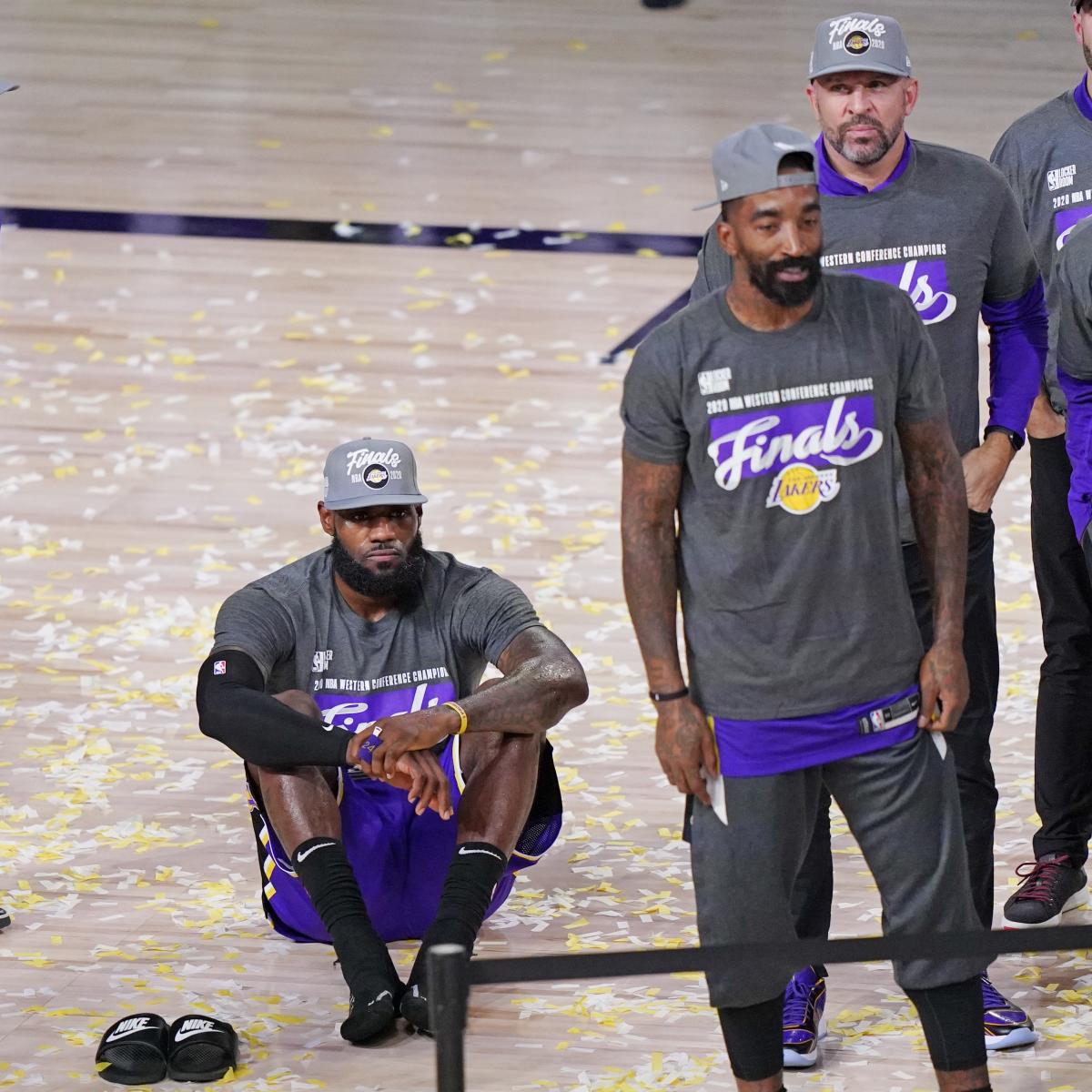 Up 2-0 in the 2009 NBA Finals, Kobe Bryant sat at a podium and said the Los Angeles Lakers‘ job wasn’t finished.

Heading to his first Finals as a Laker, LeBron James is echoing the same sentiment.

“The job is not done, but it’s great to hit moments throughout the course of a journey and appreciate that. This is all part of the process, but the job is not done for me personally. For us, as a franchise, I am extremely proud to be a part of this franchise getting back to where it belongs…this is what I came here for.”

James acknowledged that he heard all of the public criticism of his move to the Lakers, including accusations he signed in Los Angeles for reasons other than basketball. He says his hope is the Lakers’ run puts those talks to rest but acknowledged that likely won’t happen until he captures his fourth ring.

The Lakers are making their first Finals appearance since 2010, when Bryant captured his fifth and final ring. James talked about what the late Lakers legend means to him and their similarities, saying their drive to be the best is what separates them from the competition:

“Every time you put on purple and gold, you think about his legacy, you think about him and what he meant to this franchise for 20-plus years. What he stood for, both on the floor and off the floor. What he demanded out of his teammates, what he demanded out of himself. We have some similarities in that sense. Our games are different, but as far as our mindset, and our drive to want to be the best, and our drive to not lose—just that drive to always want to be victorious. It stops you from sleeping.”

Bryant and his 13-year-old daughter Gianna were among the nine people who died in a January helicopter crash on their way to a youth basketball game. The Lakers have honored Bryant several times since his death, both with a patch on their jerseys and by wearing Black Mamba edition uniforms.

When James signed with the Lakers, he and Bryant planned to meet for dinner but were never able to do so. James said it was one of his regrets in life that the meeting never happened.

“Of course, you think there’s going to be time for us to get together, and I understand that there are regrets in life, but I definitely wish I had that moment with him. I do remember when I decided to come here, he sent me a text right away and said, ‘Welcome, brother. Welcome to the family.’ That was a special moment because at the time, Laker faithful wasn’t [fully in on me]. A lot of people were saying, ‘Well, we might not want LeBron at this point in his career,’ and, ‘Is he right? Is he going to get us back [to the Finals]?’ So to hear from him and get his stamp of approval, it meant a lot. I don’t ever question myself, but when it’s coming from Kobe, it definitely meant a lot.”

The Lakers will either play James’ former team, the Miami Heat, or the Boston Celtics, the last team Bryant defeated for a championship, in the Finals.