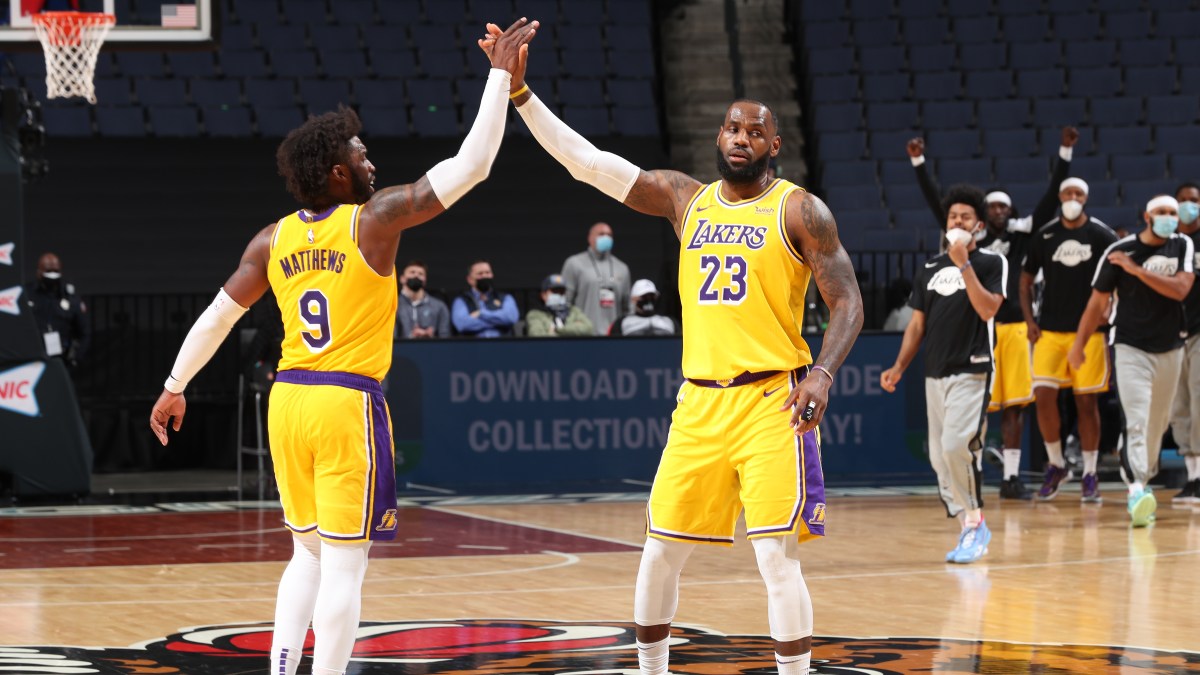 Anthony Davis and LeBron James each scored 26 points, rallying the Los Angeles Lakers to a 94-92 win over the Memphis Grizzlies on Tuesday night.

On a poor shooting night for both teams, the Lakers were able to depend on James and Davis down the stretch. Los Angeles trailed 79-77 with five minutes left when the two big men combined for a 9-2 run for an 86-81 lead. The final basket came on a dunk by Davis on an assist from James.

James and Davis combined for a run of 15 straight points late in the fourth to take the lead to 92-83 with 31.1 seconds left.

Memphis was able to put together some late baskets to make it close, but couldn’t overtake the Lakers, who won their fourth straight.

Los Angeles’ defense held the Grizzlies to 43.5% shooting in the first half, but the Lakers offense sputtered, shooting 41.3%. Memphis built a 10-point lead late in the second and held a 49-45 lead at the break.

Lakers: Entered the game as the only NBA team ranked in the top 5 in offensive efficiency (2nd/115.7) and defensive efficiency (4th/104.5). … Both Kentavious Caldwell-Pope (left ankle sprain) and Alex Caruso (health and safety protocol) again sat out. Both appeared headed for return in the coming games, according to coach Frank Vogel.

Grizzlies: Valanciunas recorded his seventh straight double-double. … Rookie Desmond Bane saw his streak of games with multiple 3-pointers end at six. That marked the second-longest streak to start an NBA career behind Chicago’s Lauri Markkanen’s 10 straight to open the 2017-18 season. … Swingman John Konchar was the latest Memphis player to miss a game after suffering a left ankle sprain.