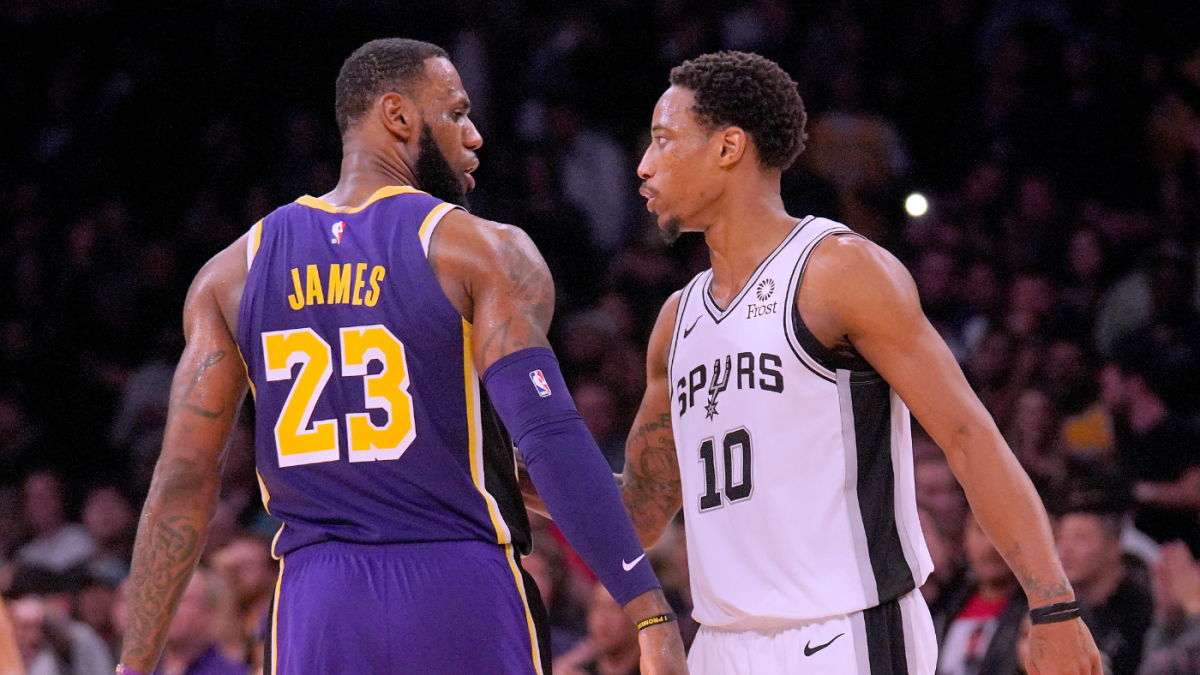 The Los Angeles Lakers and the San Antonio Spurs face off on New Year’s Day in a rematch of a contest held just 48 hours earlier. The Lakers prevailed by a 14-point margin in San Antonio on Wednesday, improving to 3-2 on the season. The Spurs are 2-2 so far this season, including a 1-1 record at home. LeBron James (ankle) is listed as questionable for Los Angeles, and Alex Caruso (protocols) is out. LaMarcus Aldridge (knee) is listed as questionable for San Antonio, and Quinndary Weatherspoon (knee) is out.

Tip-off is at 8 p.m. ET in San Antonio. William Hill Sportsbook lists the Lakers as 5.5-point road favorites, while the over-under, or total number of points Vegas thinks will be scored, is 231 in the latest Lakers vs. Spurs odds. Before you make any Spurs vs. Lakers picks, be sure to see the NBA predictions and betting advice from SportsLine’s proven computer model.

The SportsLine Projection Model simulates every NBA game 10,000 times, and it returned over $5,000 in profit on its top-rated NBA picks last season. The model is up nearly $8,100 over the past two seasons. Dating back to last season, it is on a stunning 62-36 roll on top-rated picks against the spread, returning almost $2,200 on those selections alone. Anybody who has followed it has seen huge returns.

Now, the model has set its sights on Lakers vs. Spurs. You can visit SportsLine now to see the picks. Here are the NBA odds from William Hill and trends for Spurs vs. Lakers:

* LAL: The Lakers are 3-1 against the spread against non-division opponents this season

The Lakers are very strong on both ends of the floor, including a top-three offense so far in 2020-21. Los Angeles is scoring almost 1.19 points per possession, and the Lakers lead the league in effective field goal percentage at 60.8 percent. Defensively, Los Angeles was elite last season on the way to the title, and the Lakers are a top-10 group through five games. Opponents are posting only a 52.4 percent effective field goal shooting mark against the Lakers, and Los Angeles has the edge on the defensive glass.

The Lakers are rebounding 77.5 percent of their opponent’s missed shots, and the Spurs are below-average in offensive rebound rate at only 22.4 percent. Los Angeles is also a top-10 team in free throw rate allowed, with San Antonio rating as below average in shooting efficiency and free throw creation so far in 2020-21.

The Spurs are a balanced offensive team, though San Antonio does have a couple of standout performers. DeMar DeRozan is hot to begin the season, averaging 21.5 points, 8.3 assists and 5.5 rebounds per game. Dejounte Murray is also producing at a high level, putting up 18.5 points, 7.5 rebounds and 7.3 assists per contest.

SportsLine’s model is leaning under on the total, with both teams projected to score 223 points combined. The model also says one side of the spread hits over 50 percent of the time. You can only see that pick at SportsLine.

So who wins Spurs vs. Lakers? And which side of the spread hits over 50 percent of the time? Visit SportsLine now to find out which side of the Lakers vs. Spurs spread you need to jump on, all from the model that has crushed its NBA picks.