Lakers trade deadline preview: How defending champions can fortify around... 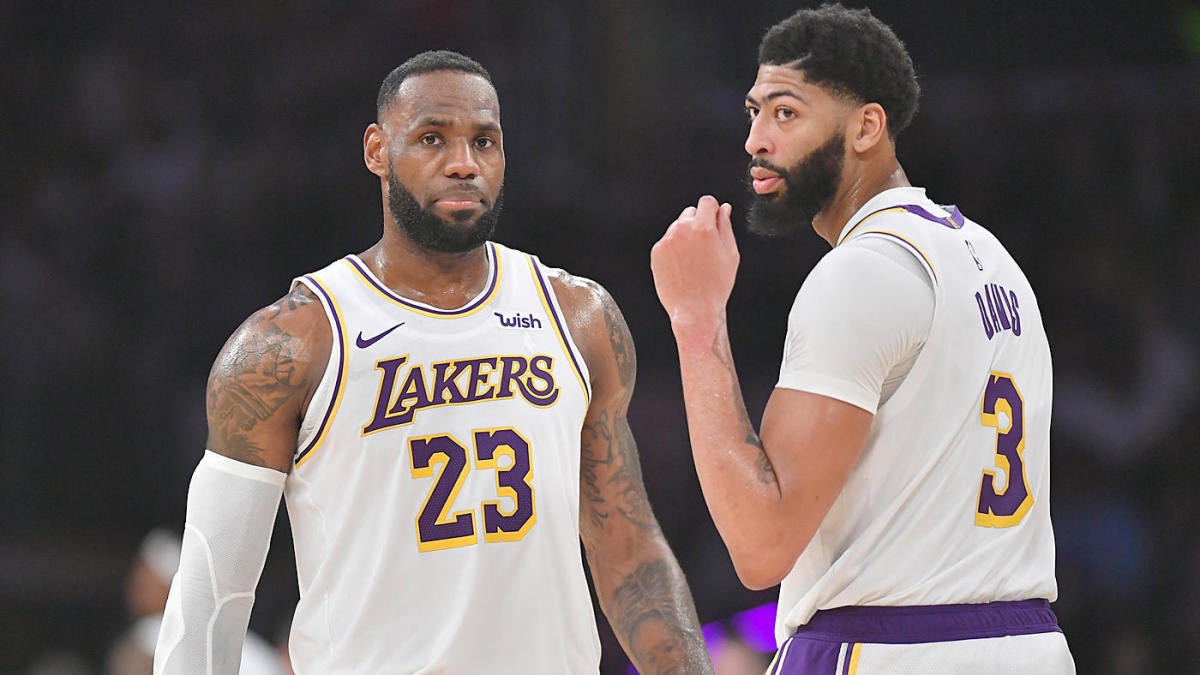 The Los Angeles Lakers have largely limited their biggest moves to the offseason during the LeBron James era. Rob Pelinka sat out the 2020 trade deadline, ceding reported target Marcus Morris to the Los Angeles Clippers, and only attempted to improve on the fringes in 2019 with Reggie Bullock and Mike Muscala. That was justifiable caution, of course. The Lakers were waiting on Anthony Davis in 2019, and last season, lacked even a single tradable first-round pick.

Their 2021 outlook is a bit more flexible. The Lakers have picks and tradable salary to work with. Many of their rivals aren’t so lucky. Short of a superstar-level addition that simply isn’t available to anyone at the moment, Pelinka can be as conservative or ambitious with his assets as he’d like this time around. The Lakers have chips to play with, so let’s break down how they might go about using them ahead of the March 25 NBA trade deadline.

* Shooting: The Lakers rank 25th in both 3-point percentage and attempts as of this writing. They weren’t much better last season, but played against far less explosive opponents in the postseason. The NBA’s six leaders in 3-point percentage (the Clippers, Nets, Jazz, Bucks, Nuggets and Trail Blazers) are all possible playoff opponents. Four of those teams are in the top 10 in terms of 3-point attempts.

* Size: By committing to Montrezl Harrell as the backup center this season, the Lakers built a roster with only two players of traditional size for a center: Anthony Davis and Marc Gasol. Davis has missed significant time, and the Lakers have not had an alternative to Gasol and Harrell at the center position. Davis will return eventually, and he will eat up the bulk of the center minutes in the postseason, but the Lakers could use a longer-term stopgap. They signed Damian Jones to a 10-day deal before the All-Star break, but will have to decide if he is a permanent addition to the roster.

* Warm bodies: If Jones is not sticking around, the Lakers will have only 13 players on their roster. They need to get up to at least 14, but would probably prefer 15 just to make resting veterans down the stretch easier. They’ve gotten very little from their two-way players this season, so getting any value whatsoever out of those two final spots will be critical.

* By virtue of using both the non-taxpayer mid-level exception (on Harrell) and the bi-annual exception (on Matthews), the Lakers are hard-capped at the apron ($138.928 million). They cannot exceed that amount for any reason. At present, they have roughly $1.6 million beneath that line to spend.

* The Lakers are currently above the luxury tax line, meaning they can bring in no more than 125 percent of their outgoing salary plus $100,000 in any trade.

* Kyle Kuzma signed a rookie extension before the season. He is therefore bound by base-year compensation restrictions. To the Lakers, his outgoing salary in a trade counts only as his 2020-21 salary ($3.6 million). To an acquiring team, his incoming salary counts as the average of all seasons he is currently contracted for (roughly $10.6 million).

* Dennis Schroder and Alex Caruso are unrestricted free agents this offseason, but the Lakers will have full Bird rights on both. They can pay either anything up to the max in order to retain them.

* Talen Horton-Tucker has Early Bird rights, but is restricted. His situation is a bit more complicated. Essentially, he can earn up to $83 million over four years on his next contract. Neither the Lakers nor other teams can offer him more than that, but if the Lakers match an offer sheet for him of that size, the deal would be back-loaded. For a more thorough explanation, click here.

* Jared Dudley and Markieff Morris will also have Early Bird rights, but they are unrestricted. The Lakers can offer either up to the average player salary (which amounts to whatever the non-taxpayer mid-level exception ends up being). Neither will cost the Lakers that much.

* Montrezl Harrell has Non-Bird rights, which allows the Lakers to offer him only 120 percent of his 2020-21 salary. A 120 percent raise would take him to around $11.1 million. He is 27 years old and in search of his first life-changing contract. If another team offers Harrell more than that $11.1 million figure, there is nothing the Lakers can do to counter. They cannot offer him any more than that unless they create the cap space to do so (which, for a variety of reasons, would be functionally impossible). For this reason, it appears unlikely that he will return next season. The Lakers aren’t exactly in a rush to trade him, but given his regular season-friendly style and likely departure in the offseason, they should keep an open mind on the subject if the right offer comes along.

* Low-end — Wayne Ellington: If the Lakers simply want to add a shooter without breaking the bank, Ellington is their best bet. He’s made 41.4 percent of his attempts for the Detroit Pistons this season, but more importantly, is making only the minimum salary. That makes him easily acquirable for a Lakers team light on tradable salary. McKinnie could serve as the outgoing salary in a deal, and second-round picks would likely be enough to bring the former Laker back to Los Angeles.

* Medium-end — P.J. Tucker: Tucker’s percentages have declined this season, but he’s a 38 percent shooter from the corners for his career and his defense would fit in well with a Lakers team that prizes lineup versatility in the postseason. He’d essentially be an upgraded version of what Markieff Morris gave them in the bubble. Harrell would be the likeliest matching salary given the hard-cap constraints at play here. Tucker is almost a decade older, but would come with full Bird rights. Houston has prioritized draft capital this season, though, and Christian Wood might render Harrell redundant. If another team offers a first-round pick, Houston’s track record suggests it is likelier to accept it. Might the Lakers consider offering Talen Horton-Tucker in response?

* High-end — Evan Fournier: If the Lakers are unable to agree to an extension with Schroder prior to the deadline, swapping him out for some extra shooting becomes a viable option. Fournier has made at 41 percent of his wide-open 3s in each of the past four seasons, the sort of shot that James creates readily. He provides enough supplementary playmaking to ease the loss of the only traditional point guard on the roster, though considering how poorly Schroder-led lineups without James have played offensively, that loss would be minimal. Schroder is a better point-of-attack defender, but Fournier’s size unlocks more switchability, which the Lakers will likely need to do more of defensively against shooting teams like the Nets and Clippers in the playoffs. Such a deal would be unlikely, especially with Fournier himself a 2021 free agent, but the Lakers have needs that Schroder hasn’t filled and a number of other players in need of extensions, so if they believe his financial demands are too great, a trade can’t be ruled out entirely. Watch out for fellow Orlando wing Terrence Ross as well. He’s not quite the playmaker Fournier is, but brings just as much scoring at a salary that would be far easier for the Lakers to match in a trade.

* Guard — Quinn Cook: The Lakers waived Cook, who was on a non-guaranteed contract, earlier in the season. They likely did so expecting more talented players to become available after the season. If they do not, though, bringing Cook back as a beloved locker room presence and emergency shooting option would be a decent enough consolation prize.

* Forward — Trevor Ariza: The emergence of Kyle Kuzma as a plus-defender lessens the need for another 3-and-D wing somewhat, but the Lakers would ideally like to have another body to throw at Kawhi Leonard, Paul George and Kevin Durant in the postseason. If Ariza can play as well as he did in Portland last season, he should suffice for brief stretches. He is the last active player in the league to have won a championship alongside Kobe Bryant, so a return to Los Angeles would be a fitting conclusion to his NBA career.

* Center — DeMarcus Cousins: The Lakers chose Jones for a 10-day contract because his athleticism offered different stylistic options to the other centers on the roster. Cousins wouldn’t. He would be an all-offense backup, like Harrell, who struggles with limited mobility, like Gasol. But the Lakers liked having Cousins last season even after his torn ACL, and if they surprisingly decided to move one of their centers prior to the deadline, Boogie would be a suitable regular-season innings-eater off the bench.