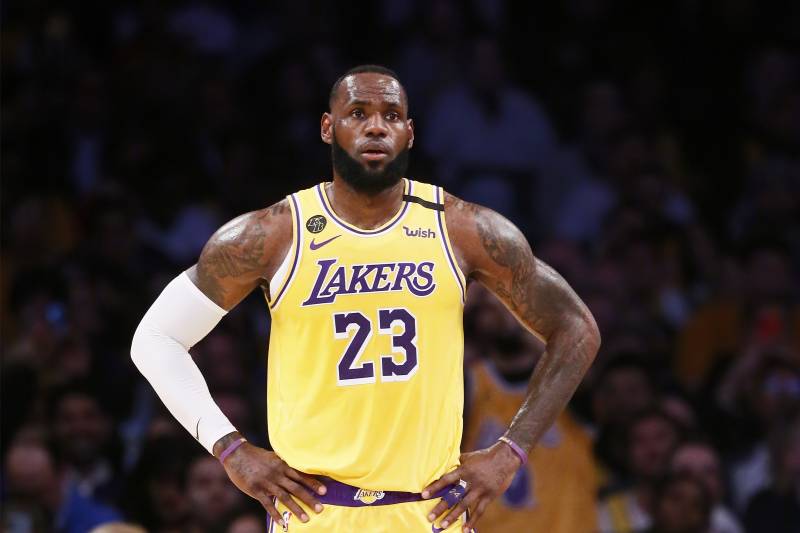 “If you stay ready, you don’t have to get ready.”

The origins of the adage is unclear, but it was made popular by superstar actor Will Smith, who tried to hammer home the idea that if you stay ready for whatever life throws at you, you can embrace and seize the opportunity to accomplish the goal you want to achieve.

That message basically sums up the mentality of LeBron James as he and the rest of the Los Angeles Lakers look to resume play after the NBA halted the regular season back in March.

According to Broderick Turner of the Los Angeles Times, James has been vocal on team group chats about staying “mentally and physically prepared.”

Turner also reported that the 17-year veteran has been keeping things everywhere from “lighthearted to serious” as he tries to keep his team ready to regroup and continue its goal of winning the 2020 NBA championship.

From the looks of it, the four-time MVP’s leadership will be put to the test in July, when the league will presumably resume play as 22 teams head to Orlando, Florida, to play eight seeding games and the postseason in a proposed “bubble.”

The Lakers will be allowed to travel to Walt Disney World with 35 people, including 17 players and essential personnel from the coaching staff and organization.

While in the bubble, which consists of secluded hotels on ESPN’s Wide World of Sports Complex, everyone will have to remain sequestered for the duration of their involvement in the remaining regular-season and playoff games.

That’s where mental fortitude will kick in, which is why James is so adamant about mental preparation.

Isolation in the bubble away from family and friends will be difficult, so the winner of this year’s title will be made of up players who can overcome the stressful test of body and mind to reach their collective goal.

For James, this extended break only heightens the stakes.

Simply put, he’s played at an MVP level and has led his team to the best record in the Western Conference and the playoffs after a six-year drought for the Lakers.

Now that he’s flanked by Anthony Davis, who was having a masterful season in his own right—averaging 26.7 points, 9.4 rebounds, 3.1 assists and 2.4 blocks per outing—the Lakers are at the top of everyone’s contender list.

The James/Davis tandem has reignited Laker Nation. They are hungry now, not just for the playoffs, but for another banner to hang in the rafters, and they expect that a superstar like James backed by another superstar in Davis can bring that banner home.

That pressure, with the added tragedy of the untimely death of Kobe Bryant, makes this one of the toughest, if not the toughest challenge James has ever faced.

Still, it won’t be easy. Every team in the league will be rested and rusty. Some players will have lost weight, while others might have gained a few pounds.

This is where professionalism kicks in. No one saw the abrupt interruption of play coming, but as a professional athlete, it’s a player’s job to stay in shape and be ready to play.

That’s what James has been trying to relay to his teammates: stay ready.

Yet the NBA is also allowing players an opportunity to get ready. The eight games leading up to the playoffs is meant to give teams a chance to jell before having to enter the postseason, while also having an impact on seeding.

“There will be a lot of focus for the Lakers and all the teams on basketball only, with the family not being there right away,” one NBA team official told Turner. “I think that they will be really in-tuned. I think the basketball will be sloppy in the beginning, but it’ll be good as it goes along.”

Commissioner Adam Silver is hoping that the basketball will be good, despite the fact that no fans will be present and there will be no such thing as home advantage.

Focus will also be an issue to contend with. Players’ families will be allowed to come join them in the bubble at the start of the second round of the playoffs. That could be good for some players, but it may cause an extra feeling of isolation for players who don’t receive visitors.

All of these factors are why James is up front and center on team calls. It’s why he’s making sure the long break won’t impede their momentum. With an 8-2 record over their last 10 games, the Lakers were the hottest team in the NBA before the season was shuttered.

James knows that the NBA’s proposal to resume play is wrought with mental and physical challenges, so he’s making sure that his team stays focused on the goal at hand and is ready to chase the title, because whether he admits it or not, winning a championship in Los Angeles would not just allow him to reclaim his place as best player in the world, it would add to his legacy.