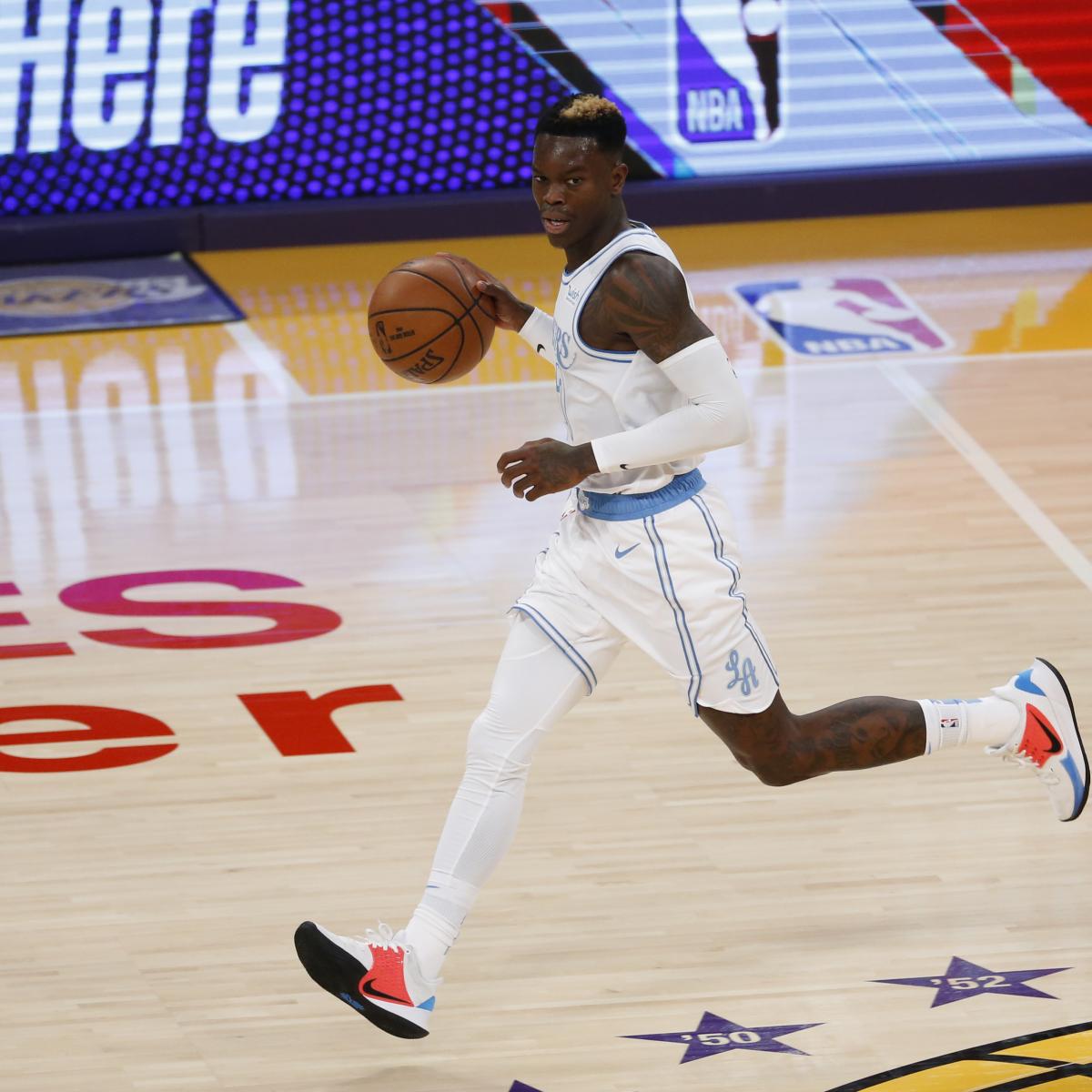 If it is indeed nice to be wanted, Dennis Schroder should be feeling really good right now.

After the Los Angeles Lakers acquired  in a trade with the Oklahoma City Thunder for Danny Green and the No. 28 pick in the NBA 2020 draft, they tried to extend his contract for an additional two years and $33.4 million, per ESPN’s Adrian Wojnarwoski.

This was before the start of the 2020-21 season, so $16.7 million per annum was the most that they could offer at the time as an improvement on his current deal where he is in the

According to Wojnarowski’s sources, Schroder, who can become an unrestricted free agent this summer, turned down the extension offer because he and his agent, Alex Saratsis, had their eyes on a specific date: Feb. 16.

Per league rules, the 27-year old floor general can ask for as much as $83 million over four years if he exercises some patience.

With that in mind, the Lakers have started to engage Schroder again in contract extension talks, with mid-February as the target for advanced discussions.

If general manager Rob Pelinka can’t reach a deal before the offseason, they still hold Schroder’s Bird rights, which means that they can go over the salary cap to re-sign him.

For his part, Schroder sounds like he’s happy and has found a basketball home with L. A.

“This is a hell of an organization, what I’ve seen so far,” Schroder told Helene Elliott of the Los Angeles Times. “Teammates are amazing, people here, they do everything for you and your family. Just what you want to be. You want to be in that environment where you can just focus on basketball every day.”

Liking an organization and staying with that organization are two different things. But when he’s pressed on whether he plans to extend, Schroder is more direct.

Money talks for sure, but if money also pays attention, Schroder’s game has a lot to say.

In his first meaningful game as a Laker, he nearly posted a triple-double with 14 points, 12 rebounds and 8 assists and followed that up with 18 points and six assists on Friday in his team’s 138-115 victory over the Dallas Mavericks.

“Dennis is a dynamic player. We’re so excited to have him here,” head coach Frank Vogel told Elliott. “He’s a pest defensively, picking up full court. Long arms, can get his hands on the ball and deflect the ball.

“What he can do to our team really better than anyone else is really get into the paint and his ability to wreak havoc on the defense and create things for others.”

Schroder’s ability to handle the ball, create, run the offense and score is why LeBron James was really excited to have him and Montrezl Harrell join the team.

“Their ability to score, their ability to be efficient as well, just adds to our firepower that we have,” James told reporters on Christmas. “It was great to see that tonight. They both felt and seemed comfortable with what we wanted to do and accomplish offensively. It was big for our team.

“They’re giving us a lot of energy, a lot of quickness, some young bodies and they’re hungry. They’re hungry to win a championship.”

Schroder, who was the runner-up to Harrell for the 2020 Sixth Man of the Year award, had one of his best seasons last year with OKC.

Now, in less than a month in L. A., he’s got quite a few supporters who want to see him in the purple and gold long term.

“He’s adapted really quickly,” Anthony Davis told Harrison Faigen of Silver Screen and Roll. “He’s a guy who wants to learn, who wants to be great on both sides of the ball, he’s always talking.

“From what I’ve seen, he likes it here so far and it’d be great to lock him in for the next couple of years.”