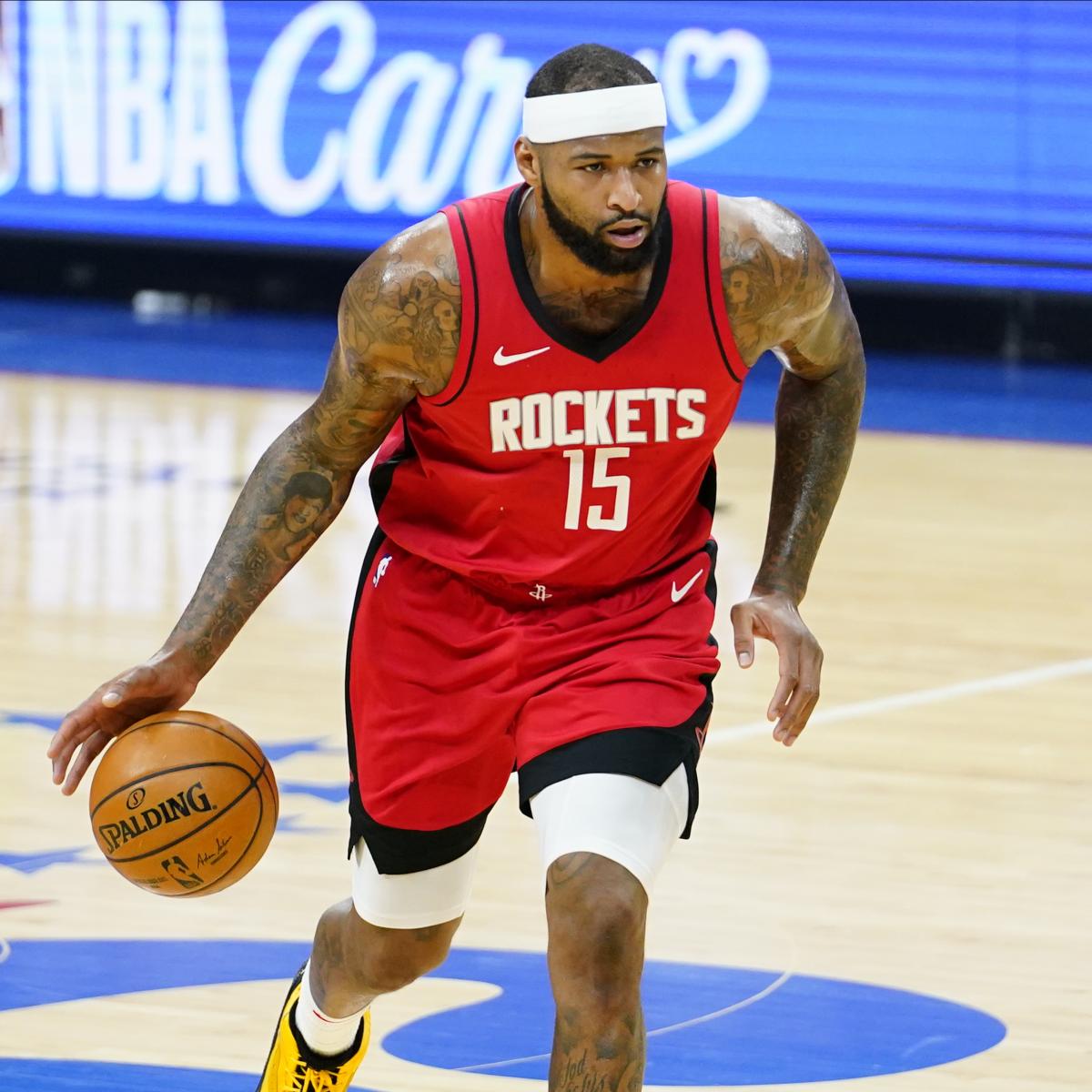 The Los Angeles Lakers will pursue Houston Rockets center DeMarcus Cousins, who will reportedly be released in the next few days.

Kevin O’Connor of The Ringer reported Saturday the Lakers’ interest.

“Sources: The Lakers will be among the teams to pursue DeMarcus Cousins,” he wrote. “The market will be limited for Cousins, sources say. He has struggled this year after returning from multiple major injuries. But for L. A. or any team in need of big man depth, few options bring higher upside.”

Shams Charania of The Athletic and Stadium reported earlier Saturday that the Rockets plan to “go smaller, younger” in the frontcourt upon the return of the injured Christian Wood (sprained ankle), leading to a parting of ways with Cousins.

The 30-year-old center has averaged 9.6 points, 7.6 rebounds and 2.4 assists in 20.2 minutes per game for the Rockets. He is a four-time All-Star and has earned two All-NBA nods during a career that began in 2010 with the Sacramento Kings.

Cousins signed with the Lakers during the 2019 offseason but missed the entire 2019-20 campaign with a torn ACL suffered during a mid-August workout.

L. A. waived him in February 2020, and Cousins sat the rest of the season out. He signed with the Rockets in November.

Houston turned the page to a new era after trading Russell Westbrook for Washington Wizards point guard John Wall in the preseason before honoring franchise guard James Harden’s trade request and dealing him to the Brooklyn Nets after the season began.

The Rockets have faced significant obstacles this year, with the team shorthanded due to injuries and health and safety protocols.

They haven’t been able to form much chemistry with plenty of new faces populating the roster, and Jae’Sean Tate is notably the only player on the team who has taken part in all 28 games this season.

As such, the 11-17 Rockets have lost seven straight to drop to 13th in the Western Conference.

Cousins is best served helping a contending team off the bench as opposed to riding it out on a rebuilding franchise. The defending NBA champion Lakers could use Cousins’ scoring and rebounding prowess to bolster the frontcourt, so a second go-round with him in L. A. can reap great benefits.

There will undoubtedly be competition for Cousins’ services, though, so we’ll see where he eventually ends up.