Lakers receive championship rings that include tribute to Kobe Bryant... 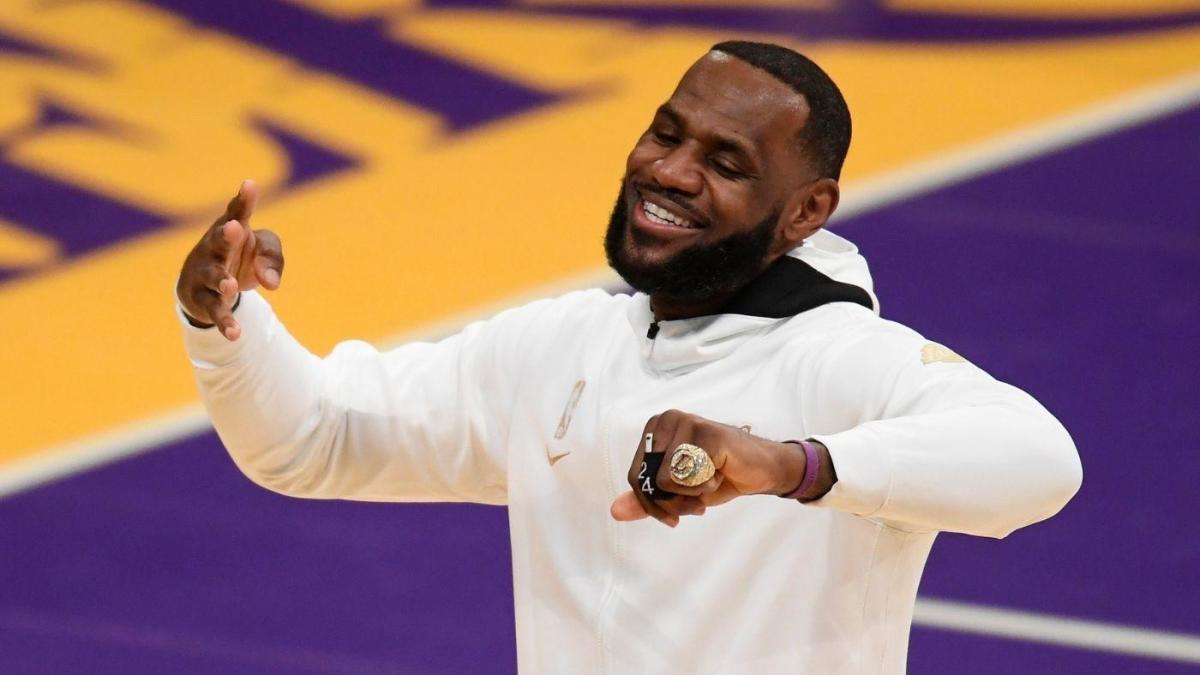 It’s a different starting date, a different in-arena atmosphere and a different, well, bit of everything, but a new NBA season officially tipped off on Tuesday, just three months after the end of the Orlando bubble. What wasn’t different about the return of pro basketball was last season’s NBA title winners receiving their championship rings to celebrate their accomplishments, a ceremony which the Lakers went through prior to their match up with their L. A. rival, the Clippers.

The pomp and circumstance were all still there for the handing out of the Lakers rings, albeit the crowd was notably missing from the whole shebang. As each player was called to receive their championship ring, a family member appeared on the big screen above the floor officially presenting each athlete with their official piece of championship hardware.

Each familial presenter provided a touching moment for all the players, but once they were given their rings, the attention shifted to the jewelry, and with good reason. I mean, just look at how gorgeous these things are.

ESPN’s Dave McMenamin spoke with the jeweler who created the ring and got the scoop on the details behind the hardware.

To recognize the 95 days the Lakers spent in the Orlando bubble, there are .95 carats in each of the 17 purple amethyst stones comprising the “L” on the ring’s face — and of course the 17 signifies the 17th championship in franchise history.

There are .52 carats of yellow diamonds in every ring, representing the 52 regular-season wins L. A. stacked up. The word “unity” is etched into every ring, a call to the social justice movement that the entire NBA, not just the Lakers, took on as a cause. The phrase “Leave A Legacy” — the Lakers’ playoff slogan — is also emblazoned in gold in LeBron James’ handwriting on every ring.

And Kobe Bryant, who died in a helicopter crash along with his daughter, Gianna, and seven others in January, has several tributes on the totem. There is a Black Mamba snake encircling every player’s uniform number, and the ring has a first-of-its-kind detachable top, revealing another Bryant salute.

Of course, another bit of the ceremony notably missing was the raising of the championship banner into the rafters of Staples Center. But the Lakers announced earlier Tuesday that they would be holding off on that part of the celebrations until fans are allowed back into the arena.