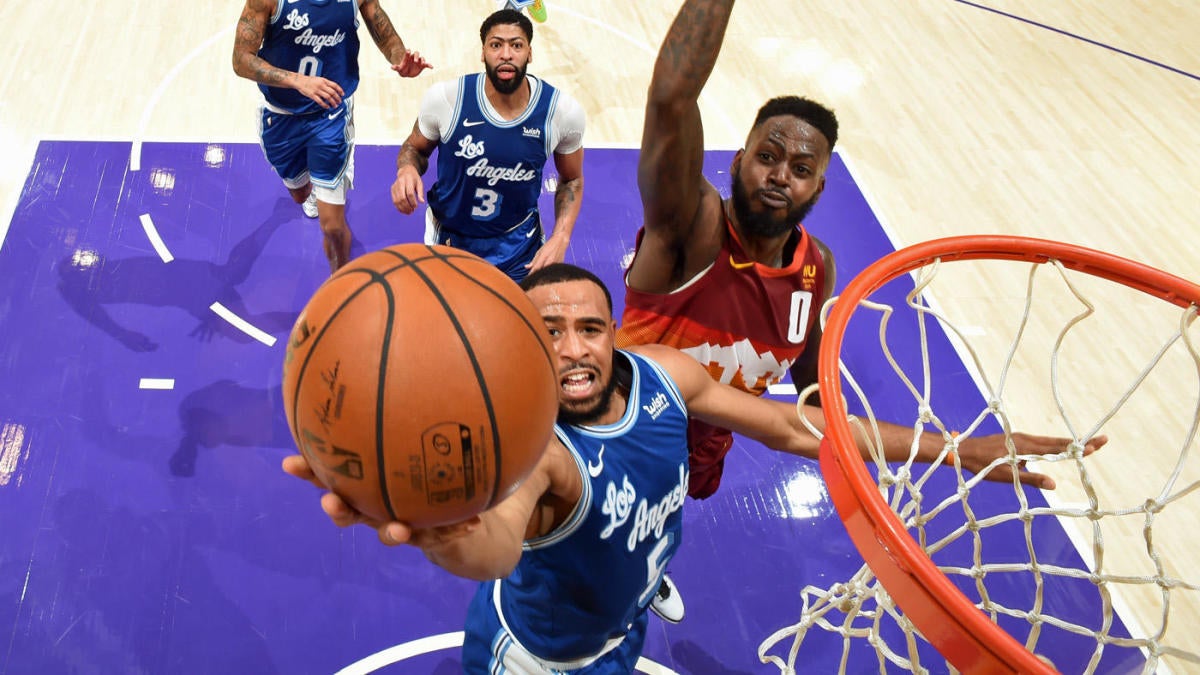 The Los Angeles Lakers needed only five games to dispatch the Denver Nuggets in last season’s Western Conference Finals, and despite a bumpy first half and a double-digit deficit, the defending champions were eventually able to defeat their former postseason opponent with similar ease on Thursday. The Lakers outscored the Nuggets by a staggering 33 points in the second half to walk away with a 114-93 victory, pushing them up to 17-6 on the season.

LeBron James led the way with a 27-point triple-double, but it was a Laker defense that held the Nuggets to only 35 second-half points that truly shined. Denver’s superstar tandem of Nikola Jokic and Jamal Murray combined to score only 33 points, and without real support from their role players, the Nuggets had no alternative method of generating consistent offense. With a postseason rematch potentially in the cards, here are the biggest takeaways from a strong Laker win.

The Lakers have the NBA’s No. 1 defense, but on a relative basis, they’ve been at their best against their best opponents. Their 108.3 Defensive Rating against top-10 offenses was tied for the NBA lead entering Thursday’s game, according to Cleaning the Glass, and after holding Denver to a mere 95.8, the lead will now belong to them alone. While effort has been a slight concern against lesser opponents, contenders have had no answer whatsoever for the Laker defense. The average NBA team is scoring 111.6 points per game, but they’ve held the five credible contenders they’ve faced (the Clippers, Bucks, 76ers, Celtics and Nuggets) to an average of only 103.4. If the Lakers are hitting their shots, they’re almost impossible to beat.

They hardly did so on Thursday, making only 33.3 percent of their 3-pointers, but it hardly mattered. Every Laker did his job defensively on Thursday, including Montrezl Harrell, whose struggles against Jokic may have cost him his place on the Clipper roster. This time around, Harrell, Anthony Davis and Marc Gasol contained Jokic while Talen Horton-Tucker smothered Jamal Murray for stretches. The second half was a defensive masterpiece befitting a defending champion, and if the Lakers keep defending this well, they aren’t going to surrender their throne any time soon.

Anthony Davis averaged 31 points against Denver in the Western Conference Finals. He reversed the digits on Thursday, scoring a paltry (by his standards) 13 on eight shots. Last season, that would have been a death sentence. The Lakers had two reliable shotmakers in James and Davis and every other point the Lakers scored flowed out of the attention they received from opposing defenses. That was especially true against Denver. In the Western Conference Finals, James and Davis scored over half of all Laker points in the entire season.

That is no longer an issue. Davis tied for fifth on the Lakers in shot attempts and it didn’t matter. On Thursday, Talen Horton-Tucker carried the secondary scoring load with 17 points on 12 shots, but on any given night, one of several Lakers could step into a primary scoring role. Some nights it’s Kyle Kuzma. Some nights it’s Dennis Schroder. Some nights it’s Montrezl Harrell. Some nights it’s Kentavious Caldwell-Pope. But it’s always somebody. The Lakers are no longer a two-man offense. Davis and James combined for only around 35 percent of the total Laker scoring output, a ratio Frank Vogel must be thrilled with at this point in the season.

Jerami Grant isn’t exactly Kawhi Leonard, but he offered a rare combination of size and athleticism that is essential to defending LeBron James. It’s not as though LeBron struggled in the Western Conference Finals, but Grant at least had the physical proportions to make him work for his points. That is especially critical for Denver considering its lack of rim-protection. Somebody, somewhere on the floor, has to pose a genuine challenge to LeBron.

Nobody did on Thursday. Paul Millsap and JaMychal Green are too slow. Will Barton is too small. Michael Porter Jr. just isn’t good enough yet. James limiting himself to only 27 points was a mercy. With his shot falling and no resistance at the basket whatsoever (the Lakers scored 66 points in the paint), he probably could’ve gotten to 40 had he wanted to. Instead, he settled for the triple-double and let his teammates cook.

That is not a kindness he is going to grant in the postseason, though, and it puts the Nuggets on the clock if they plan to genuinely push for a championship this season. They have until March 25 to find a forward capable of bothering LeBron. There are, at best, a dozen of them in the league at any given time, and unless Porter is on the table, the Nuggets aren’t loaded with the sort of assets they’d need to get one of them. What the Nuggets do have are several expiring contracts, a trade exception received after dealing Grant to the Pistons and all of their own draft picks. If they can’t use those pieces to find a LeBron-stopper, they aren’t going beat the Lakers in June.