Lakers news: Vogel thinks Caruso will be available upon return... 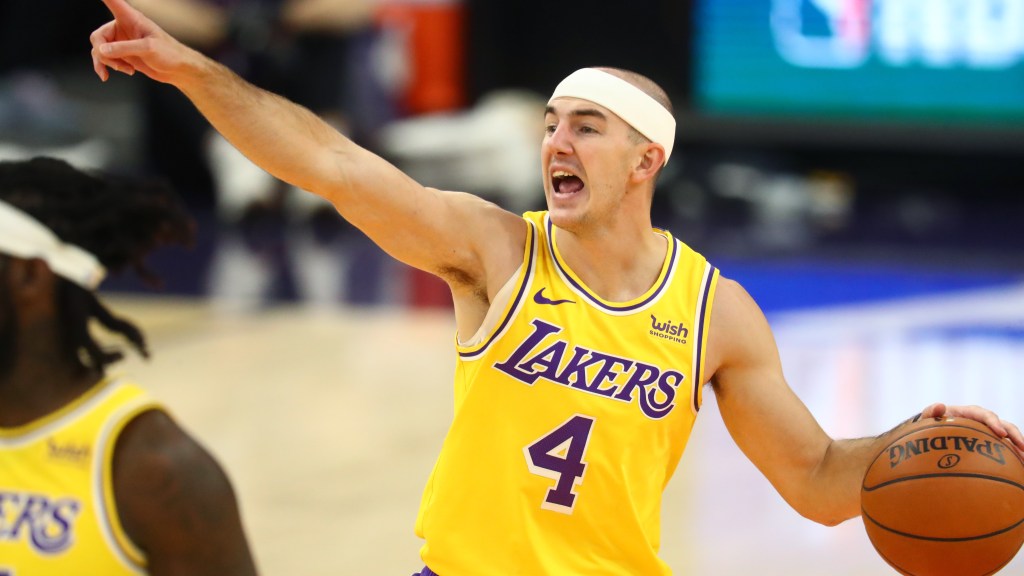 The Los Angeles Lakers completed a 4-0 road trip on Tuesday night with a gritty win over the Memphis Grizzlies and upon their return to L. A. they also expect to have at least one of their key backcourt players from their championship run back in the lineup.

Prior to the Lakers win on Tuesday over the Grizzlies, Lakers coach Frank Vogel told reporters he expects to have Caruso back with the team when they arrive back in Los Angeles. Caruso did not make the trip with the team, with the Lakers citing the NBA’s “health and safety” protocols.

“I think he’s going to be available. He’s been getting individual workouts in,” Vogel said, according to SB Nation’s Christian Rivas. “We’re hopeful. We’ll have to see how he’s feeling. You don’t want to throw a guy in there that isn’t ready, he’s been out not able to do too much, but we’re hopeful to have him there for our next game when we get back.”

It’s unclear why Caruso didn’t make the trip and the league has been intentionally vague about releasing which players are in the health and safety protocol and why.