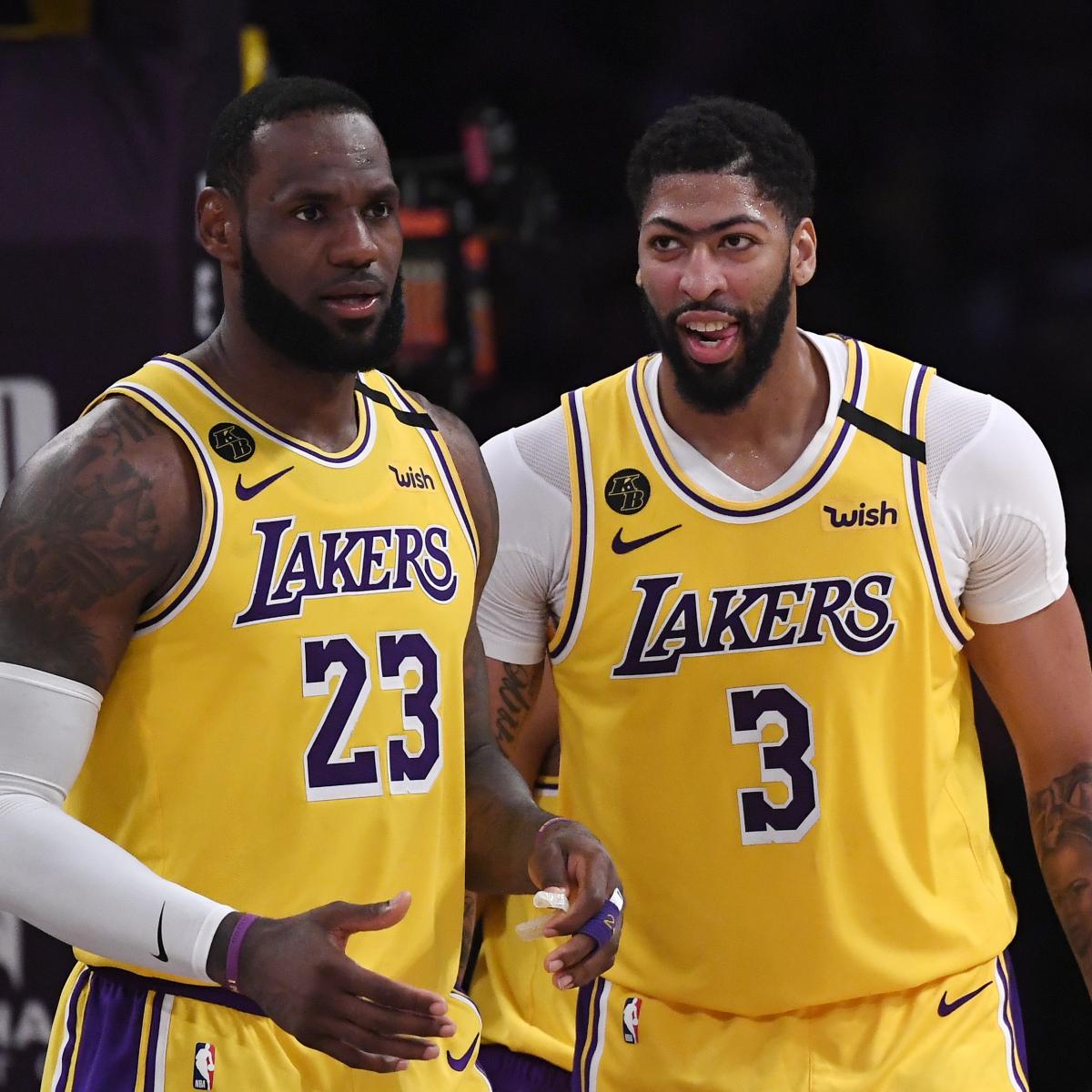 In basketball lore, the number 23 holds a lot of weight.

Michael Jordan made the jersey number iconic, but LeBron James has done an incredible job of carrying the torch.

And while it was James’ plan to pass the number over to Anthony Davis as a welcome gesture for being traded to the Los Angeles Lakers and don the same No. 6 he wore with the Miami Heat, the move was thwarted by Nike.

Now, a full season later, it looks like Davis is more comfortable sticking with No. 3, his current number, because it has grown on him, per Harrison Faigen of Silver Screen & Roll.

The seven-time NBA All Star wore the No. 3 in high school, and during his first year wearing it for the Lakers, he’s already won his first championship.

That’s the kind of jersey luck he’s not quite ready to turn his back on, especially now that he’s signed a five-year, $190 million deal to stay in Los Angeles.

“That could have been a two-year, three-year deal,” Davis told ESPN’s Dave McMenamin. “[But] I have to think about, also, the reality of things, too. I do have a little history with injuries, and a two-year deal, you kind of bet on yourself. God forbid, knock on wood, something happens.

“I want to secure the most amount of years possible and be here long term with this team, so I thought the five-year deal was best for me in my situation.”

Word got back to James that Davis had decided to stand pat, so he took to Instagram to suggest that they revisit the idea next offseason.

.@KingJames says he’s still gonna give his No. 23 jersey to AD after this season.

Bron was going to switch back to No. 6 last summer before Nike delayed the plan because it “could not accommodate the request,” per @ChrisBHaynes https://t.co/eGSQTFmXkt

“#23 gonna look a little different this year and we got this guy #6 … he’s aight lol,” James wrote. “Next season but that’s tough!”

For now, Lakers fans will just have to settle for rocking the No. 3 for Davis and No. 23 for James as they watch both superstars try to defend their 2020 championship.

“It’s really hard for me to kind of set goals like MVP or [Defensive Player of the Year],” Davis said. “I just kind of let that happen. I just like to let those things fall into place. If I go out there and play the way I’m supposed to and up to my potential, then those things just happen. But a goal is to win another championship. I want to be the anchor of our defense.

“My goal is to be on the floor as much as possible and not get injured. So that’s some little things that I love to set goals for myself. I don’t like to do the MVP, DPOY thing. If it comes, it comes, but it’s more so staying on the floor with my history of injuries. Those are the types of things I set goals for myself, and doing whatever I can do to help the team win.”

Less than three weeks after waiving Quinn Cook to free up some extra cap space, the Lakers have re-signed the fan favorite point guard.

Even when Cook was released, he was rewarded on his way out with $1 million from his non-guaranteed contract.

He also got a big thank you from James, who cited that the team would not have won the title without the help of Cook and Danny Green.

Would NOT have won that 🏆 without them both! Thank you and love! By the way I’ll see y’all in person soon anyways. Lol. 🙏🏾✊🏾👑 https://t.co/MuBspVgHns

James even hinted that he might be back during an appearance on The Road Trippin’ podcast.

“Quinn, he’s a pro, he’s definitely going to get a look,” James told the hosts. “Hopefully back with us. Hopefully we may bring him back.”

Details of the contract have not been released, but according to Bleacher Report’s Eric Pincus, he was reportedly signed at the minimum with a cap hit of $2.6 million instead of the $3 million it would have been prior to being waived last month.

Bringing the career 40.7 percent three-point shooter back gives the Lakers another ball-handler and someone that spreads the floor and understands head coach Frank Vogel’s system.