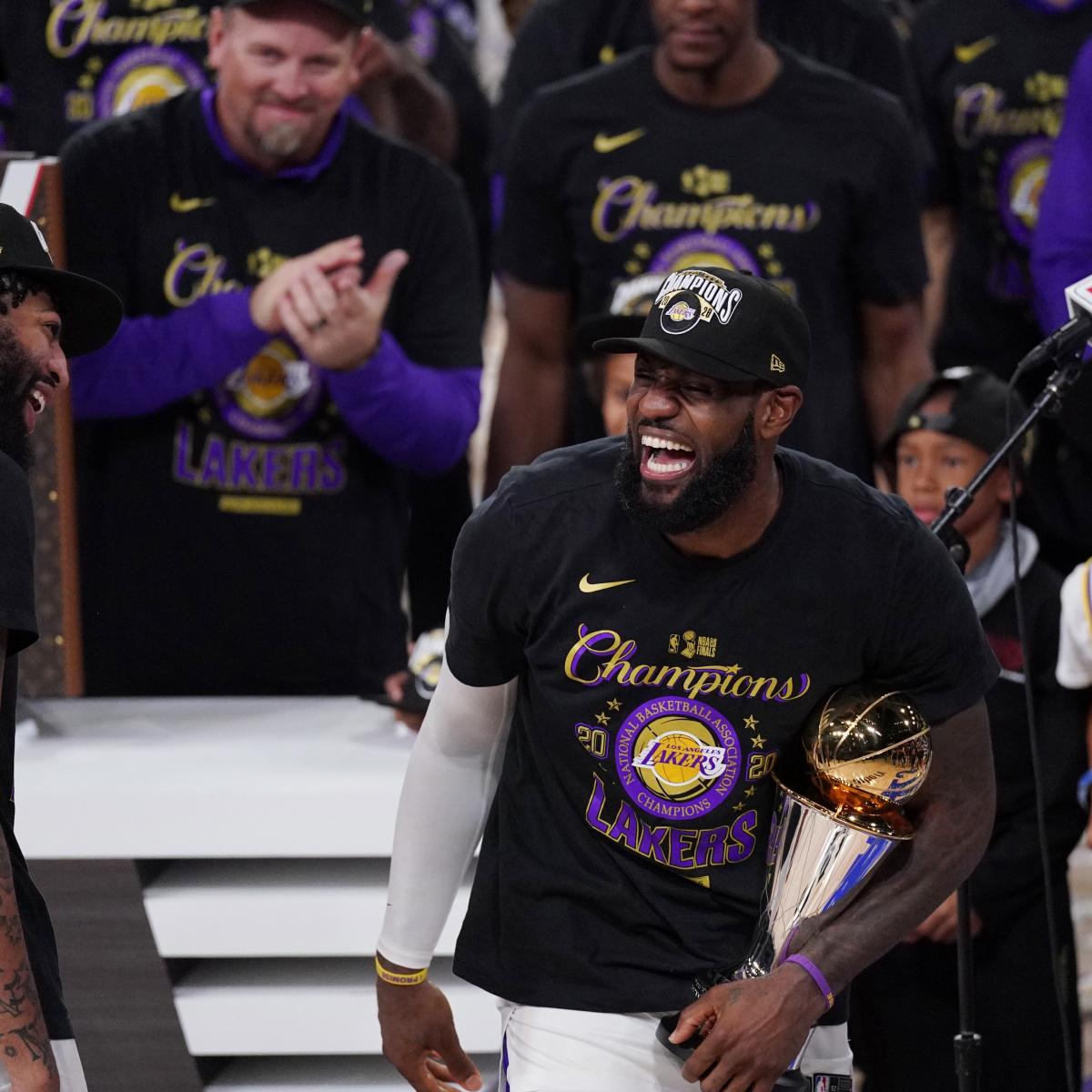 The Los Angeles Lakers have established clarity with respect to their two stars.

Anthony Davis and LeBron James both agreed to new multiyear deals with the Purple and Gold, keeping their superstar duo intact for at least the next three seasons.

James was the first to reach a new agreement, signing a two-year, $85 million extension that runs through the 2022-23 season, per Shams Charania of The Athletic and Stadium. In essence, the Lakers bought out the player option the 35-year-old originally had on the table for next year and tacked on an additional season.

There are other interesting nuggets to the deal. Charania noted James’ contract expires when his son, Bronny, graduates high school. Bronny might have the opportunity to jump to the NBA if the league changes its draft eligibility rules, thus possibly giving LeBron the chance to realize the dream of playing with his son.

First and foremost, however, the deal is about James cementing his Laker legacy. LeBron wasted little time in bringing championship glory back to Los Angeles. But he is undoubtedly hoping to be held in the same esteem as franchise legends like the late Kobe Bryant, Magic Johnson and Shaquille O’Neal. Winning a few more rings would certainly bring about those conversations.

Davis is also out to establish his Laker legacy. In fact, he appears ready to anchor himself to the franchise for the better part of his basketball prime.

The Brow agreed to a five-year, $190 million contract Thursday, per ESPN’s Adrian Wojnarowski. The back-loaded deal has a fifth-year player option, per ESPN’s Bobby Marks, giving both sides flexibility while still maintaining a semblance of continuity.

This is a pretty big commitment from Davis. The 27-year-old could just as easily have pursued a three-year deal so as to reenter the market the same year LeBron’s contract expires. Instead, he clearly felt comfortable hitching himself to the Lakers’ cart.

The Lakers and Davis have negotiated in good faith. Davis indicated he was willing to wait to see how L.A. filled out the roster prior to signing his own deal, and Lakers general manager Rob Pelinka responded by making a number of moves.

Pelinka acquired point guard Dennis Schroder from the Oklahoma City Thunder, giving the team a much-needed playmaker and shot creator. He then signed Sixth Man of the Year Montrezl Harrell and Marc Gasol to bolster the team’s frontcourt depth.

Perhaps most importantly, Pelinka brought back the two players with the closest ties to James and Davis. The Lakers re-signed Kentavious Caldwell-Pope—also a Klutch Sports client—to a three-year deal. Los Angeles also inked Markieff Morris on a one-year minimum deal.

According to Broderick Turner of the Los Angeles Times (h/t Spectrum SportsNet), Davis strongly advocated especially for Morris’ return. By re-signing him, the Lakers showed a level of commitment to AD and let him know he will have input in terms of future roster moves.

James and Davis flourished on the court in their first season together, culminating in a championship. Both stars are hoping their partnership continues to bear fruit as they lead the franchise into the future.