Lakers news: Alex Caruso does not travel with team to... 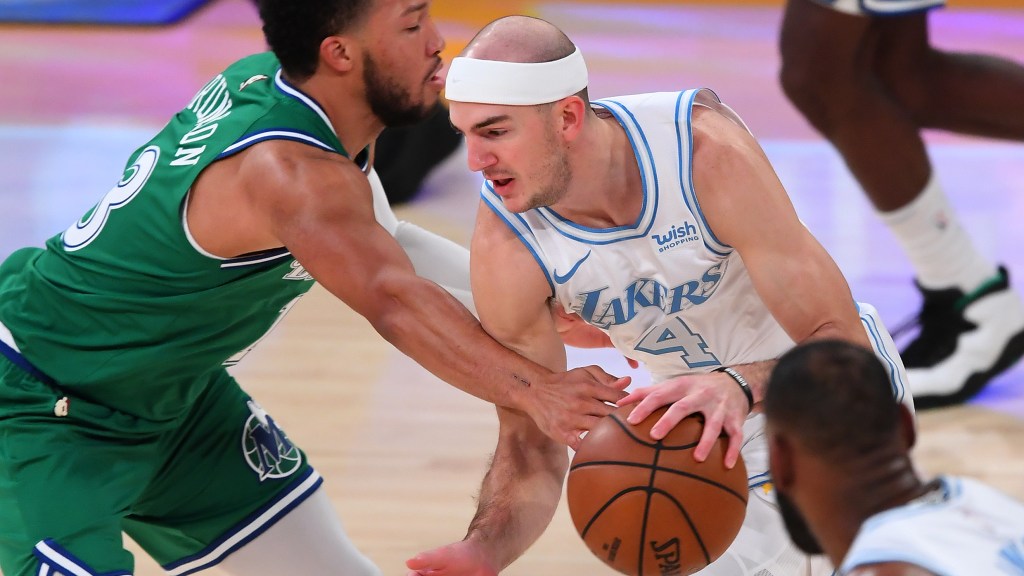 The Los Angeles Lakers will continue to be without one of their best perimeter defenders as they start a four-game road trip, starting Wednesday with their game against the San Antonio Spurs.

According to Dan Woike of the Los Angeles Times, Laker guard Alex Caruso did not make the trip with the rest of the Lakers to San Antonio, where they will play a set of two games against the Spurs before moving on to Memphis for a two-game set against the Grizzlies. Caruso missed Monday’s game against the Portland Trail Blazers as well, due to the team’s “health and safety protocols.”

The Lakers are coming off of a loss against the Portland Trail Blazers on Monday night following two blowout wins at home. Portland’s Carmelo Anthony missed the start of the team’s trip, like Caruso, due to the league’s health and safety protocols, but has already rejoined the team.

The Spurs have started 2-1 on the season as Gregg Popovich appears to have his very young squad ready to play. Meanwhile, the Lakers opponent in the back end of the trip, the Memphis Grizzlies, will be without 2019-20 Rookie of the Year Ja Morant, who is out for the next few weeks with an ankle injury.