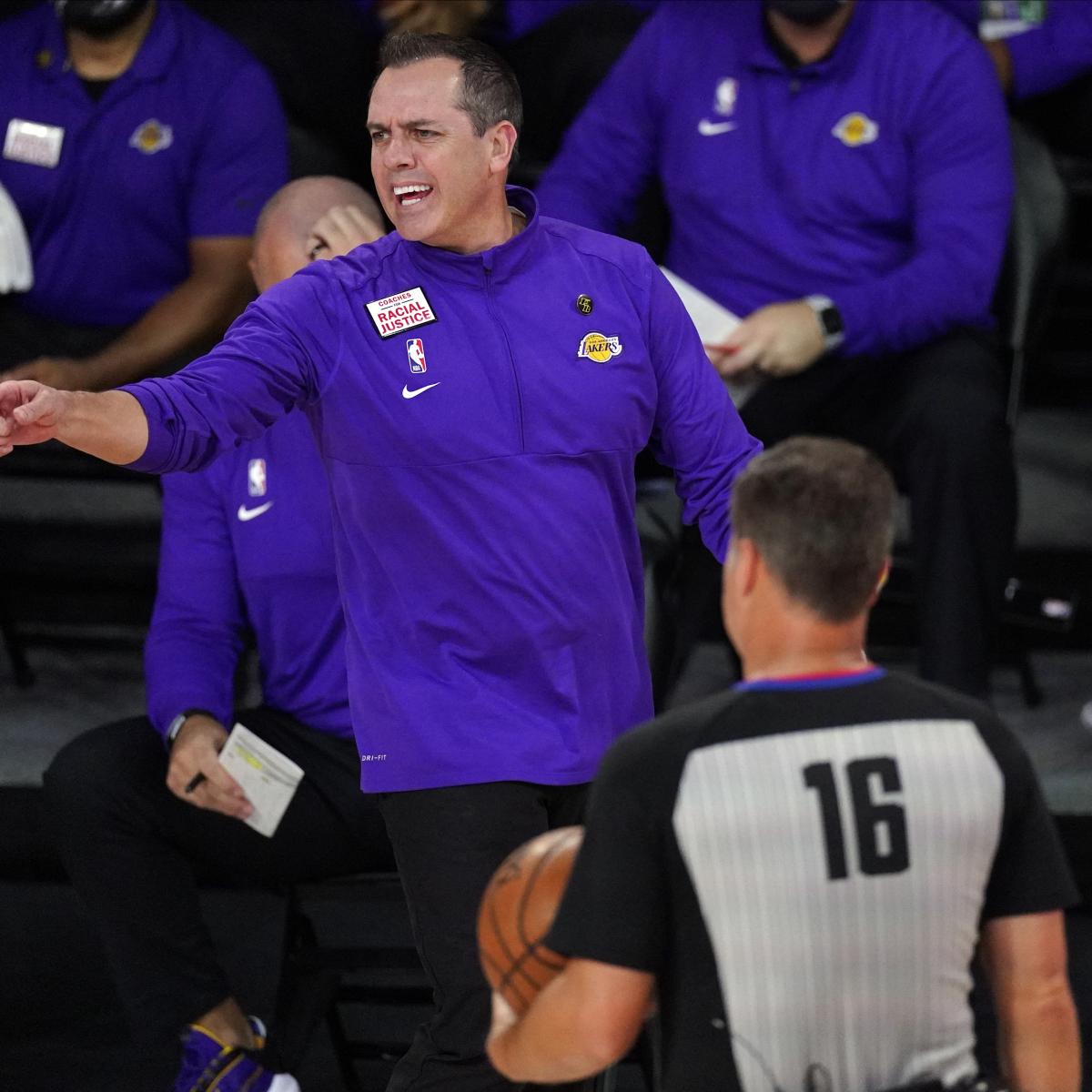 Los Angeles Lakers head coach Frank Vogel was rather blunt in assessing his team’s chances at defending their NBA title this season with the 2020-21 campaign challenging players in a way many have never experienced.

Vogel said the Lakers will have the normal target on their back as champions, but will have to deal with the stress added by a much shorter offseason and a condensed schedule. He didn’t even need to mention the additional restrictions the league has put in place due to the coronavirus.

As Los Angeles kicked off media day on Friday, the message was clear: last year was tough, this year will be tougher and the Lakers are built for the challenge.

Here’s where the new additions figure to fit in:

Vogel on the free agent acquisitions (Harrell, Gasol, Matthews, Schroder): “The new players we brought in here are nasty dudes.”

Each has his own distinct personality, of course, but Vogel loves the collective fire.

“He’s a terror and a beast to play against. The energy he brings, it’s palpable in the (practice facility) already. The electricity in the building just spikes.”

Rob Pelinka on assembling the roster, including additions of Schroder, Harrell, Gasol and Matthews: “It’s really building a team around the identity of how the coaching staff wants to coach, and that’s with defense, high IQ and grit.”

Vogel discussed two things that Marc Gasol brings offensively that LAL didn’t have last year that can expand the playbook: he can pick and pop for 3’s, and is a great passer as a roller.

Vogel said he called Schroder “The Speeding Bullet” in the film room when scouting him as an opponent. He thinks he fits in perfectly with LAL from that standpoint, as they excelled in transition last season. https://t.co/VYNZb1D99F

Vogel also mentioned giving Schroder a look in the starting lineup, citing his ability to play on and off the ball alongside LeBron James.

As far as the familiar faces in L.A. go, fans should have some reasonable expectations for what James is able to provide this year—especially earlier in the season.

Entering his age 36 season, the Lakers want to make sure they get as much out of James this year as possible. Vogel said that could mean limiting his star player’s availability in the preseason.

“We don’t want to under-do it, and then he’s not ready to play in real games,” Vogel admitted. “We don’t want to overdo it, [either]. I expect we’ll probably see him some, but not a ton. Enough for him to get ready for opening night.”

James didn’t address the media on Friday but reporters got to hear from Anthony Davis on how he’ll help keep his teammate fresh.

Anthony Davis on President Obama telling LeBron James to have AD do all the work to open the season: “I am younger than LeBron, so President Obama would say something like that.” AD said he and LeBron are talking on how to figure out the approach with the quick turnaround

Davis on any personal goals: “It’s hard for me to set goals like MVP, DPOY, I like to let those things fall into place. If I play like I’m supposed to up to my potential, those things (can) happen…

The goal is to win another championship.”

Davis on his outlook for 2020-21: “We’re going to talk with the coaches, the training staff and figure out the best way to approach this season. Both (me and LeBron) want to play but it is a quick turnaround and we have to make sure we have our bodies healthy (to) repeat.”

Davis also explained why he decided to sign a five-year contract instead of a shorter deal. The forward said it was a combination of being in “the place I want to be” and taking his injury history into consideration.

“I just thought it was best for me to go ahead and lock it in,” Davis said.

That works just fine for the Lakers who hope to have easier paths back to the Finals in the years to come.