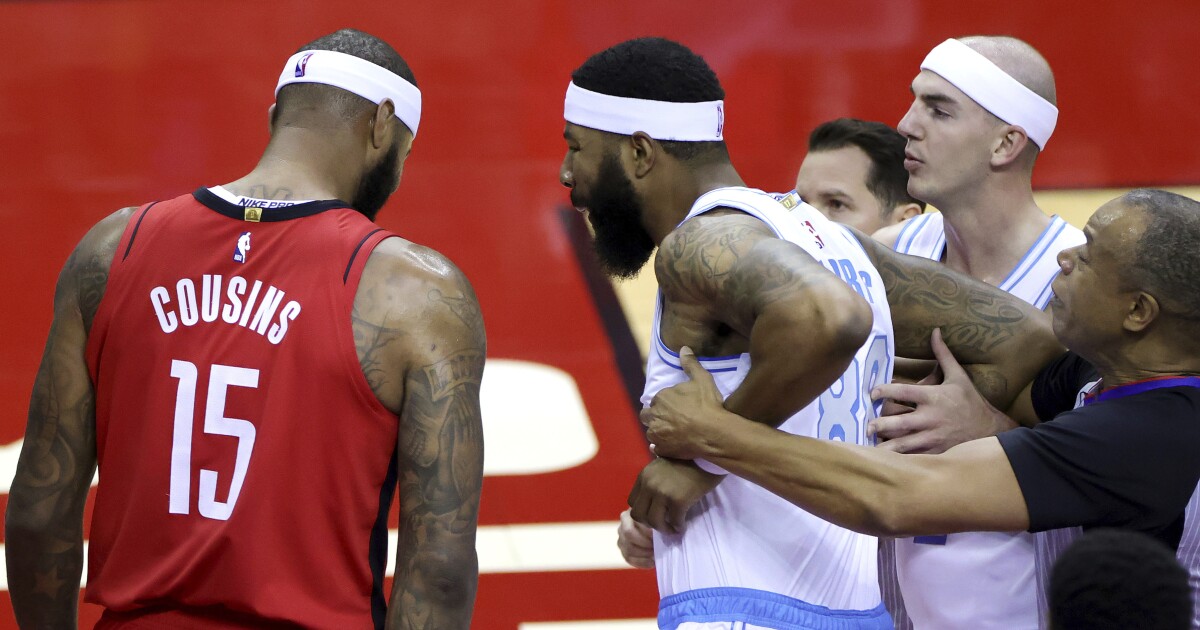 The NBA on Tuesday fined Lakers forward Markieff Morris $35,000 and Rockets center DeMarcus Cousins $10,000 for their roles in an altercation during Los Angeles’ 120-102 victory at Houston on Sunday night.

Morris was seeking position in the lane when he bumped into Rockets forward Jae’Sean Tate with 2 minutes 15 seconds remaining in the first quarter, which led to Morris being called for a flagrant foul.

Cousins then shoved Morris in the chest, sending the Lakers forward tumbling to the floor, for which Cousins was assessed a technical foul.

Morris chased after Cousins, who backtracked and headed toward Houston’s bench as the referees and both teams’ security contingents separated the two.

The NBA said that because Morris further escalated the situation, by charging after and shoving Cousins, in an act to “aggressively pursue” him, Morris was given a technical foul and ejected from the game.

Cousins was later ejected from the game with 11:14 left in the second quarter for a flagrant foul after striking LeBron James across the face while trying to swipe at the ball as the Lakers forward drove across the lane.

The Lakers and Rockets have a rematch tonight in Houston.