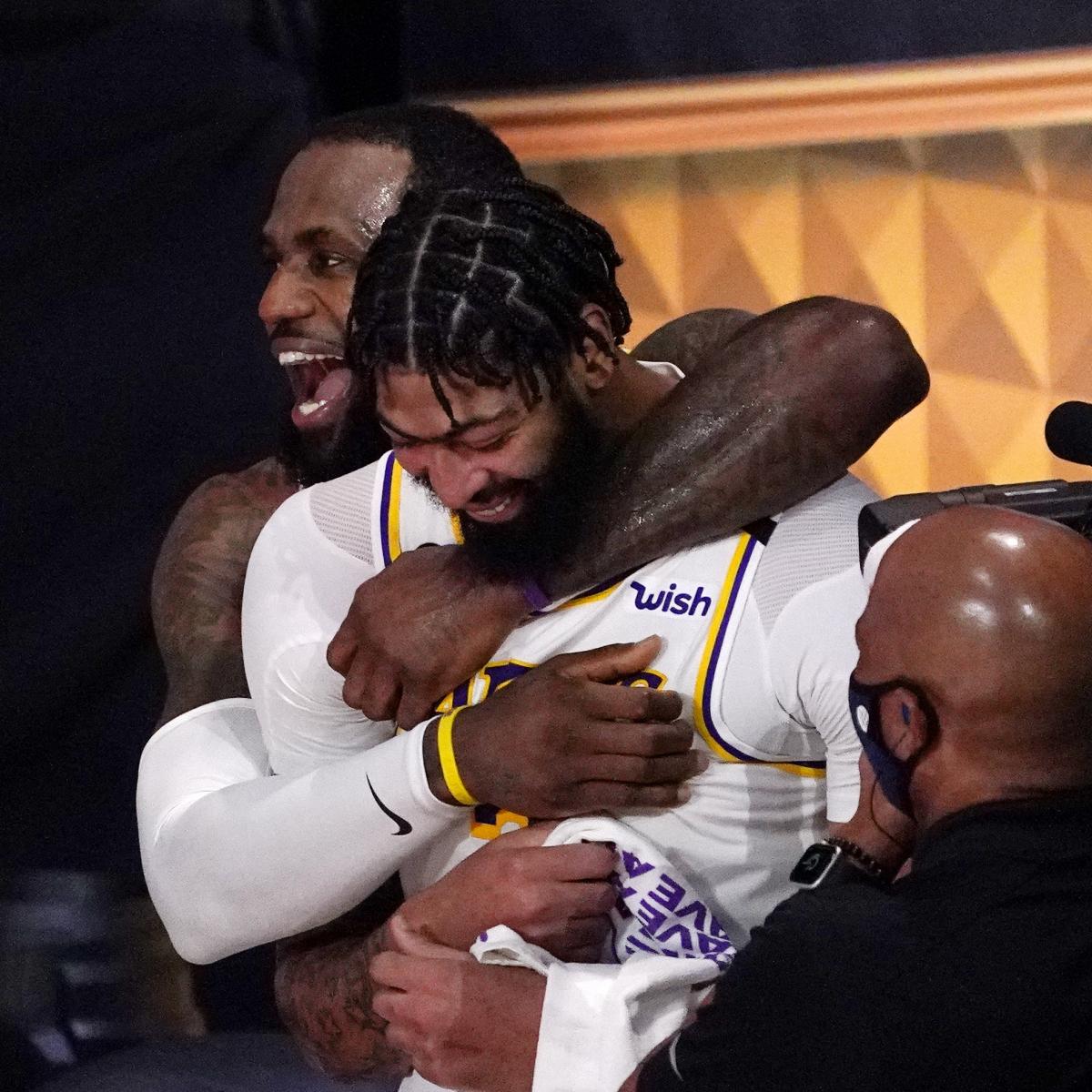 LeBron James may not have the most championships in NBA history, but he feels he’s won the most difficult ones.

The Los Angeles Lakers superstar said he believes the titles he won with the Cleveland Cavaliers in 2016 and with the Lakers in last season’s bubble were the hardest in league history.

“I’ve been a part of two teams that’s won the two hardest championships in NBA league history,” James said on the Road Trippin’ podcast. “The 2016 Cavs coming back from 3-1 versus a 73-9 team, being down 3-1 versus one of the best teams ever been assembled. … And then what we went through in the bubble. And if you were not in the bubble, you don’t quite understand it. You will never, ever understand how hard it was to win that championship, to be able to motivate yourself to be out of—this is literally out of your whole comfort zone. No family. I didn’t see my family for eight-and-a-half weeks.”

The 2016 Cavs are the only team to come back from a 3-1 deficit in the NBA Finals. That championship was something of a crowning achievement for James, the one that erased any of the “front-runner” criticism that dogged him when he was with the Miami Heat.

Last season’s championship with the Lakers was unique, in large part because only players and coaches know how difficult the bubble scenario was. While some detractors have said the “bubble title” deserves an asterisk because of the COVID-19 pandemic-shortened season, it’s likely the months spent at Walt Disney World in Florida were more taxing on players than a typical playoff slate.

As James noted, players had to go without seeing their families or sleeping in their own beds and had to change their ways of life to make the bubble work. While being on the road is part of the NBA lifestyle, those trips usually last a week at most—not for up to three months.

Players have spoken at length about the mental toll of the bubble, and the NBA emphasized counseling and other mental health services for players to help them manage the non-physical side of being away from their everyday lives.

“Hardest” is a subjective term, but the two titles James cited do seem to rank among the most difficult in memory.