Lakers’ LeBron James Calls out Clippers for ‘Talking S–t’ During... 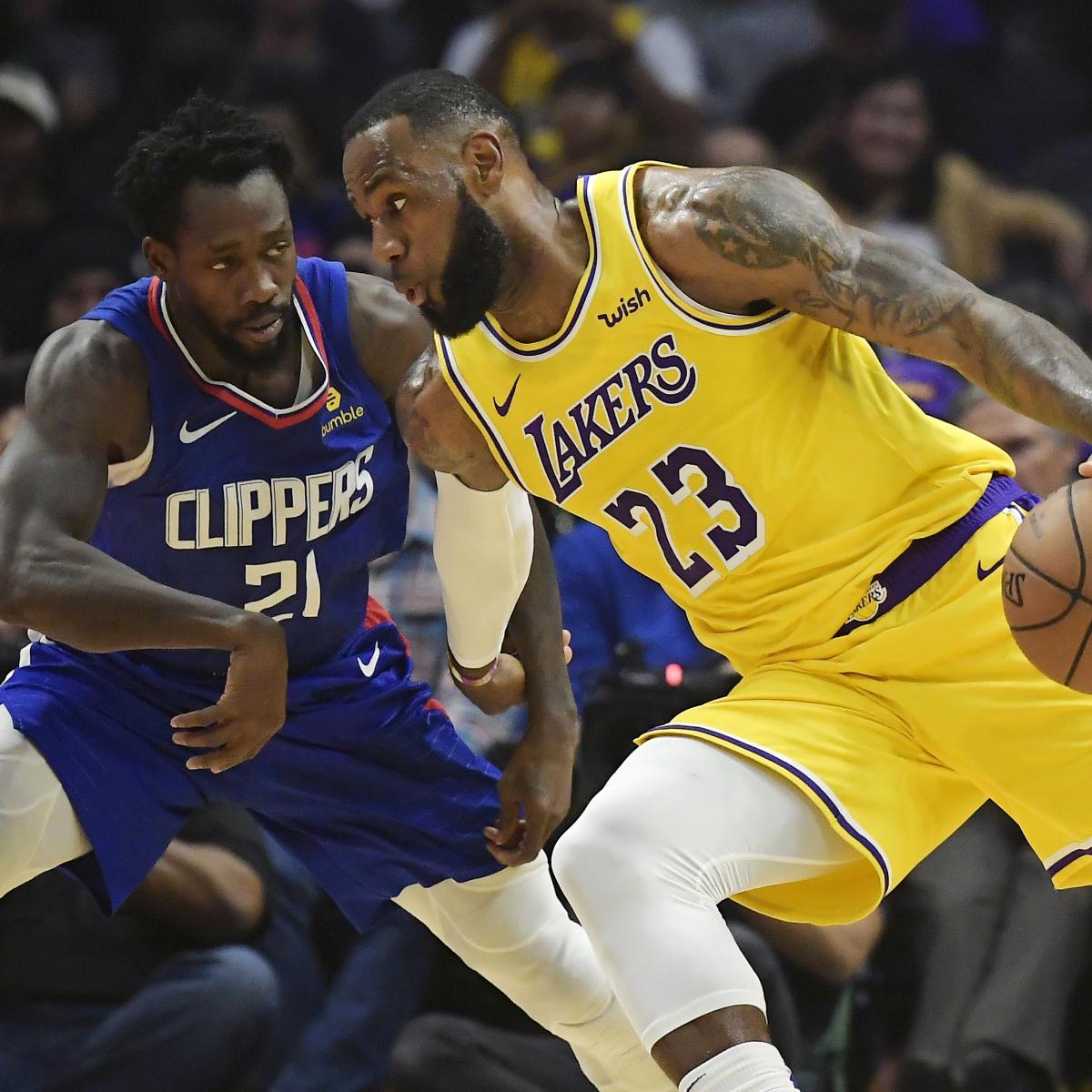 Even LeBron James was stunned the Los Angeles Clippers blew a 3-1 lead in the second round of the playoffs to the Denver Nuggets.

Especially after all the “s–t-talking” they apparently did all season.

“They put theyself in a position to get what they’ve been talking s–t about all year,” he said during a conversation with Richard Jefferson, Channing Frye and Allie Clifton on Road Trippin’ (seven-minute mark). “And I just couldn’t fathom the part or come to the realization that they did not seek that opportunity when it was right there … up 3-1.”

He made it clear he was not referring to Kawhi Leonard or Paul George but instead was talking about the supporting cast talking trash.

With all due respect to the Nuggets, the Clippers blowing that lead cost basketball fans the highly anticipated showdown in the Western Conference Finals so many were looking forward to all season.

Instead of the all-L.A. clash featuring James and Leonard going against each other on the big stage again, the Lakers handled the Nuggets with relative ease in a five-game victory. They also avoided the top-seeded Milwaukee Bucks from the Eastern Conference and finished their NBA championship with a six-game win over the Miami Heat.

There have since been a number of changes for the Clippers.

What’s more, Jovan Buha of The Athletic reported there was a “lack of buy-in” that spread across the team and started with the special treatment Leonard and George received. That both played so poorly down the stretch of the Game 7 loss to Denver surely didn’t sit well with some teammates with that as the backdrop, either.

Perhaps the biggest question of the entire 2020-21 campaign is whether the Lakers and Clippers will meet in the playoffs and give fans that highly anticipated series. James calling them out for “s–t-talking” could serve as bulletin-board material for the Clippers, who should have no shortage of motivation after the collapse.

After all, Patrick Beverley already said the team is “pissed off” coming into the season, per Ohm Youngmisuk of ESPN.