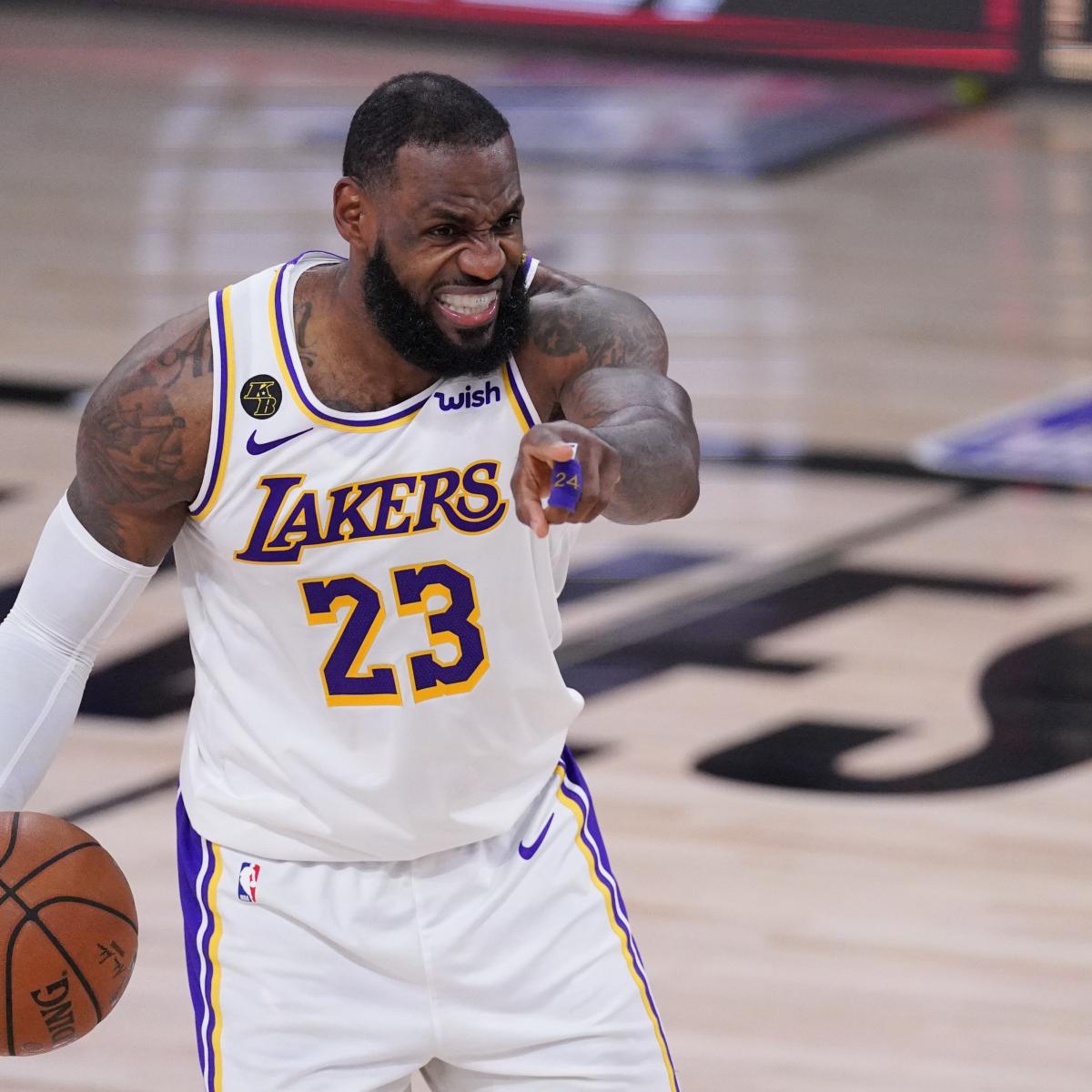 Los Angeles Lakers forward Lebron James was named to the All-NBA team for the 16th time in his 17-year career, appearing unanimously on 100 ballots to earn the honor and break a record he previously shared with Hall of Famers Tim Duncan, Kobe Bryant, and Kareem Abdul-Jabbar.

Giannis Antetokounmpo, James Harden, Luka Doncic, and Anthony Davis were also named to the All-NBA first team, which was announced on ESPN’s The Jump on Wednesday.

As the Lakers await the start of the Western Conference Finals, James leads the league with 10.2 assists per game, while averaging 25.3 points and 7.8 rebounds.

Antetokounmpo, the defending league MVP, was also a unanimous first-team selection for the second year in a row.

With his selection, Doncic became the first player since Duncan in 1998-99 to be named to the first team in his second season in the league. The Mavericks guard is the sixth player to earn an All-NBA nod at 21 or younger.

Harden and Doncic also appeared on all 100 ballots but were not selected to the first team on all of them. Davis and Jokic appeared on 99 ballots, and Leonard was on 98.

Voting for All-NBA teams was based on regular-season games played through March 11, and ballot-holders could vote for two guards, two forwards, and one center for each team. With limited positions, some stars were left out of earning the honor.

Despite appearing on 60 ballots—more than Simmons (43) and Westbrook (38), Milwaukee forward Khris Middleton was not selected for an All-NBA team. Philadelphia center Joel Embiid finished fourth among centers and did not earn a nod.