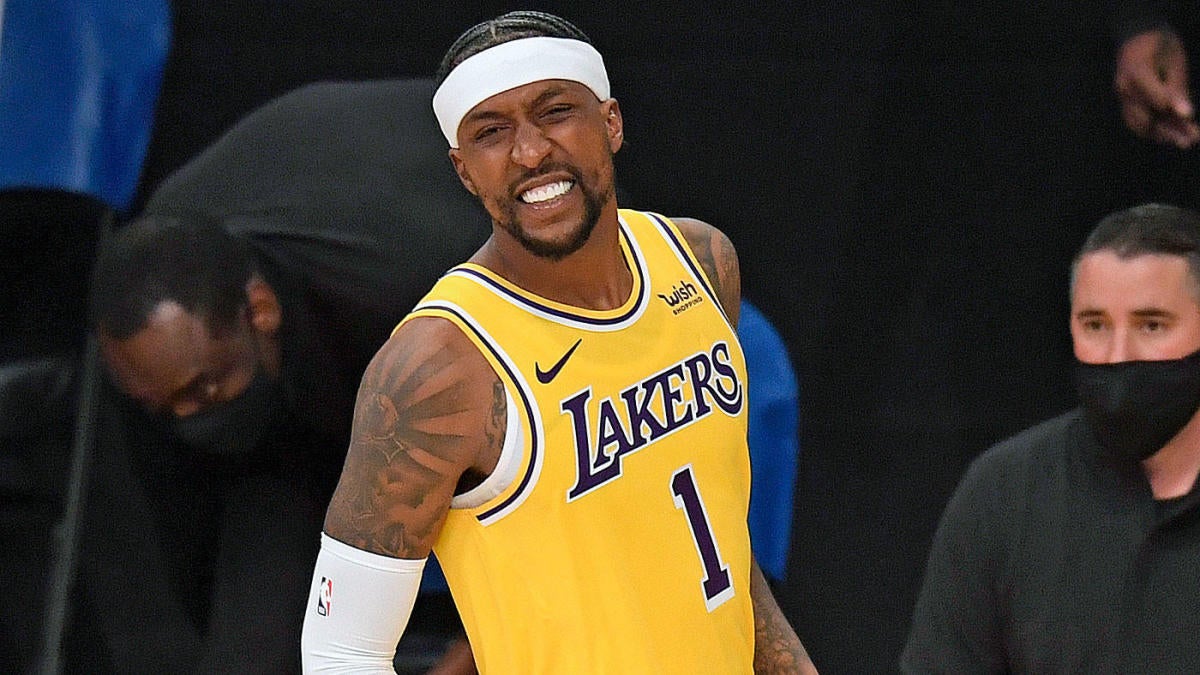 Kentavious Caldwell-Pope almost never misses games. Since joining the Lakers ahead of the 2017-18 season, he has missed only 10 regular-season contests and was healthy throughout their championship run in the Orlando bubble. That reliability has been crucial for a Lakers team that has undergone meaningful roster turnover every year he’s been in Los Angeles, but it is going to be put to the test after Caldwell-Pope suffered an injury against the San Antonio Spurs.

The play came early in the third quarter, as Caldwell-Pope was blocked on a layup attempt by DeMar DeRozan. He immediately fell to the ground with what was determined to be a sprained left ankle. He was undergoing X-Rays, as Lakers sideline reporter Mike Trudell revealed on the game’s broadcast.

Caldwell-Pope won the starting shooting guard battle for the Lakers out of training camp, the role he held in the playoffs after Avery Bradley opted out of the bubble. If he has to miss any time, the Lakers will have a difficult decision to make as far as replacing him. Typically, Frank Vogel has tried to go with Kyle Kuzma when a normal starter has to miss a game, but as he is a forward, that fit would be questionable. Wes Matthews would seem to be the logical fit. He has spent most of his career as a starter at shooting guard, and a 6-for-6 night against San Antonio on Wednesday got his 3-point shot back on track.

Alex Caruso started Game 6 of the NBA Finals, but he is away from the team because of the league’s health and safety protocols. And then there’s preseason standout Talen Horton-Tucker. Although he is below the other options in the rotation, the Lakers have proven to be comfortable experimenting with the rotation in a regular season in which winning isn’t the only priority. Seeing how Horton-Tucker operates with the starters could prove valuable down the line.

Either way, the Lakers will need to hope that Caldwell-Pope can return to the floor promptly. With LeBron James and Anthony Davis in place, 3-and-D wings are worth their weight in (purple and) gold for the Lakers. Caldwell-Pope was arguably their third-best player in the playoffs last season, and they’ll need him to repeat that feat if they are to repeat as champions this year.