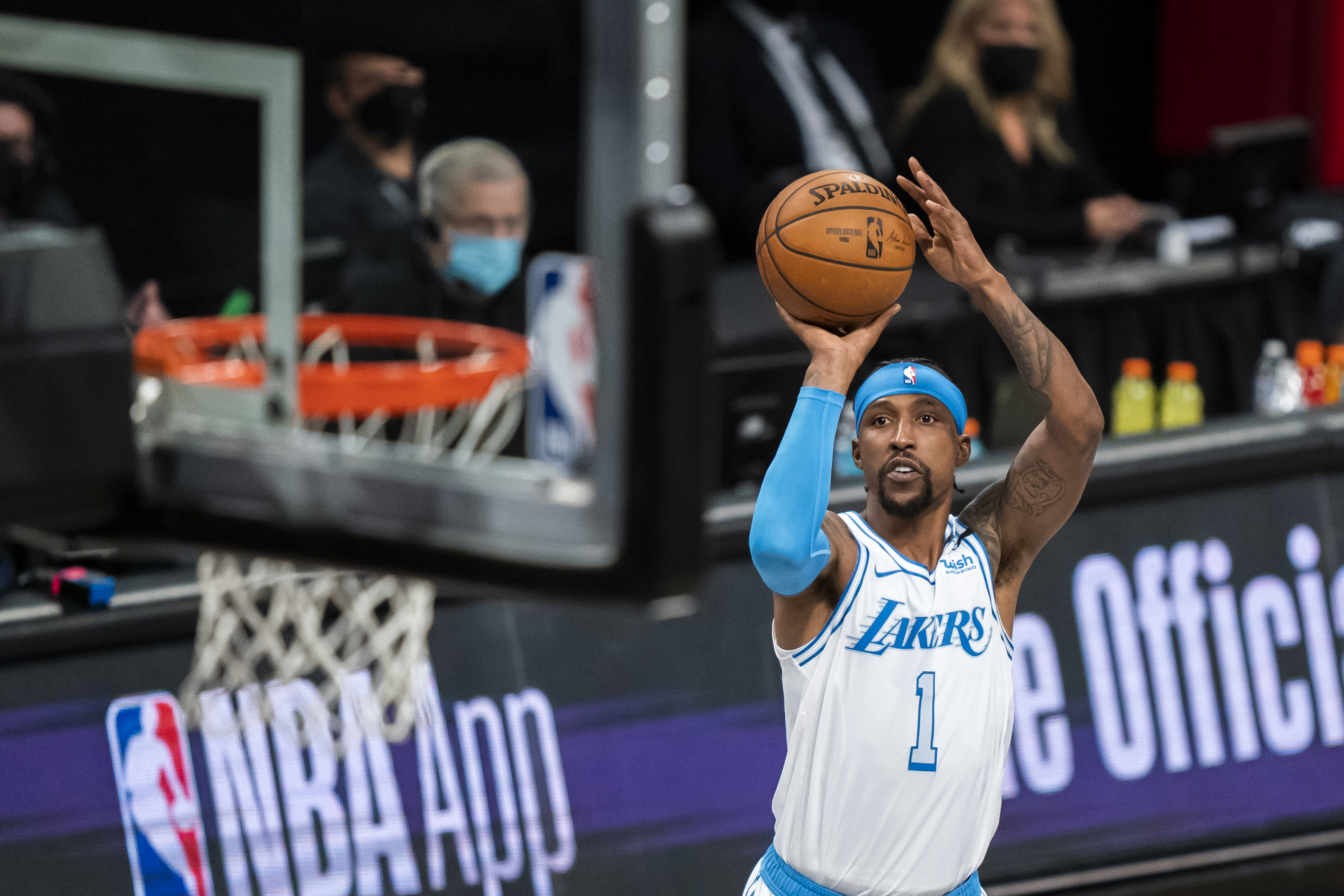 Los Angeles Lakers guard Kentavious Caldwell-Pope and his friends were reportedly robbed at gunpoint by three men in the early morning hours of June 17 in L. A.

TMZ Sports reported Saturday the group was talking in Caldwell-Pope’s driveway when a car pulled up and the men who got out drew guns before demanding valuables. They left with an estimated $150,000 in items, including a Rolex watch, jewelry and an iPhone.

TMZ noted KCP was not injured and the Los Angeles Police Department has launched an investigation.

The Lakers’ season came to a close June 3 with a Game 6 loss to the Phoenix Suns, ending their hopes of defending the 2020 NBA title.

Caldwell-Pope struggled in the first-round series, averaging 6.2 points on 27.2 percent shooting across five appearances. He missed Game 4 with a knee injury.

The 28-year-old Georgia native averaged 9.7 points, 2.7 rebounds and 1.9 assists in 67 games during the regular season. The Lakers as a whole lagged well below expectations because of a seemingly never-ending stream of injuries, including extended absences for LeBron James and Anthony Davis.

Caldwell-Pope told reporters after the playoff exit he believes the Lakers would’ve seriously competed for back-to-back titles if they were healthy:

Caldwell-Pope has two seasons left on his three-year, $39.1 million contract with L. A.

No further details about last week’s robbery were immediately released.