Lakers dismantle Pelicans in second half for fifth straight win 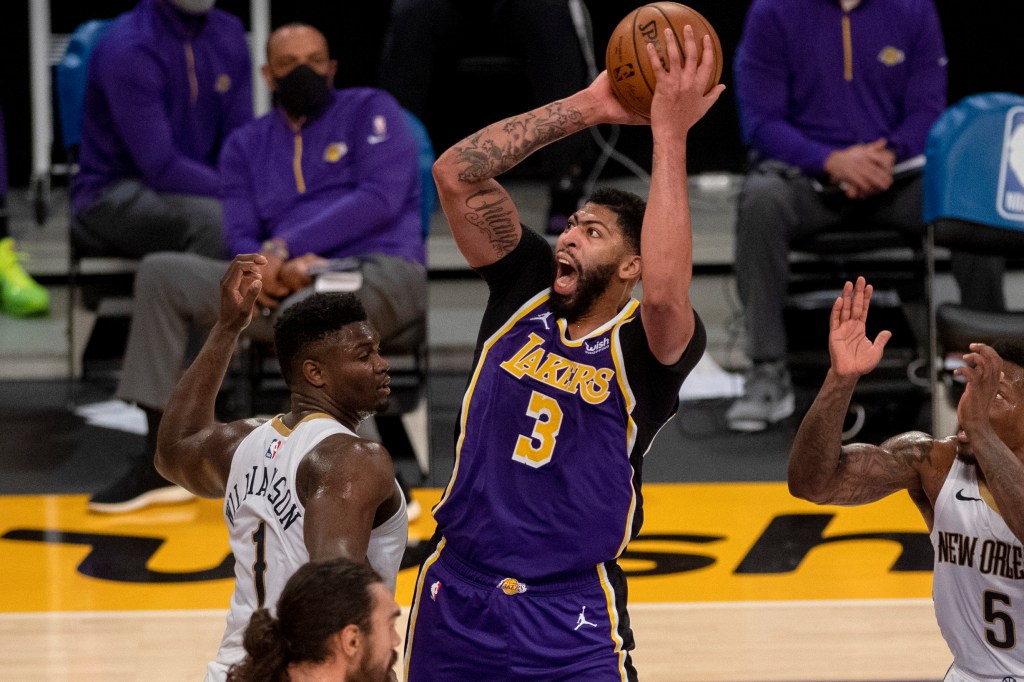 The Lakers have looked a lot like frontrunners lately, riding a winning streak that saw them ring up several blowouts on the road. How, then, would they respond to a youthful team out-shooting them and out-defending them to take a 15-point lead?

As the visiting New Orleans Pelicans got out to an explosive start at Staples Center on Friday night, the Lakers steadily hung in, then crept back – first in the margins, then finally, overwhelmingly in the third quarter when the dam broke with a 15-0 run on the way to a 112-95 victory, the Lakers’ fifth straight.

LeBron James (21 points), of course, provided the crowning moment of the rally with a highlight-reel putback dunk. The power in his legs still belies his 36 years, but the steadiness with which he and the Lakers (11-3) handled their upstart competitors and their young stars, Zion Williamson and Brandon Ingram, spoke to how much experience separates these teams. The Pelicans were rocked in the second half on every level, scoring just 37 points after halftime while finding their sturdy first-half defense torn apart: The Lakers’ passing prowess netted them 31 assists on 39 field goals on the night, led by James’ 11. Six Lakers scored in double figures, including Anthony Davis (17 points) and Montrezl Harrell (16 points).

From the 6:40 mark of the third quarter until there were 55 seconds remaining, New Orleans couldn’t score at all. The Lakers came out of a timeout with fadeaway shots from James and center Marc Gasol, and from then it was off to the races.

It was a dramatically different tone from the start of the night, when the Lakers were a Davis free throw shy of their lowest-scoring first quarter of the season. They missed seven of their first 24 shots, getting just 20 points. On the other side of the ball, they held the wrecking ball-body of Williamson (21 points) in check with double-teams in the paint. They had fewer answers for Ingram, the former Laker, who diced them up from all over the floor with jumpers and drives. He scored 17 of his 20 points in the first half.

The Lakers began to turn things around in the second quarter at the free-throw line, warming up what had been cold hands. Davis found his stroke after missing eight of his first 10 attempts from the field, and between the stripe and a few jumpers, the former Pelican scored nine of the last 14 points of the first half.

Dennis Schröder hit a banked-in floater to cut the margin to a single point at halftime, despite the fact that New Orleans shot 61 percent in the first half to the Lakers’ 40 percent.

The shooting gap was almost completely made up in the Lakers’ advantages in the turnover margin (plus-11 at the half) and at the free-throw line (20 Laker attempts to three for the Pelicans). The Lakers wound up with 12 fewer turnovers and 15 more made free throws in the game.

Kentavious Caldwell-Pope (16 points) capped a strong week returning from injury with his best shot-making performance yet. Among his four 3-pointers on the evening, the third quarter saw him nail one while falling to the court, sealing his claim as the most reliable deep threat on the team.