Kyrie Irving: Nets Will See Lakers ‘Down the Line’; ‘Everybody... 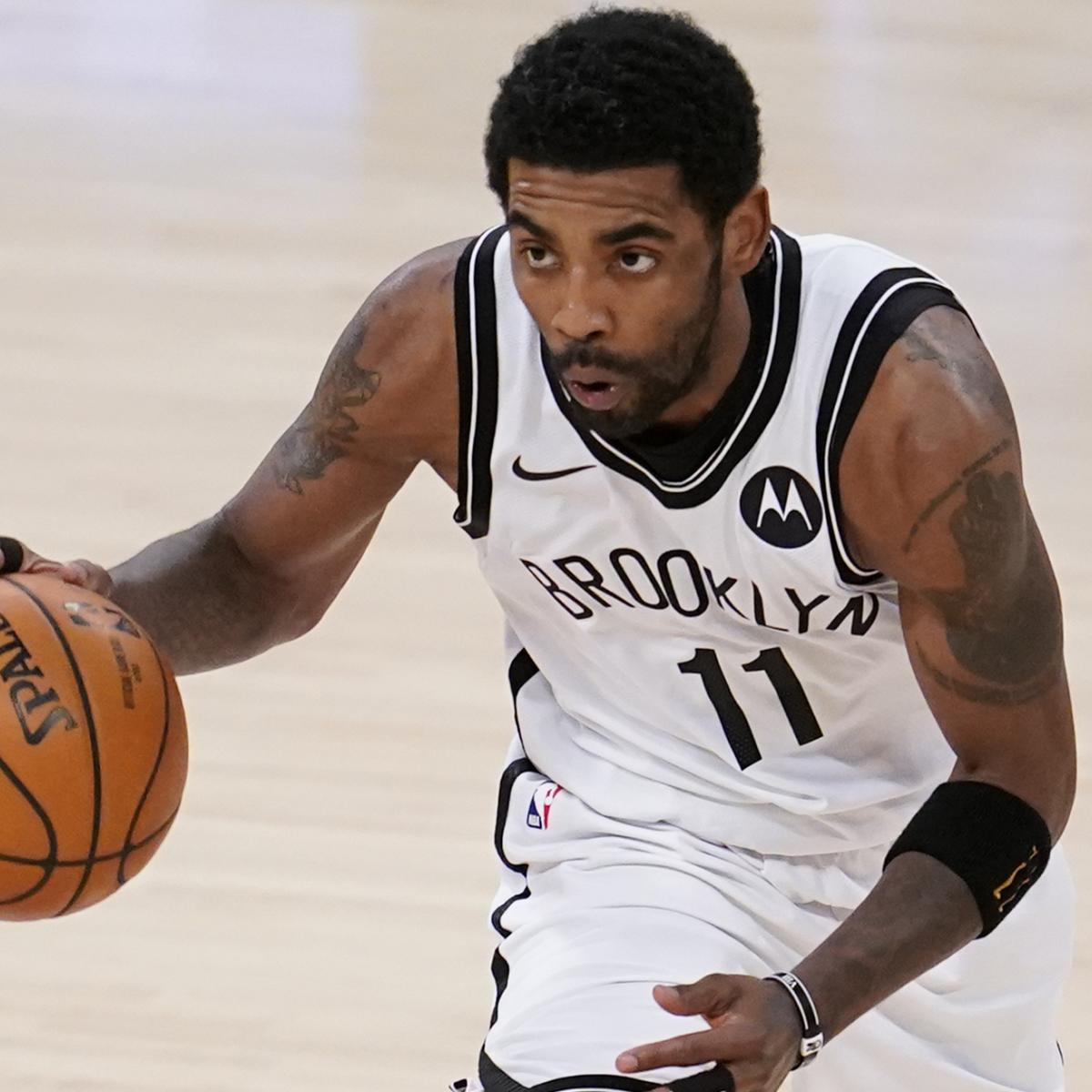 Brooklyn Nets guard Kyrie Irving said Friday that the Nets will see the Los Angeles Lakers again “down the line” following Thursday’s encounter between the teams.

The Nets beat the Lakers 109-98 on Thursday, but L. A. was without superstar big man Anthony Davis, who is dealing with an Achilles injury, and guard Dennis Schroder, who was out because of health and safety protocols.

Kyrie discussed facing the Lakers in the future when they are fully healthy:

The second half of the 2020-21 NBA schedule has yet to be released, but the Nets aren’t scheduled to play the Lakers again in the regular season, meaning Irving may have been alluding to an NBA Finals matchup between the teams.

The Nets weren’t fully healthy in their own right, as Kevin Durant missed the game with a hamstring strain, leaving Irving and James Harden to carry the load.

They did precisely that, with Kyrie recording 16 points, seven rebounds and five assists, and Harden leading the way with 23 points, 11 assists and five rebounds.

Brooklyn also got some production out of supporting cast members such as Joe Harris, who scored 21 points, and Timothe Luwawu-Cabarrot, who added 15 points off the bench.

The Lakers were without their Nos. 2 and 3 scorers in AD and Schroder, and it showed, as LeBron essentially had to put the team on his back.

James led all scorers with 32 and added eight rebounds and seven assists, but it was nowhere near enough to knock off the Nets.

Kyle Kuzma was the only other Lakers starter to score in double figures with 16 points, and only one other player besides James and Kuzma scored in double figures, that being Montrezl Harrell with 10 off the bench.

The Lakers boast arguably the best player in the world in LeBron, but it was blatantly obvious Thursday that James needs his running mates in order to compete with some of the other top teams in the NBA.

With Thursday’s win, the Nets extended their winning streak to five in a row and improved to 19-12, putting them just one game behind the Philadelphia 76ers for first place in the Eastern Conference.

Meanwhile, the Lakers fell to 22-8, and they remain second in the Western Conference, 2.5 games behind the still-surging Utah Jazz.

The Nets and Lakers are clearly two of the top contenders to go the distance this season if healthy, and if they do, it will be a rematch of the 2002 NBA Finals between Lakers and the then-New Jersey Nets.