Kobe Bryant’s Ring Gifted to Dad for Lakers Championship Could... 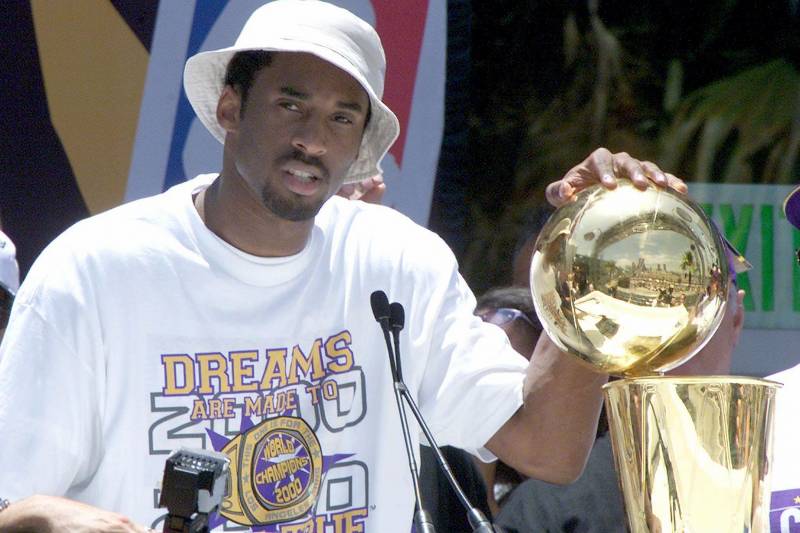 A ring given by Kobe Bryant to his father Joe to commemorate the 2000 NBA championship is expected to draw bids of up to $250,000 at an auction this month.

TMZ Sports reported Goldin Auctions is selling the 14-karat gold and diamond ring and expects it to draw more than the $206,000 price of the same ring that was given to Pamela Bryant, Kobe’s mother, which sold in May.

Joe and Pamela Bryant initially sold the rings and other memorabilia at auction in 2013. Kobe sued his parents to stop the sale of several pieces of memorabilia but eventually allowed them to sell some items, including the rings. The whole set was sold to a collector for $280,000.

The collector held on to the rings until Bryant’s death in January. Bryant was one of nine people who died in a Jan. 26 helicopter crash that also killed his 13-year-old daughter, Gianna.

The rings are among several items that have hit the auction block since Bryant’s death, with their value skyrocketing. Goldin is also expected to sell a cast Bryant wore on his wrist in 1999, a Topps Chrome Refractors rookie card and a basketball signed by Bryant, Michael Jordan and LeBron James.