Dennis Schröder says he would ‘love to’ sign an extension... 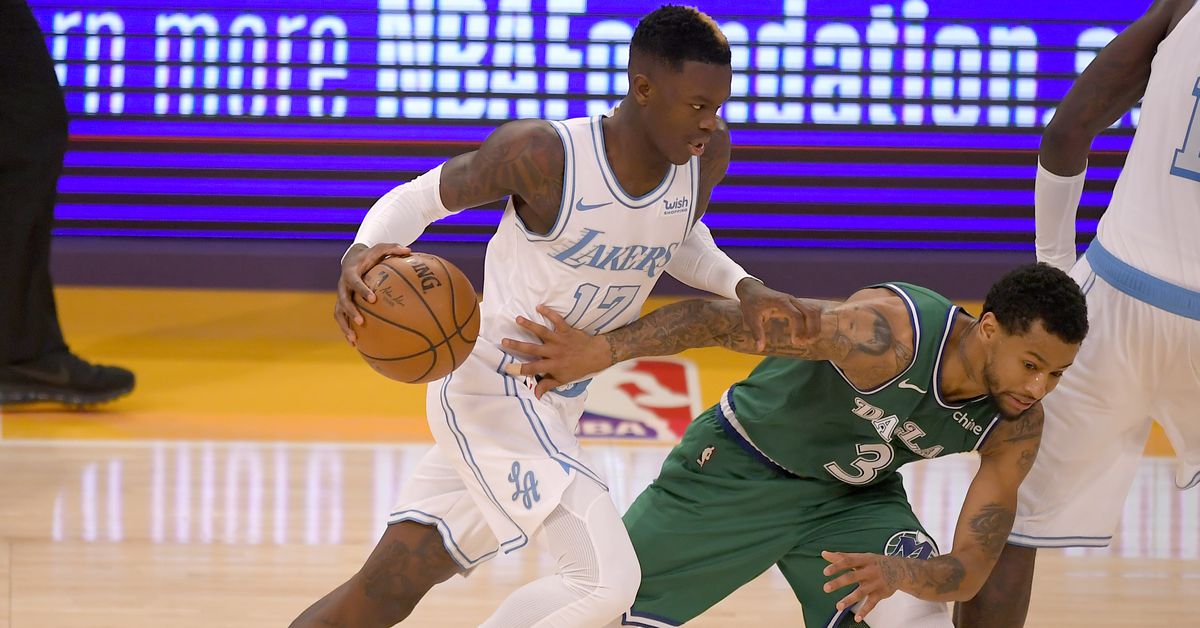 Just before the Lakers took the floor for their Christmas Day matchup with the Dallas Mavericks, Adrian Wojnarowski of ESPN dropped the bomb that Dennis Schröder had turned down an extension offer from the team, but that the two sides were expected to continue talking.

After Schröder dropped 18 points and 6 assists to power the Lakers to an easy holiday win over the Mavericks, he was asked about those conversations by the media, and made it sound like he’s very open to staying in purple and gold for years to come:

When Anthony Davis was informed that there were rumors that Schröder might extend, he nodded his head and appeared to mouth the word “wow,” and the words he actually said were an even bigger endorsement of the Lakers’ starting point guard.

“He’s adapted really quickly,” Davis said. “He’s a guy who wants to learn, who wants to be great on both sides of the ball, he’s always talking… From what I’ve seen, he likes it here so far and it’d be great to lock him in for the next couple of years.”

Now, a player will never say publicly that a team shouldn’t extend someone, but if Davis was lukewarm on this, he would have likely given the standard “I don’t talk about rumors” or “I let the team handle contracts” at the bare minimum. Saying it would be “great” to give Schröder a new deal is very much not that, and if Davis is on board, it’s safe to say that the Lakers really should get this done. As we covered when this story broke, there is really no logic that currently exists for the Lakers to not extend Schröder, because they gave stuff up for him, can’t easily replace him, and are capped out either way.

The team can’t offer Schröder more money until Feb. 16, but barring some unforeseeable drop-off in his play or him not gelling in the locker room — which so far he clearly is ��� there is no reason for the Lakers to not make sure this gets done as quickly as possible, especially since both sides sound motivated to find a middle ground. Whether the two sides can agree on something reasonable remains to be seen, but everyone is saying the right things right now, and as a result, there is even more room for optimism about the Lakers both on and off the court.

For more Lakers talk, subscribe to the Silver Screen and Roll podcast feed on iTunes, Spotify, Stitcher or Google Podcasts. You can follow Harrison on Twitter at @hmfaigen.