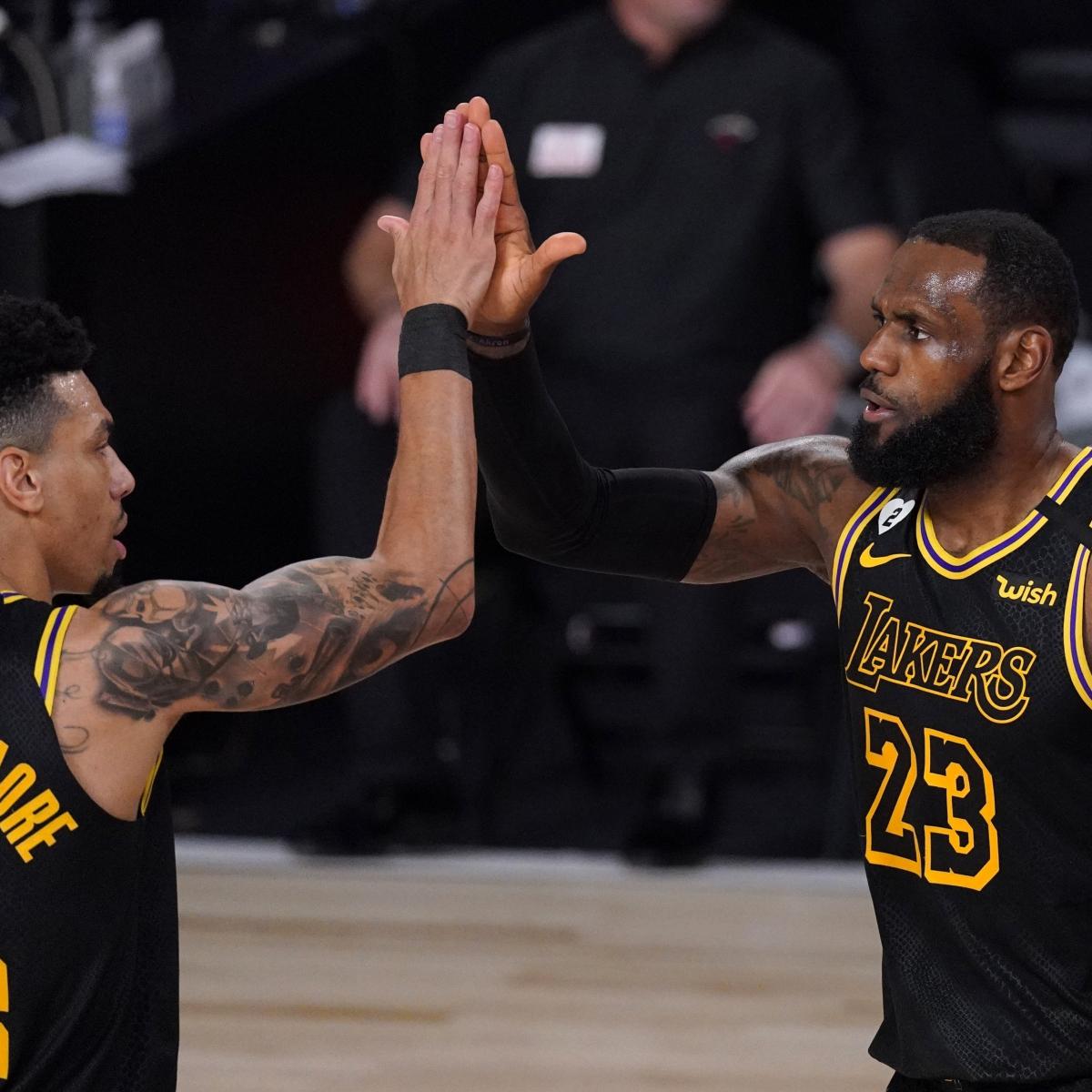 LeBron James turns 36 years old in December and is coming off his 10th NBA Finals appearance with plenty of basketball miles on his legs.

With that as the backdrop and every season considered a championship-or-bust campaign with an emphasis on the playoffs for the all-time great, Los Angeles Lakers teammate Danny Green believes James would sit out the start of the 2020-21 campaign if it started on Dec. 22.

Lakers guard Danny Green on the proposed Dec. 22 start to next season:

“If we start in December, I think most guys [are like] ‘I’m not going to be there… to have that quick of a restart, I wouldn’t expect [LeBron] to be there for the 1st month of the season.” https://t.co/NYqNxzNEmZ

Shams Charania of The Athletic and Stadium reported the league is looking at a Dec. 22 start date with the hope of playing 72 games and finishing the season before the 2021 Olympics. He also noted the league office told the Board of Governors that starting then could lead to more than $500 million in additional revenue.

A Dec. 22 turnaround would be quick for the Lakers and Miami Heat, who just finished a six-game NBA Finals on Oct. 11.

The past season was anything but traditional considering it was suspended in March because of the COVID-19 pandemic and then restarted months later at the Walt Disney World Resort in Florida.

While having the games inside the bubble cut back on travel, playing and living in such an isolated setting took a mental toll on many players. It’s understandable that many will need a longer offseason to recover, especially veterans like James.

The Lakers are coming off winning a championship and should have enough talent to come together and compete for another even if James misses some time in December. Having him ready to go and hitting his stride by the playoffs is far more important than whether he plays in the first few weeks of the season.