Can the Lakers be the new Warriors with a twist:... 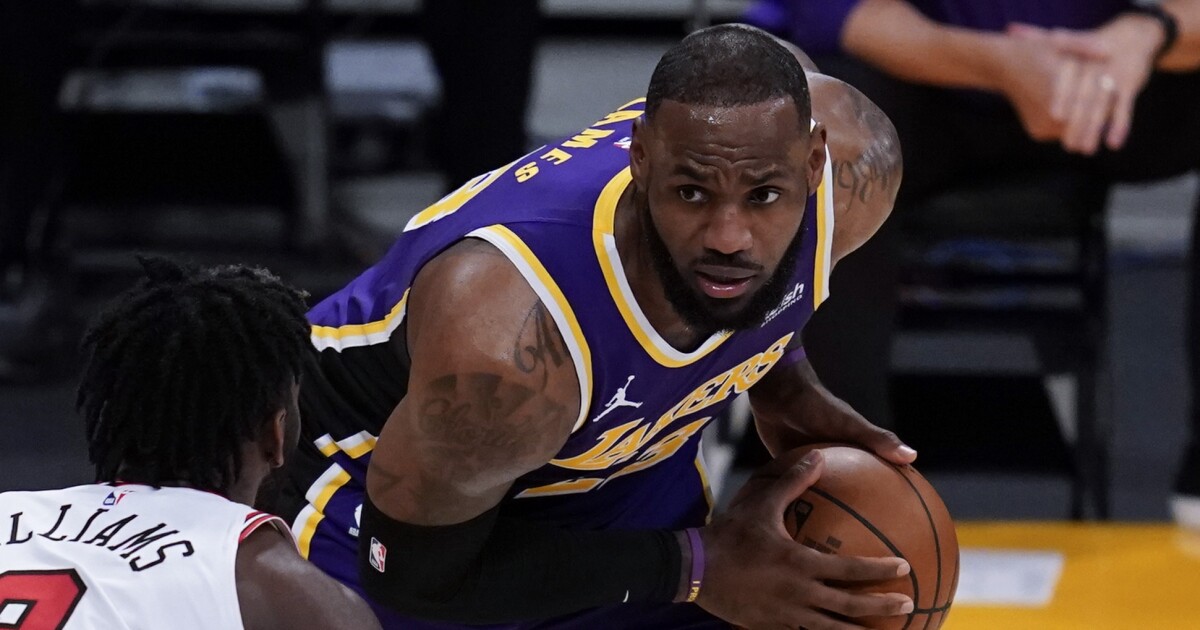 Less than 400 miles south of Oakland, the site of the NBA’s last dynasty, the Lakers are building a new palace of power.

After injuries and free-agency defections unceremoniously ended their reign, the Golden State Warriors visit what could turn into the league’s latest seat of power Monday. The Lakers (11-3) are the defending champions and title favorites this year, they own the best record in the NBA, and with their stars locked up in multiyear contracts, they could make a run at the kid of dominance the Warriors displayed when they won three titles in four years from 2015 to 2018.

The Warriors were one win from a fourth title in 2016 before LeBron James rallied the Cleveland Cavaliers from a 3-1 deficit to a historic comeback and championship.

“It’s just the cycle of life in the NBA from just a team perspective,” said guard Kyle Kuzma, the longest-tenured Laker who watched the Warriors win the West in each of his first three seasons before the Lakers won last year. “It’s very hard to be a San Antonio Spur and go to the playoffs 20-plus years.”

After ending their six-year playoff drought with a championship, the Lakers locked in the foundation of their franchise: James and Anthony Davis, the first set of teammates to be named first-team All-NBA since 2004. James, 36, signed a two-year contract extension worth $85 million in December while the 27-year-old Davis agreed to a five-year, $190-million deal that signaled his commitment to be the franchise’s cornerstone after the James era ends.

Despite the shortest offseason in NBA history, the Lakers’ central pillars are as strong as any duo, with James averaging 24.1 points, 8.1 rebounds and 7.7 assists in his 18th year in the NBA and Davis adding 21.7 points, 8.3 rebounds and 1.8 blocks.

Their success means the Lakers are the new standard bearers for the NBA, Davis said, as the defending champions acquire a target on their backs. Davis said keeping that distinction will be a “year-by-year” endeavor for him and James.

Many of the Lakers’ key contributors also are under contract beyond this season, including Kuzma and Kentavious Caldwell-Pope, who are signed through 2022-23 and Montrezl Harrell, who signed a two-year deal before this season.

“We have such a small time in the NBA and even smaller of a window, when we talk about dynasties, to make it really happen,” Kuzma said. “So gotta get there first. That starts with trying to win championship No. 2.”

After league-wide efforts to promote social justice in the last year, the NBA’s Martin Luther King Jr. Day slate Monday could turn into another moment for players to advocate for racial equality, Davis said.

Playing on the holiday is “always an honor,” Davis said. Before the NBA started the season in December, Martin Luther King Jr. Day was considered a possible starting day for the COVID-19-shortened season.

“For everything that MLK did for us, did for this world, any time you get a chance to play on MLK Day, and represent what he wanted all along, you couldn’t be more happier to do so,” Davis said. “At least I will definitely be happy to play.”

Update: The Warriors (6-6), still missing Klay Thompson in another season lost to injury, are competing for a playoff spot behind the brilliance of Stephen Curry, who had a 62-point game Jan. 3 against Portland.