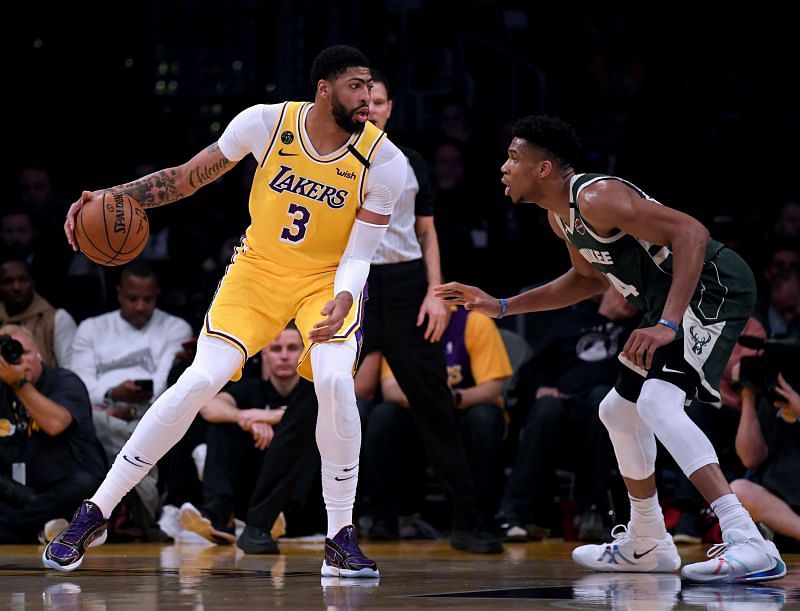 After falling to a defeat in their last game against the Brooklyn Nets, title contenders Milwaukee Bucks will take on reigning champions LA Lakers. This is expected to be a scintillating contest between two teams who belong to the NBA’s upper echelons.

The battle will take place at the Fiserv Forum and will feature two of the biggest stars in the league – Giannis Antetokounmpo and LeBron James.

The LA Lakers have picked up where they left off last season and have managed to maintain a league-best 11-4 record this campaign. They have obliterated oppositions on both ends of the floor until now, scoring 115.3 points per game and only allowing 105.1, which is good for the league’s third-best defense.

However, they lost their last game against the Golden State Warriors, and it is safe to assume that head coach Frank Vogel will be looking for a positive result when LeBron James and co take the court on Thursday.

After missing out on the NBA MVP award last season, four-time winner LeBron James has ensured that he will be a part of the conversation for the best player in the league this year too. The veteran playmaker has averaged 23.7 points, 7.9 rebounds, and 7.5 assists in the 2020/21 campaign.

James’ teammates will need his sharp passing skills more than ever when they come up against a defensively sound Milwaukee Bucks unit on Thursday. LeBron James will be more than happy to oblige, considering he has always cherished this fixture.

The Milwaukee Bucks’ four-game winning streak finally came to an end yesterday, as they lost to a resurgent Brooklyn Nets outfit 123-125. The Bucks’ journey this season has followed a pattern – they have been dominant against the minnows but have come up short against the good teams.

Milwaukee Bucks head coach Mike Budenholzer would like to see his team end this trend when they welcome the reigning champions to their arena.

The only criticism the Greek Freak has received until now is with regard to his free throw shooting numbers, which currently sit at a paltry 58.6%. Giannis Antetokounmpo will have to do better than that against the LA Lakers, who have the talent to punish a half-hearted effort from him.

The LA Lakers will be the favorites going into this game, considering their record and Anthony Davis and LeBron James’s presence. The game is set to be a close one if both teams’ star-studded rosters are to be taken into account. However, fans can expect the LA Lakers to clinch it.

The LA Lakers vs. Milwaukee Bucks game will be covered nationally on TNT Network. Locally, it will be televised on Spectrum Sportsnet. Fans can also live-stream this matchup via the NBA League Pass.